Have you tried all 15 of these tasty dishes, wrapped or cooked in leaves?

Brilio.net - Indonesia has so many different kinds of food. There’s something for everyone, including some very tasty items wrapped or cooked in leaves. How many have you tried?

Brilio.net has compiled a list of 15 Indonesian favorites, Wednesday (9/9), wrapped or cooked using leaves that will make your mouth water! Everybody lontong, right? Often eaten as a replacement for steamed rice, this delicious treat is made from compressed rice rolled into a small log shape. It’s wrapped in a banana leaf and steamed over boiling water for a few hours. You can find lontong as a side dish for many different foods, including lontong sayur (vegetable stew with coconut milk), lontong balap (tofu, beansprouts, soybean cakes, chili), rujak cingur (vegetable salad with chili) and soto (vegetable & meat soup). 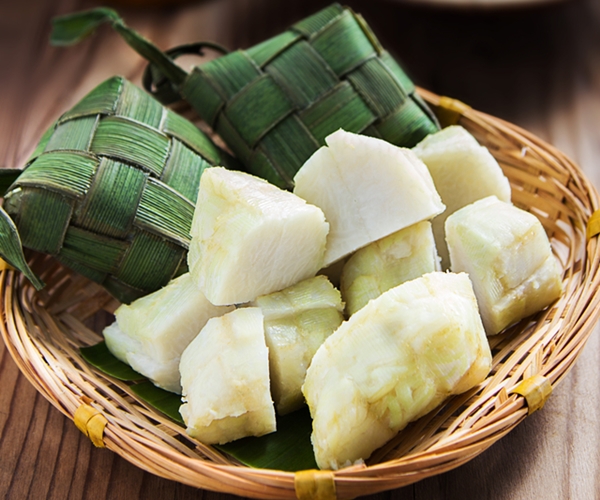 Ketupat has a similar texture and taste to lontong, except ketupat is wrapped in plaited coconut leaf. It is often served during Eid, but that’s not the only time you can eat this tasty dumpling! In certain areas, such as Yogyakarta, it is sold daily! Try ketupat sayur which is ketupat and lodeh (curried jack fruit). Yum! Pepes is the Indonesian method of cooking that uses a banana leaf as the food wrapper. The banana leaf is packed with tasty fillings, mixed with special spices and seasonings, and then steamed, boiled or even grilled over charcoal. There are so many different kinds to choose from: pepes nasi (rice pepes), pepes ayam (chicken pepes), pepes teri (anchovy pepes), pepes ikan (fish pepes), and don’t forget pepes jamur (mushroom pepes). The aroma so inviting! You’ll want to try some the moment you smell the pepes seasoning and the banana leaf cooking!

We can’t forget the yummy traditional snacks wrapped in dried corn leaves (husks or klobot in Javanese), such as, wajik kletik (sticky rice cake with coconut) Blitar, East Java. And, how about clorot (sweet rice cake and coconut) from Purworejo (Central Java) that is wrapped in young coconut leaf and shaped like an ice cream cone! All of these traditional snacks can be found in any market or pastry shop. Let’s go! 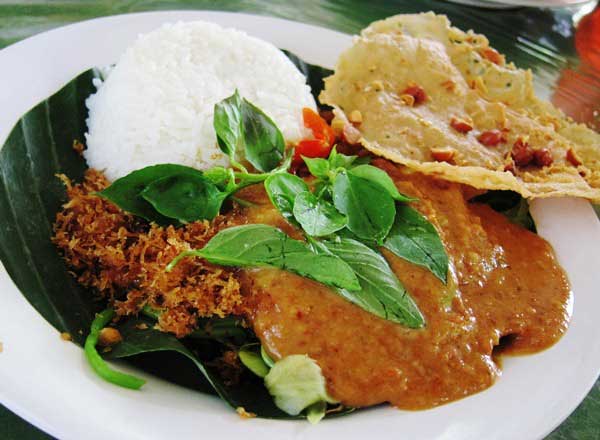 This traditional food from Kediri, Blitar, Madiun and Ponorogo (all located in East Java) has become a favorite dish for many Indonesian people. It comes with peanut sauce, side dishes that include rempeyek (Indonesian peanut brittle), fresh vegetables. All of this is served in a cone-shaped plate made from a banana leaf called pincuk. Simply irresistible! Don’t you think so?

Up Next: Lord of the Rings soundtrack voted best of all time by radio listeners