One Biker's Struggle To Pick A Jakarta Governor Candidate To Support

We gotta admit, it's a tough call to make.

Brilio.net - There has no doubt been a lot of talk and excitement going on around the upcoming Jakarta gubernatorial election, and nothing reflects the difficult decision citizens have to make better than this one photo that recently went viral.

At a glance, this shot posted by Thomy Setiawan on Tuesday looks like any normal day in the city. But we haven't seen anything quite like this guy in the middle... 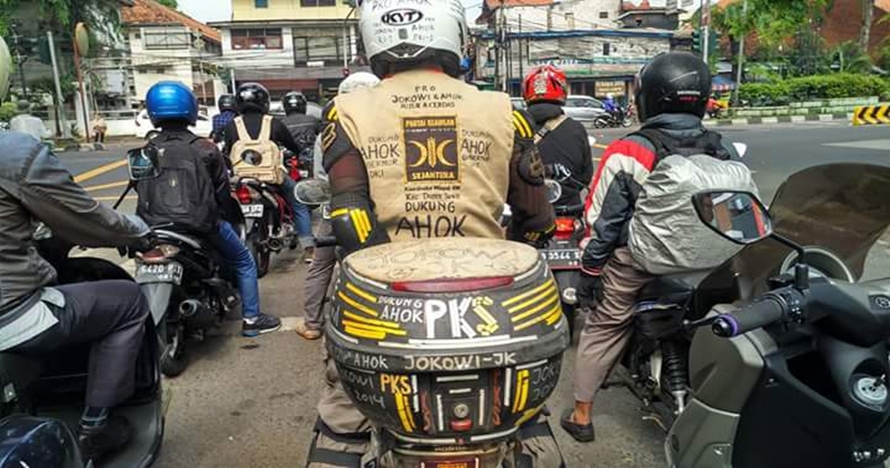 The logo on his jacket may by that of the Prosperous Justice Party (PKS), but all the other writings on his jacket and his motorbike seem to be showing support for president Jokowi as well as Ahok, current governor of Jakarta who has recently announced his candidacy under the Indonesia Democratic Party of Struggle (PDI-P). Even Anies Baswedan, PKS's official candidate for the election failed to score a mention on this bike.

"Who says a PKS can't be allowed to support Ahok? Wkwkwk," said other netizen.

Up Next: Beyond The Beaches: 16 Gorgeous Waterfalls You Can Find In NTB