Soekarno’s spouses left their own special mark on history and the stories of his relationships with them are incredibly romantic!

Brilio.net - Soekarno (a.k.a. Koesno Sosrodihardjo) was Indonesia’s founding father, its first president and prominent leader of the nationalist movement under Dutch colonialism.

As the man who ruled Indonesia from 1945 to 1967, Soekarno was famous for his virtuoso political performances, oratory skills... and his love of women. The anti-imperialist leader’s charm, charisma and flamboyance made him something of a ladies’ man, and his marital record proves it. Soekarno had nine wives.

Each story is worth its own movie as Soekarno fell in love repeatedly, betraying the true romantic in him. Keep scrolling to meet nine first “first ladies” of Indonesia! 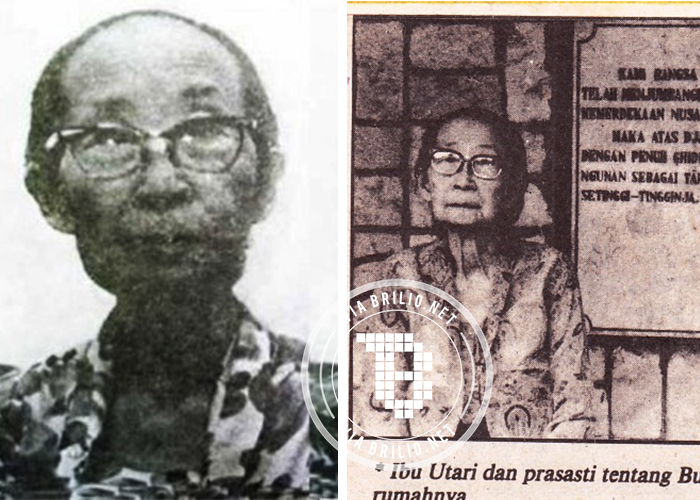 Oetari was the daughter of Soekarno’s political mentor and leader of Sarekat Islam, HOS Tjokroaminoto. She was only 16 and he was 20 when they tied the knot. They were married as Soekarno had started his political career and the movement towards independence, and the marriage to the young teenager never really took off. Their relationship was more like brother and sister than a couple. He “never touched” his first wife and eventually divorced her in 1923. 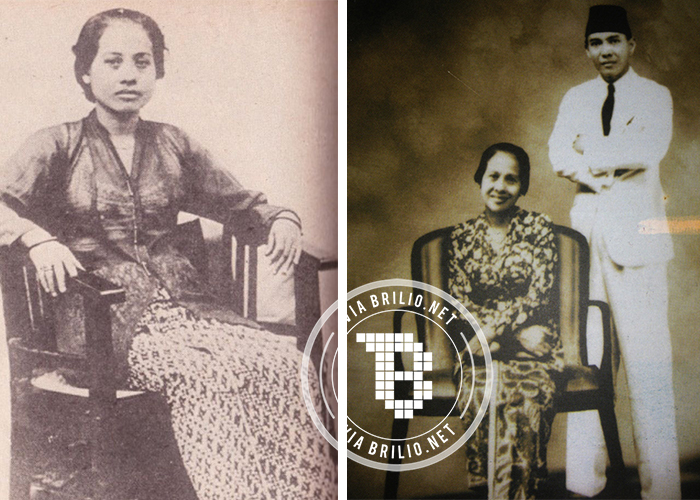 Soekarno met Inggit in 1921, when she was his landlady in Bandung. Although she was 12 years his senior, the 20-year-old Soekarno was captivated by her beauty, though they were both married that time. After both getting divorced they married in 1923. Inggit was by Soekarno’s side through the challenges of the independence struggle, including when he was jailed in Bandung, exiled to Flores and then exiled again to Bengkulu. They had no children. 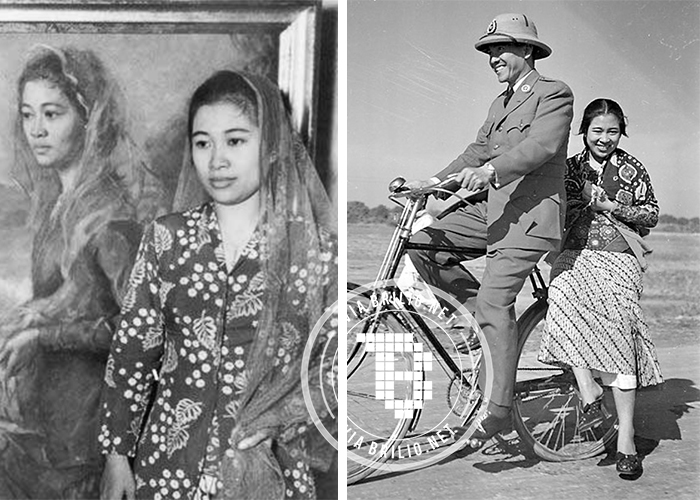 While he was exiled in Bengkulu, Soekarno met the woman who would be his third wife. Soekarno lived in the Sumatran province with his wife Inggit and their two adopted children. One day, a family friend named Hassan Din brought his daughter, 16-year-old Fatmawati, to meet the family. She ended up living with them to pursue her education. Soekarno was captivated by the young girl but tried not to show it in Inggit’s presence. 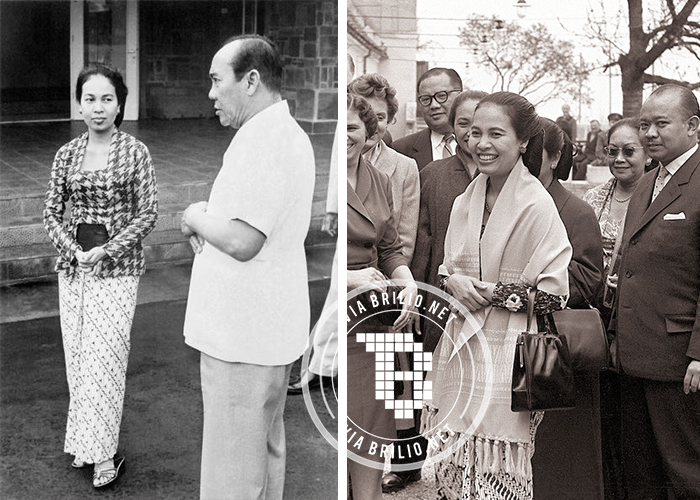 Soekarno fell in love with Hartini and proposed to her in 1953. She was a widow with five children when they first met at Prambanan Temple in Yogyakarta. Another version says that the two met in the house of the Mayor of Salatiga. Two days after the birth of Guruh Soekarnoputra on January 15, 1953, Soekarno asked for Fatmawati’s permission to marry Hartini. She consented. Hartini would stay married to Soekarno until his death. He fathered a son with her, Taufan Soekarnoputra. Soekarno married Kartini Manoppo, a girl from Bolaang Mongondow in North Sulawesi, in 1959. She was a former stewardess on the national airline Garuda Indonesia. Soekarno saw Kartini for the first time in a painting by Indonesian artist Basuki Abdullah. He fell in love with the girl in the painting and asked Basuki to arrange a meeting. Soekarno asked Kartini to be his personal stewardess on his official flights, and they eventually married in 1959. They had a son together, Totok Suryawan Sukarno.

SOEKARNO IS SURE A CHARMING PRESIDENT, CLICK NEXT TO REVEAL THE LAST THREE.

Up Next: 9 Hidden beaches in Banyuwangi that will take your breath away