75-year-old decided to devote his life to help people in need after one horrible night when Vijay and his wife lost their baby.

Brilio.net - One day, engineer Vijay Thakur gave up his career and began to drive a taxi. But his taxi is not an ordinary one. It’s actually has a secondary function as it servers as a free ambulance service for all those who need to get to the hospital, at any hour of the night and day.

As featured on Bored Panda, the 75-year-old decided to devote his life to help people in need after one horrible night when Vijay’s pregnant wife began to experience sudden pain in her abdomen. He knew that they have to rush to the hospital, but it was 3 a.m. and there were no cabs around. That night ended with Vijay’s wife suffeing a miscarriage, which marked a turning point in his life.

That’s how Vijay became an ambulance taxi driver; he doesn’t want anyone else to go through what he did, years ago. 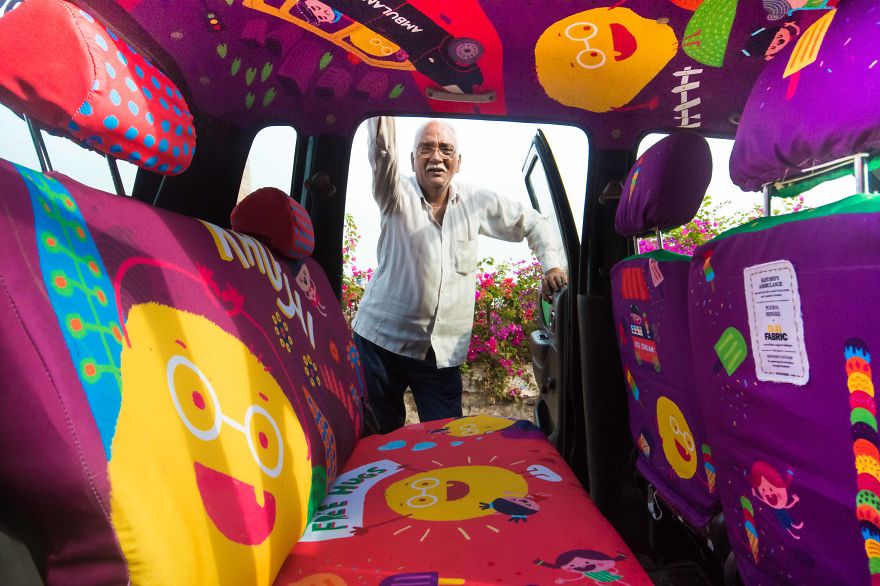 Fortunately, now he has his daughter Khushi who has brought great joy into his life. From her comes his inspiration to do the same for others everyday.

Then in one steamy afternoon, some folks approached his neighbourhood and sat with Vijay at a nearby tea stall to talk about how his life had unfolded. the story touched millions. One of the people was Isha Jhunjhunwala, wanted to create something to appreciate what Vijay did for so many people. So, along with the designer Poorva Shingre, they decided to do a makeover to Vijay’s taxi, and created the so-called Taxi Fabric that has turned out to be iconic! Up Next: Dubai's grand plan in launching driverless cars