Kartini’s Letters Reveal Her ‘Other Side’ As A Muslim

We know her as a women's rights advocate. But she’s much more than that.

Brilio.net - Raden Ajeng Kartini (or Lady Kartini) lived in an age when the culture and society didn’t side with women.

It was a period when feudalistic and patriarchical cultures were still upheld in the archipelago. An age when women had to endure the so-called “double colonization.”

As a noblewoman, until the age of 12, Kartini was allowed to attend the Europese Lagere School (ELS). There, among others, Kartini learned Dutch. But after the age of 12, she had to leave school to stay at home, like any other young Javanese girls. In Javanese noble tradition, girls have to be prepared for matchmaking, and were not allowed to leave house until their marriage.

Kartini saw how women were treated as second-class citizens, not allowed to get education like men.

Kartini expressed her concerns in letters she wrote to her pen pals. In Kartini’s letters to Rosa and Stella, she protested gender inequality, educational restrictions, and the custom of forced, early marriage in Javanese tradition.

Her writings were amongst the first feminist ideas in Indonesia, which can give the impression that Kartini was a secular feminist.

In fact, Kartini came from a Muslim family, and she was a devout Muslim in her own way.

She was very obedient and respectful to her father and husband, as taught to her, even though in her heart she had her own opinion.

In her letters to Stella, she expressed her confusion over Islam. In those days, the Javanese didn’t have easy access to religious teachings, because the Dutch East Indies government forbade the translation of the Qur'an into the Javanese language.

In her letter to Stella dated November 6, 1899, Kartini wrote:

“Regarding my religion, Islam, what should I tell? Islam forbids its followers to discuss religious teachings with people of other faiths. After all, I am a Muslim because of my Islamic ancestry. How can I love my religion, if I do not understand and should not understand it?

The Qur'an is too sacred; Should not be translated into any language, in order to be understood by every Muslim. Here, no one understands Arabic. Here, people learn the Qur'an but do not understand what they read.

"I think, it is crazy if someone taught to read but not taught the meaning of what they read. It’s the same as you told me to memorize English, but don’t let me know the meaning.

"I think it’s fine not to be a pious, as long as I am a good person. Isn’t that so Stella?” 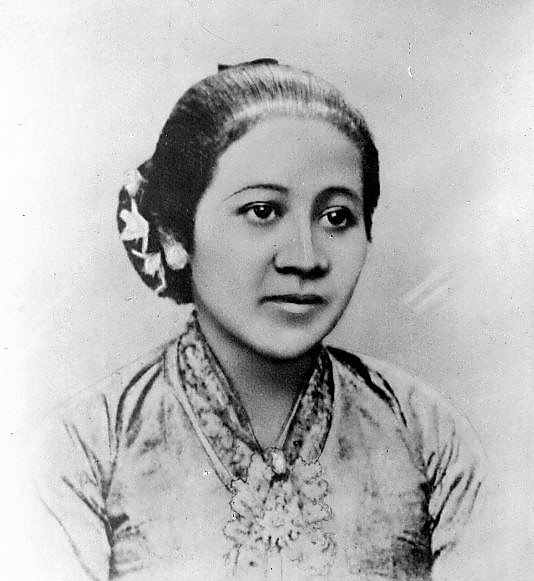 In another letter to Rosa, dated August 15, 1902, she expressed the same feelings:

In a letter Kartini wrote to Nellie Van Kol, dated July 21, 1902, she wrote, “I am determined and work to improve the image of Islam, which has always been the target of slander. May we have His mercy, so we can put efforts to make other religions view Islam as a favorable one.”

Just as any other Javanese woman in her time, Kartini did not always get much religious education.

However, fate introduced her to Muslim scholar Muhammad Saleh bin Umar As-Samarani (nicknamed Kyai Sholeh Darat) from Darat, Semarang. Kyai Sholeh Darat gave a lecture on the interpretation of surah Al-Fatihah in Kartini’s uncle's house. She was fascinated by the meaning of its verses, which were new to her.

When she had the opportunity to met Kyai in person, Kartini opened the dialogue, “Kyai, please allow me to ask how the law in religion [can make] a knowledgeable person hide her knowledge?”

“Why does Raden Ajeng ask that?” Kyai Sholeh Darat replied.

“Kyai, during my life time, this is the first time I have the opportunity to understand the meaning of Al-Fatihah, the first surah and the mother of the Qur'an. It was so beautiful, it thrilled me,” said Kartini. “Al-Fatihah had been dark for me. I didn’t understand any of its meanings. But from this day, the surah became bright-lit up to its implicit meanings, for Kyai had explained it in Javanese, which I understand.”

Kyai Sholeh Darat was inspired by the conversation. Despite the Dutch East Indies government prohibition, he decided to translate the Qur’an into Javanese.

This Qur'anic translation called the Book of Faidhur-Rohman, Indonesia’s first Qur’an in Javanese. He gave it to Kartini the day she married R.M. Joyodiningrat.

In the translation of the Qur’an, Kartini found a verse that deeply touched her heart, “God is the Protector of the believers; He brings them forth from the darkness into the light.” (QS Al Baqarah:257)

In her many letters to Rose Abendanon, Kartini repeated the words “from the darkness into light.” Later, Rose’s husband J.H. Abendanon collected Kartini’s letters and bound them into a book, Door Duisternis tot Licht (that phrase in Dutch), later translated into Bahasa Indonesia by author Armijn Pane, and published under the title 'Habis Gelap Terbitlah Terang'. 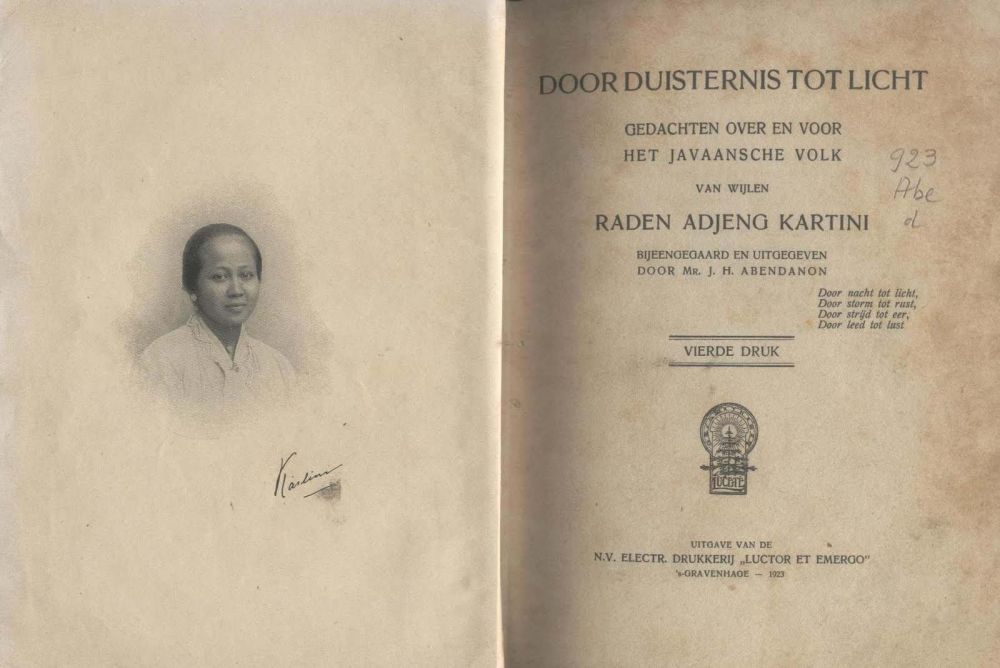 Kartini's letters in a book by JH Abendanon

With the Qur’an translation, Javanese society was able to study and observe the contents of the Qur'an, and have a deeper understanding of Islam.

This made Kartini more than a feminist who fought for women's rights, but also a woman who contributed in the spread of Islamic teachings in the colonial Java.

Up Next: US Vice President Pence Announces $10 Bn In Deals On Indonesia Trip