Her foundation funds work on the prevention of mosquito-borne diseases.

With a minimum publication, Melinda Gates has made a trip to Indonesia on Wednesday. On her personal Facebook account, she posted some photos during her visit to Yogyakarta.

Co-chair of Bill & Melinda Gates Foundation went for a research on to design a medication that can fight diseases brought by mosquitoes. The scientific project is a continuation of the Eliminate Dengue Program (EDP) project carried out last year intended to prevent the spreading of Zika virus by Aedes aegepty mosquitoes. In the past years, Zika outbreak had gripped Latin American and Caribbean countries and Bill & Melinda Gates Foundation has financed some of the EDP projects. Melinda visited the Eliminate Dengue Laboratory where the research takes place. Here, researchers are trying to infect mosquitos with Wolbachia  — a bacteria that is able to prevent the virus from multiplying itself when staying in the mosquito's body, ensuring mosquitoes are unable to transmit the virus to humans. 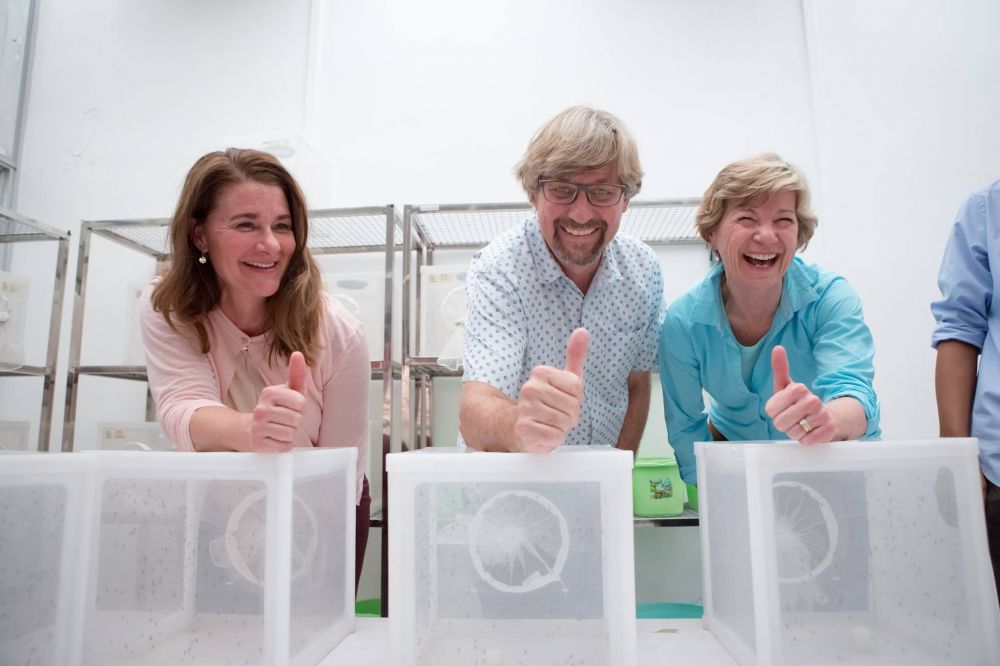 "Right now, I’m on a learning trip in Indonesia. Day one was pretty incredible — filled with stunning vistas, fascinating conversations, and thrilling discoveries that make me even more optimistic about Indonesia’s future," wrote Melinda on her Facebook account.

"That technology will save lives. It can even be applied to Zika. And it stands as a testament to the astounding progress we’re making in the global fight against disease." It remains unknown how long Melinda Gates will stay in Indonesia as she was seen unaccompanied by her husband, Bill Gates who was recently named as the richest man in the world by Forbes Magazine.

Up Next: 22 Funny Starter Packs You Never Knew You Needed