Resa is a living proof that a girl from the landfill can do wonders.

Bantar Gebang landfill in Bekasi is not only a home for Jakarta’s tonnes of waste, but is also a home for thousands of young children whose families make their livings picking through the waste hills. Most children end up being scavengers when they grow up and getting married at a very young age.

Her family moved from Padang in West Sumatera when she was eight to Bantar Gebang, when the place was still green with stretching rice fields. She grew up in Bantar Gebang and saw the area turning into mountains of garbage. She was bullied when her friends found out that she lived among the waste and she had almost nothing. But Resa somehow managed to escape poverty and now she’s trying to help her fellow Bantar Gebang residents to get a better future.

Resa and her friend John Devlin set up a volunteer hub called ‘The Kingdom of BGBJ’. We met with Resa to hear her story. 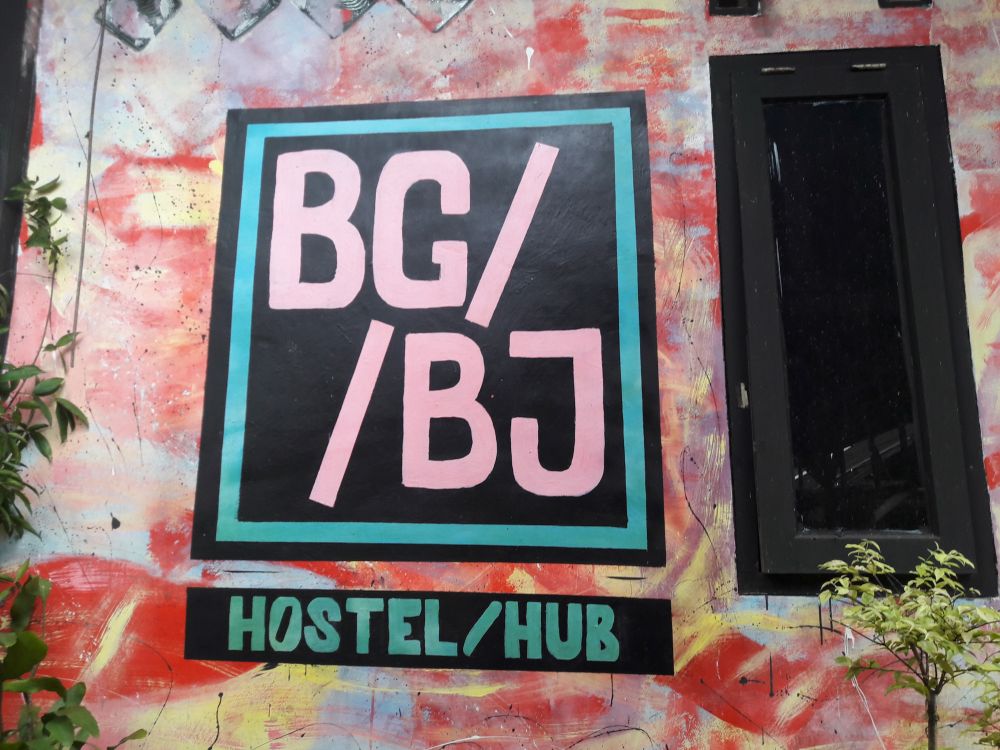 Can you tell us about the Kingdom of BGBJ?

BGBJ, pronounced biji-biji, stands from ‘the seeds of Bantar Gebang.’ That refers to children who live in this landfill. We assume that seed is the beginning of life; something we can tend with love, so that it later grows into something useful. We want the children in Bantar Gebang to grow and maximize their potentials and eventually manage to get a better life. In BGBJ, they learn English, music, martial arts, science and many other things. We also encourage and motivate them to be anything they want to be, so people won’t underestimate them for living in a landfill. 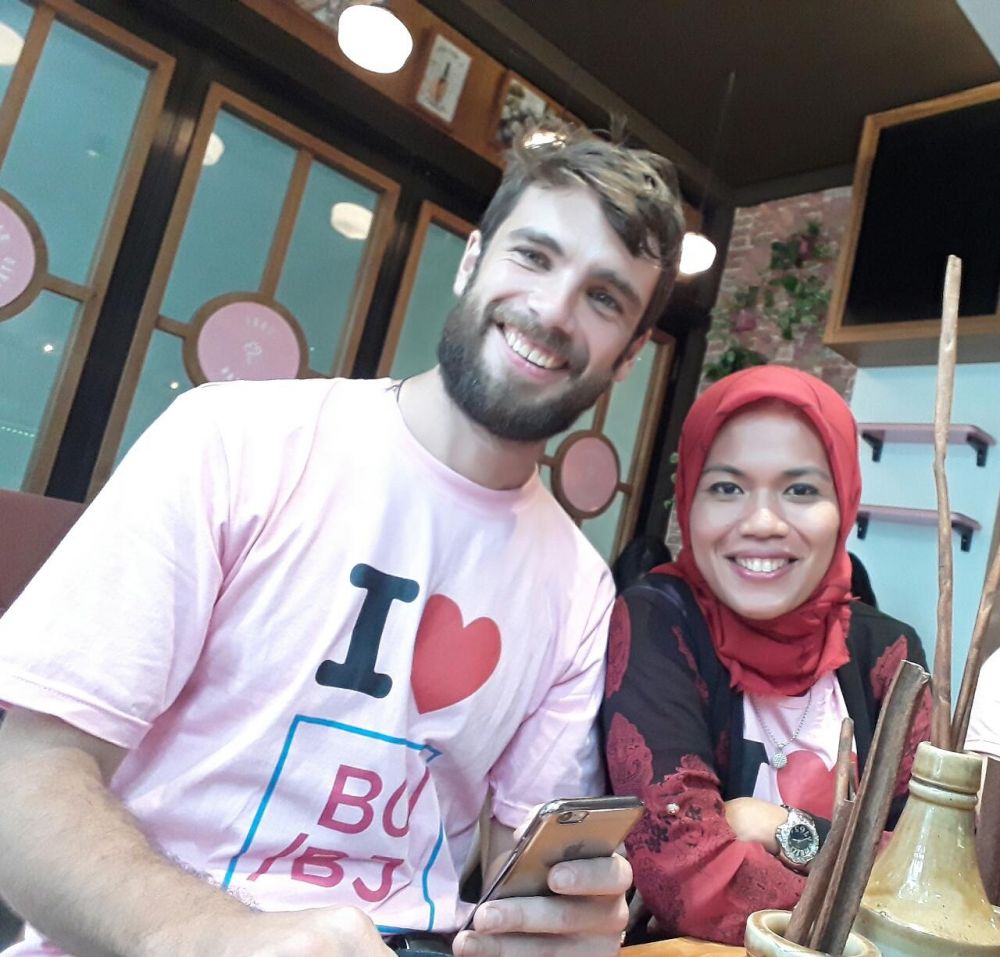 What moved you to start BGBJ?

I’ve been living here in Bantar Gebang since I was eight, before this place became a complex of garbage mountains. There were only rice fields in here back then, so my parents hoped that their child could live a peaceful life like in remote villages; playing between paddy fields, catching tiny fishes and all. I watched how Bantar Gebang transformed into a landfill, how the community changed. I also know how it’s like to live and grow up in a landfill, hence I know the challenges children must face for living in such surroundings.

As a young girl, I had been bullied for living in a landfill. In elementary school, they called me smelly, and even in college, they called me the Princess of the Landfill. In rainy seasons, when I went to school with my shoes dipped in landfill mud, the smell, like cat’s poops, would spread all over the classroom. Kids can be harsh. They would tell me ‘You’re so smelly, Bantar Gebang girl!’ I used to bring wet tissues to wipe my shoes so they wouldn’t notice the smell. It didn’t always work.

Children who live in Bantar Gebang landfill have to face such things every single day. It deprives their confidence. We’re here to lift it up, to show them things they could be if they want to and if they’re willing to give efforts to achieve it. With motivation and education, we believe that we will make a change. Seven out of ten kids, or even three out of ten, it doesn’t matter.

What makes you believe that BGBJ will succeed and that the children will have a bright future?

We believe that we’re doing the right thing. I will never forget my own story. I grew up in a place without many things to offer. My father left me and my mother when I was 12, and even my family believed that I won’t be anything.

‘Her father has left them. There’s no way Resa will be able to finish her education,’ I heard one relative told another. Well, my mom and I had almost nothing back then.

After finishing my secondary school, mom had no money to send me to university. Then I used my free time teaching kids here, English, craft, anything they didn’t get from school. That’s how I became an activist. But then the fellow activist told me that if I want to be taken into account I have to hold a degree. They helped me to raise funds, and we managed to have a benefactor. But that was far from enough.

But then I’ve got foster parents. That’s a funny story. My foster parents were a couple from England. They came to Bantar Gebang, accompanied by an interpreter. They tell a joke with each other and I was the only one who laughed. They noticed and told the interpreter that they want to be accompanied by a local who speaks English. The interpreter told them that there’s no chance anyone can speak English in a landfill, but they insisted... and ended to be my foster parents. I managed to obtain a Bachelor’s Degree in Information Technology. 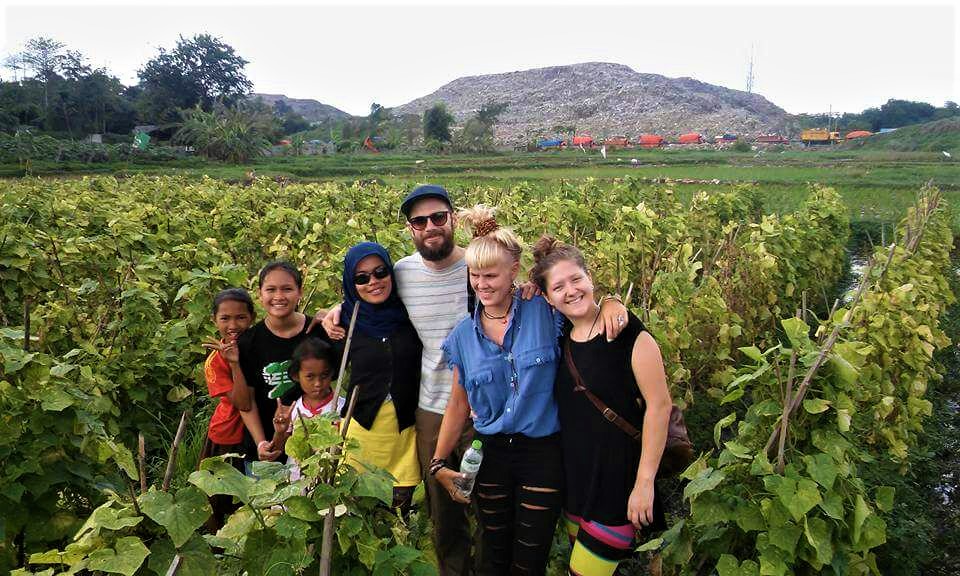 Resa and John with activists and students. Mountains of garbage are in the background. (Brilio/Resa Boenard)

In my contemplations, when I remember where I started, and where I am now, it’s beyond belief. I started with nothing. I don’t call it super-impressive, but I’ve never had a thought that I will be where I am, right here, right now. I remember how nervous I was, talking in an international conference in Amsterdam when I was 22. A girl from a landfill! Stuttered to speak English, talking about the life between hills of garbage, in front of professors and officers from around the world. For some people, going on vacation to Amsterdam, London, or Paris might be so boring. But for me, a girl from a landfill, I even didn’t dare to wish for it. My point is, if you believe and willing to give the effort, you can be anything you want to be.

I’ve got a lot of things to learn and a lot of love, too! Being able to show the world to landfill children is priceless. In addition, to give them education and motivation, It’s a blessing to see their happy faces, with hopes in their eyes. Among the unforgettable moments is the time when we held the Queen’s Day, a celebration of my birthday. That’s the most anticipated day in a year among the kids because on that day they will be able to eat a cake decorated with buttercream. We can’t afford expensive cakes from the Harvest or Holland Bakery. A modest cake from the traditional market will do, as long as it has buttercream. That’s a precious little moment!

Up Next: 55 Indonesian Cultural Dances