The widow of the founding father of Indonesia has led an exciting, controversial life

Brilio.net - Born Naoko Nemoto, Ratna Sari Dewi is a Japanese businesswoman, socialite, and philanthropist who is also the sixth wive of Indonesia's first president, Soekarno. Known for her sculpted beauty, her life has never been far from glitz, glamor, and lingering controversy.

Since her marriage in 1959, Dewi became the brightest star in Soekarno’s court. She inspired many with her flawless appearance and straightforward personality, and was compared to Jackie Kennedy or Imelda Marcos.

Following Soekarno’s downfall and his death in 1970, Dewi left Indonesia and moved around, including to France and New York before returning to Tokyo. She continues to live a jet-set lifestyle and occasionally returns to Indonesia. We've put together a list for you to get to know her. 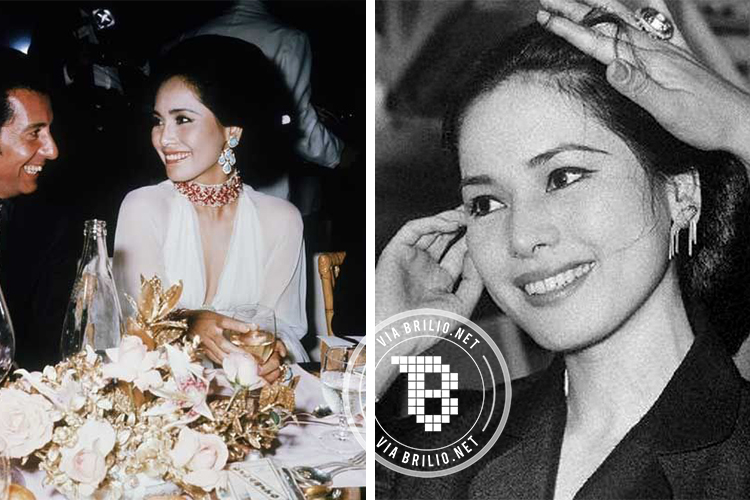 1. Rumors about how she met Soekarno

According to some reports, the lovely 19-year old Naoko first met the 57-year old Soekarno at a bar in Ginza, Tokyo. But Dewi denied this, saying asserted their first meeting was at the Imperial Hotel in Tokyo. The President was captivated by her and invited her for tea with the Indonesian ambassador and his wife at the same hotel.

“The rumor about our first introduction at Akasaka Night Club is simply not true. It is not possible; he was a devoted Muslim. He didn’t drink alcohol, and had to wake up as early as 5 am to undergo the early morning prayer,” Dewi Soekarno told the audience of an NTV broadcast on April 25, 2015, in Japan.

Dewi’s first impression of her future husband was amixture of admiration and respect, with love coming much later. Though Soekarno was 37 years her senior, she remembers him as a handsome, youthful man.

“He was overflowing with humanity,” Dewi told The Japan Times in 2002. “I didn’t place myself on his level at all.” via The Moonsoon Project

Dewi Soekarno’s quarrel with Maria Victoria Osmeña, granddaughter of President Sergio Osmeña, reached its peak at a champagne party in Aspen, Colorado, in January 1992. Osmeña reportedly criticized Dewi for her past, and the confrontation ended with Dewi breaking a wine glass in her face. The fight left "Madame de Syuga" with five weeks behind bars and Osmeña with 37 stitches.

The fellow socialites had been hostile to each other since an earlier party, where the Japanese lady reportedly laughed at Osmeña's political views. 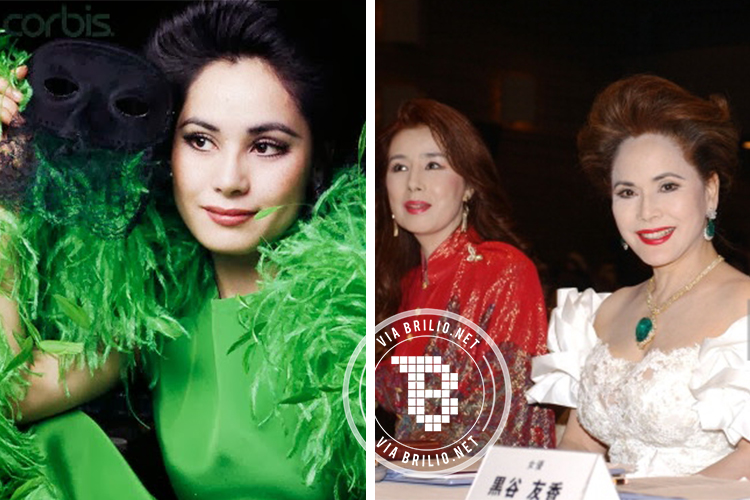 At the age of 53, Dewi Soekarno sparked another colorful controversy by posing half-naked for a photography book. The series of the colored photographs revealed many parts of her body. In some photos, she also showed tattoo-like body art that also triggered its own controversy.

While her “Shuga” book became a national best-seller in Japan, it was a huge national embarrassment for Indonesia.

The 140-page book was banned by the Indonesian government shortly after its publication and has become one of the highly sought-after rare books ever.

“I believe people who love and appreciate works of arts will not blame me for such poses,” the former first lady has said of the work. 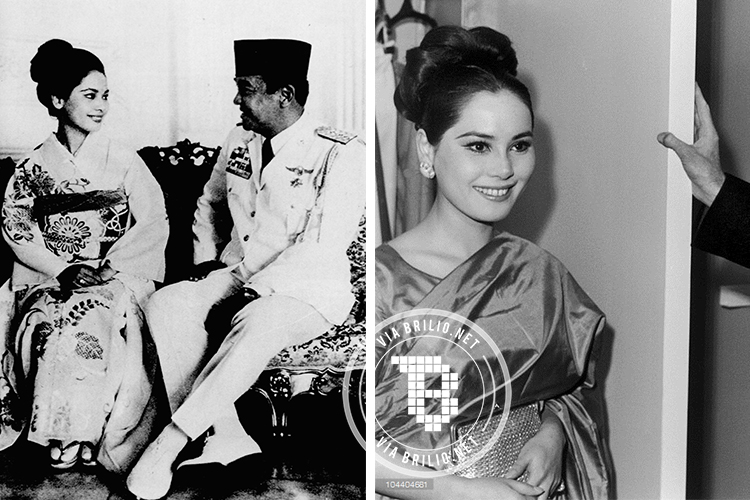 Dewi Soekarno gave a controversial testimony on Soekarno’s death. She said her husband was “slowly murdered” with prescription drugs, which gradually weakened his body. However, other Soekarno’s widows and his personal doctor have denied the statement.

In addition, Dewi maintains her husband’s death was unnatural, and was arranged by the proponents of the “New Order” led by Suharto, which had deposed Soekarno, to make victory in the 1971 election a possbility.

“It was called a communist coup, but as we all know now, General Suharto planned it,” Dewi told the Japan Times in 2002, referring to the 30 September Movement killings that began a series of events that led to Suharto's rise to power. 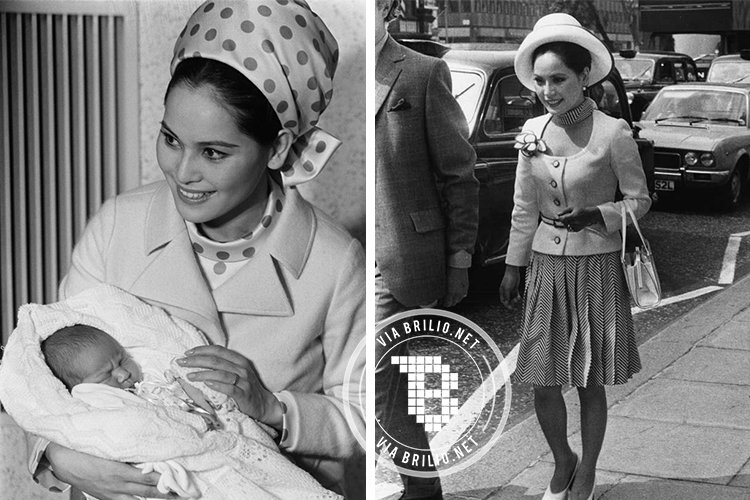 5. Accusations against the CIA

The US was afraid that the country will fall under USSR’s control. However, it took a lot to control Soekarno, as he refused to cooperate with any bloc.

“The world turned against Soekarno because he refused to accept American military bases on Indonesian soil, while Japan, Korea, Taiwan, Hong Kong, Thailand, Philippines, Singapore, Australia, and New Zealand were open for the establishment. He said, ‘My country has just gained its independence after 300 years. Why should I give it away again?’” said Dewi, citing her husband.

Dewi revealed documents indicating the involvement of the US Central Intelligence Agency in a plot to overthrow the President of Indonesia. She also testified that the CIA tried to kill her husband five times.

Soekarno lost his position as President of Indonesia in 1967, the day their daughter, Kartika Sari Dewi Soekarno, was born. 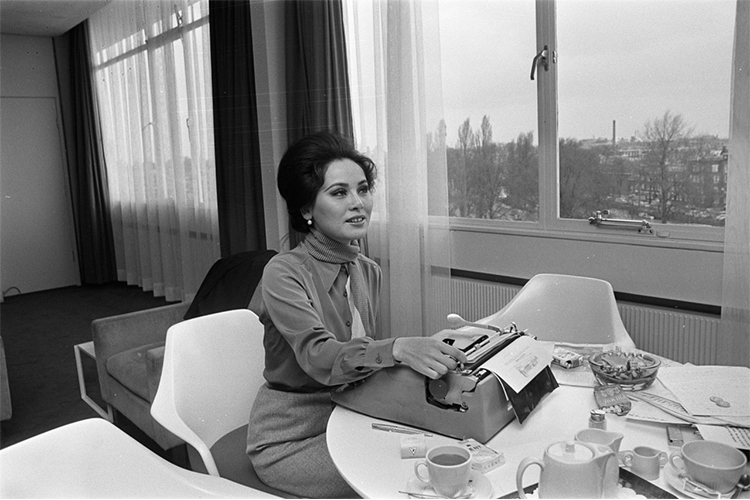 6. Mediator for Indonesia and Japan

Behind all the glamor and controversy, Ratna Sari Dewi played an important role at the Indonesian court, as a bridge between Indonesia and Japan.

Although the relationship can be bitter, Japan gets 13 percent of its oil supplies from Indonesia, and 70 percent from the Middle East via Indonesian sea lanes. The country also gets over half of its natural gas, 96 percent of its plywood, and other crucial raw materials from the country. Indonesia relies heavily on Japanese investments and technology. 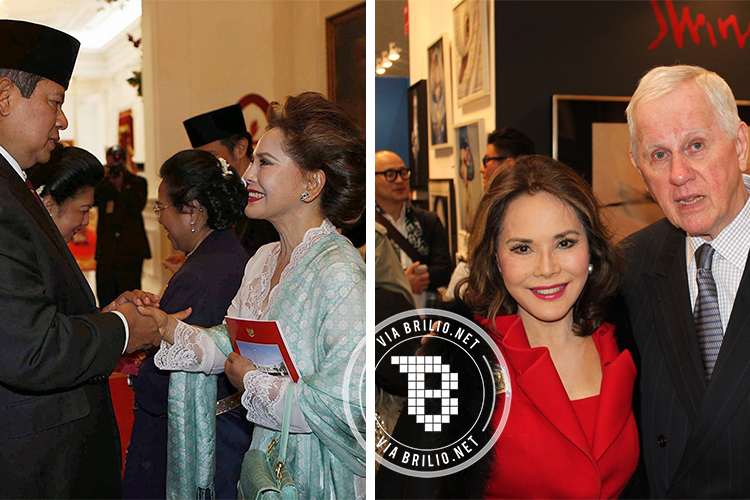 Up Next: Malaysian Muslim pop artist Yuna to perform at Rio Olympics