Really, what is the correct term used to refer to the Indonesian language?

Brilio.net - If you've visited Indonesia, you must be familiar with the term Bahasa that's often used by foreigners and a few Indonesians when referring to the Indonesian language. It's hard to see the flaw in something so many other people repeat on a daily basis but the word "bahasa" itself, when literally translated, actually means "language." Therefore, saying you speak Bahasa would literally mean you "speak language" — which you most certainly do.

What most people may not realize is, much like English, French, and Italian, "Indonesian" is the proper term to use when referring to the local language.

Personally, I would say this occurs because of most Indonesians' lack of familiarity with the English language. Most are so moved by foreigners' eagerness to learn Indonesian that a tiny misuse seems not too bad a trade-off.

However, for Kevin Putrajaya, an Indonesian, he prefers to keep the term Bahasa as it is “catchier and somewhat ethnic-ish”. He responded to a related topic at Quora.com, saying: “Bahasa is short, simple, and easy to pronounce.” He thought Bahasa would stick more easily with foreigners compared to any other term.

Meanwhile, Muhammad Irfan Perdana, who has a BA in Linguistics and MA in Cognitive Linguistics, confirms that the use of term Bahasa is a mistake. At a separate forum on Quora.com he firmly notes:

“Indonesians have this mindset that what foreigners (especially English speakers) say is "cool" or "trendy", or "fashionable". Actually, many people have a fascination in regards to foreign words and phrases (e.g. British English sounds sophisticated, French sounds sexy, German sounds angry, Latin sounds intelligent, Japanese sounds cute, etc.). But people from Indonesia sometimes take it a bit too far. So when a foreigner says "Bahasa" to refer to "Bahasa Indonesia", most Indonesians don't bother to correct the foreigner. Y'know, because foreigners are cool, and what they say is cool.

So yes, it's wrong, but if none of the above are changed, I think it'll stay that way. Obviously, the easiest thing to change out of the three is point number 3 (though I should note that "easiest" does not mean "easy"). Change starts from ourselves, so when we see or hear someone refer to "Bahasa Indonesia" as "Bahasa", politely correct them. Hopefully, other Indonesians will get the point.

Once, the ABC News put the term even more wrongly, using the term “Bahasa Indonesian” to refer to the Indonesian spoken by the US President Barrack Obama.

Below we've gathered personal thoughts from English writers and editors of Brilio.net to give you their perspective on the matter. 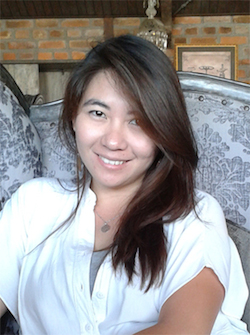 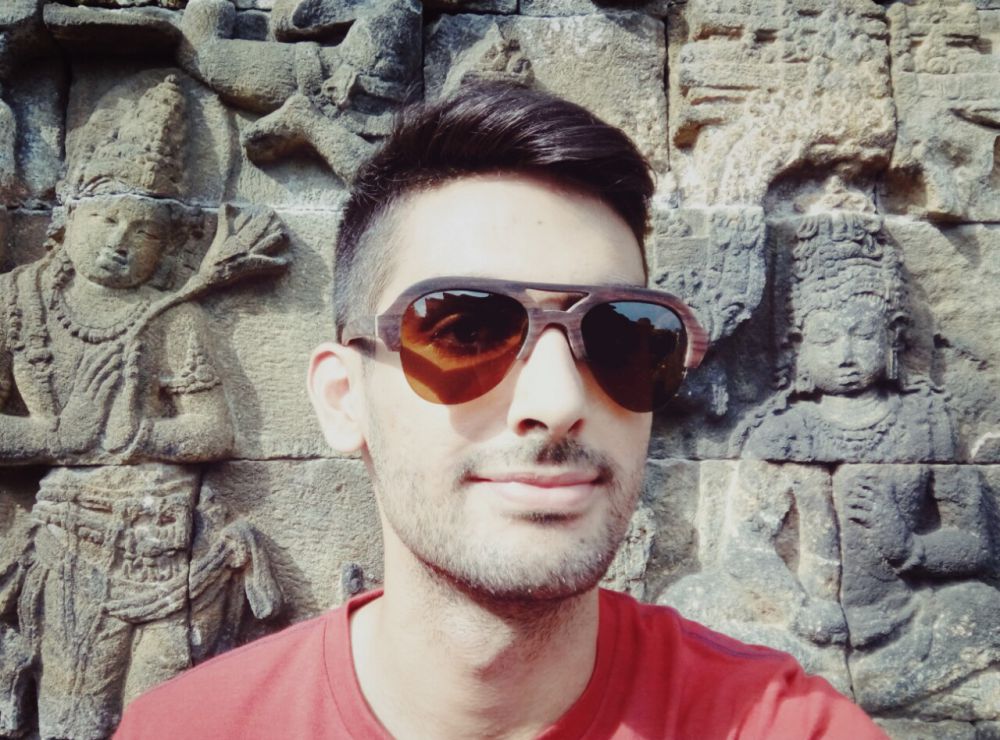 Sahil Nathani, has lived in Indonesia since 5 years old. 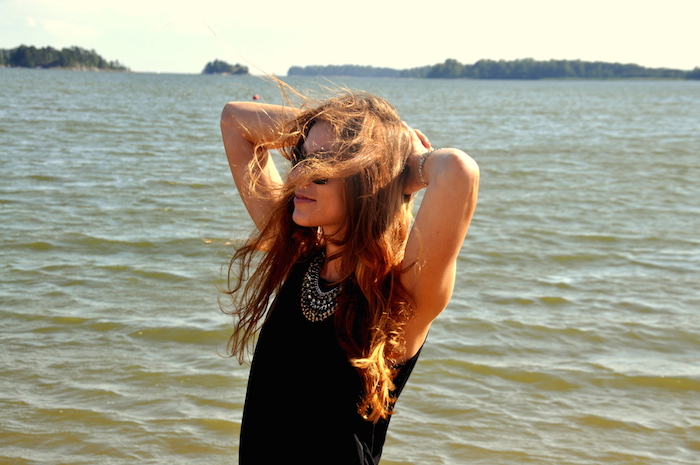 Celia Tholozan, has lived in Indonesia for 1.5 years.

"The first time I came to Indonesia, I believed for more than a month that the word Bahasa actually meant "language" and not "Indonesian." When I first went to  an Indonesian class, the teacher explained us the "slip of the tongue," commonly employed by Indonesians people themselves. Especially the young generation of Balinese, who grew up with English.

"In my country we are currently having pretty much the same interesting debate, should we keep on with those “bad habits” of language or should we try to impose the real grammatical rules? In the current context of globalization, it remains very important to preserve the different culture. On the other hand, a living language is by definition “living” and in this way, in constant evolution. Maybe evolution is not always that bad, as long as there is a track of the origins and someone to explain where it comes from." - Celia Tholozan, French. 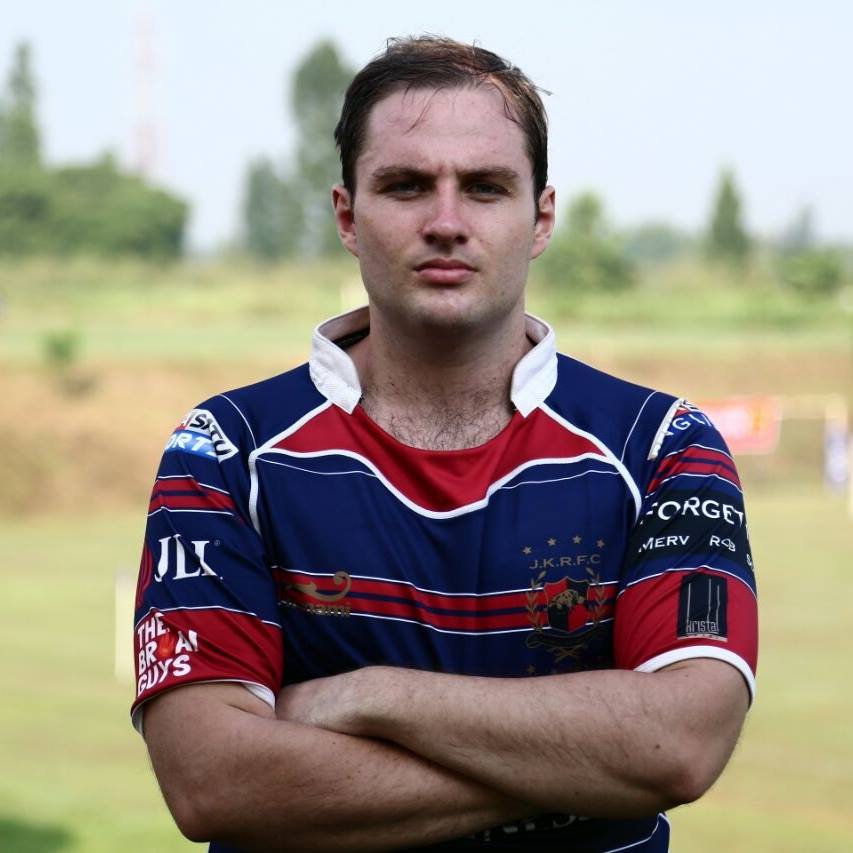 Blaise Hope, has lived in Indonesia for three years.

"I used to be careful not to use the word Bahasa to describe Indonesian given that it just meant language, after I was criticized multiple times for using the word. Sure enough, straight after I started saying "Indonesian" I was haughtily reminded several times that "people just say 'Bahasa'". I would then have to restrain myself from saying "but I was corrected by others" in fluent Indonesian. So it is a catch-22. You say one, you are corrected, you say the other, you are corrected. I now resort to "bahasa Indonesia" when speaking with strangers to safeguard myself.” -Blaise Hope, English. 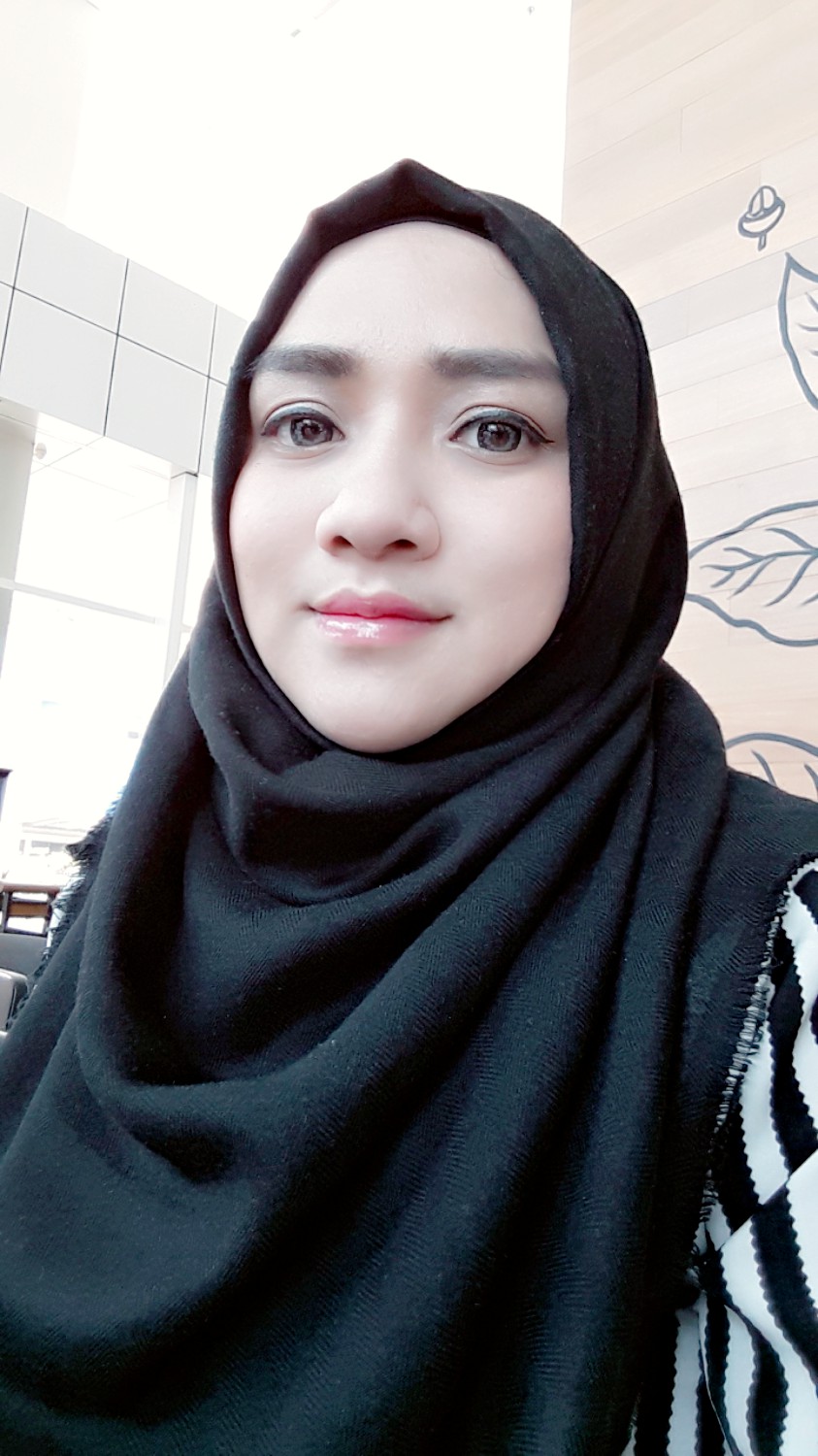 "About one or two years ago, when I first heard the foreigners say "Bahasa", I didn't realize they were referreing to Bahasa Indonesia. In my personal thoughts, the use of word bahasa is not right. It is like using the word "language" to refer to English.  I don't speak Language (sounds weird...) So we better straighten things out by referring to Bahasa Indonesia as Indonesian in English. Or, for the complete term, Indonesian language." - Retno Wulandari, Indonesian. 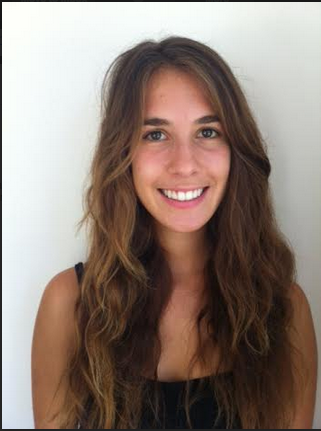 Ivana Lucic, has lived in Indonesia for a year now.

"As a novice to the Indonesian language, I find using Bahasa instead of Bahasa Indonesia quite endearing. Three syllables rolls off the tongue easier than eight, and shortening words or phrases is just another by-product of the generation raised on the Internet.” - Ivana Lucic, Croatian. 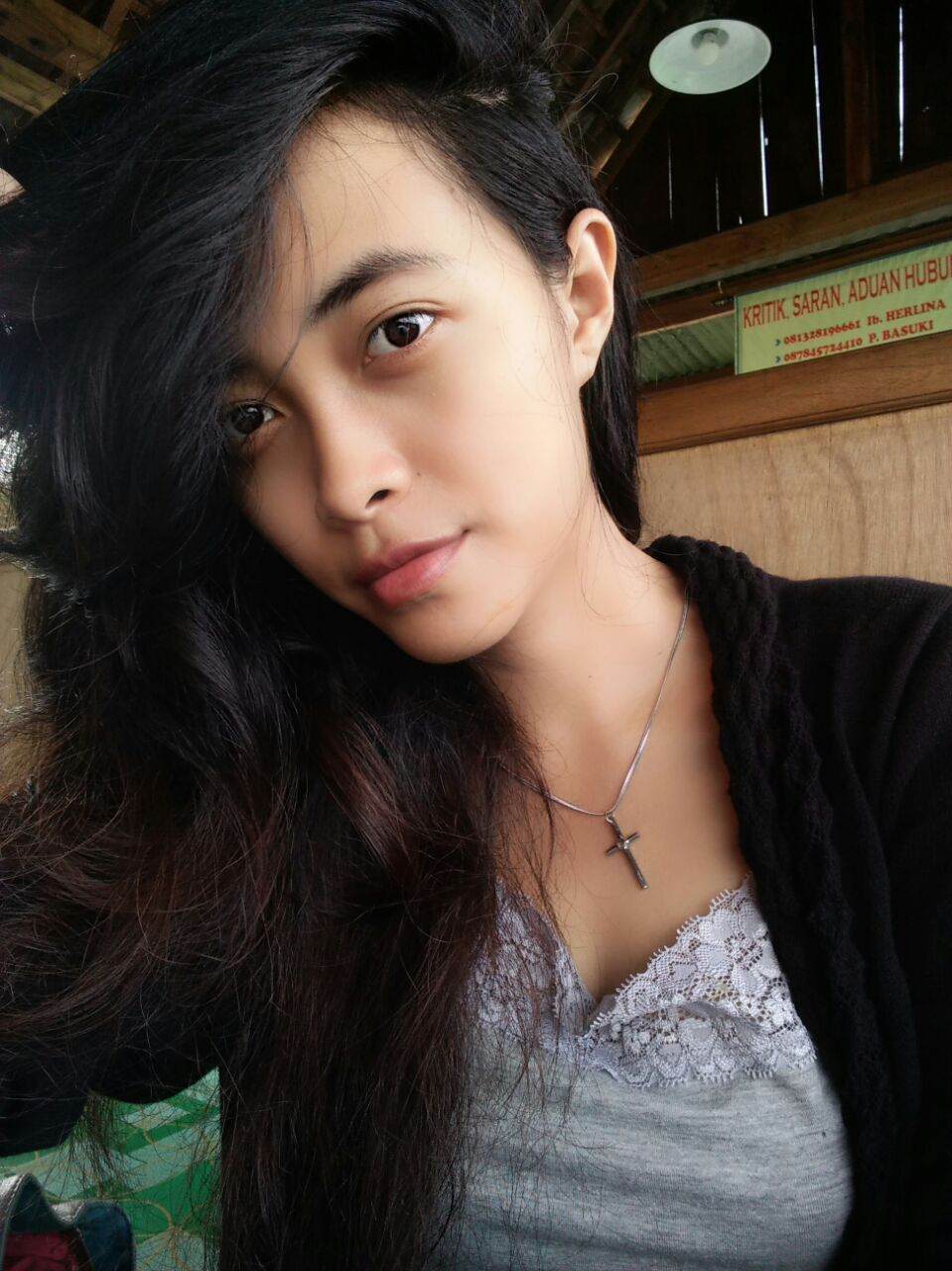 "Just because the word "bahasa" is the first word in the phrase “bahasa Indonesia” does not mean that the language used by Indonesians is Bahasa. "Oh, come on! I'm just trying to say it simply. Saying bahasa Indonesia is too long!” others may have their reasons, but if that sounds like a familiar excuse you've used before, there's something worth reconsidering. (By the way, if you are one of them, just take a deep breath, and calm down. This is not to offend or blame you, guys, but hopefully it will give little enlightenment. Hopefully.)

"In the national language which Indonesians use daily, Indonesian means Indonesia while language means bahasa. Do you know what does it mean? Yes! When someone says “I don’t speak bahasa” means he or she does not speak language. Alright, now I start wondering what they use to communicate then. So, finally, now we know why it is important to mention the full phrase “bahasa Indonesia” instead of just stating the word “bahasa”. Unless, you really do not speak any language." – Petra Hapsari, Indonesian. 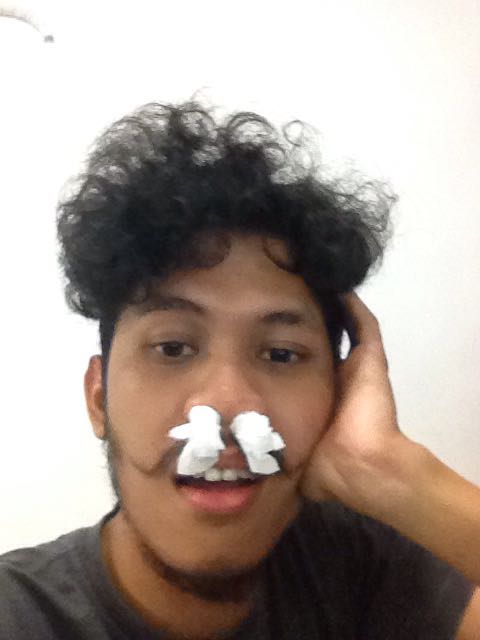 "Since everybody has mentioned it, now I quite disagree with the use of Bahasa to define the language we Indonesians use. I don't really know how it all started but I saw in Quora that it was because Indonesians love to promote the country, referring Indonesian language as "Bahasa Indonesia" rather than "Indonesian" and finally got simplified to "Bahasa" only to ease foreigners. I find that excuse hardly acceptable knowing we Indonesian also apply that (myself included). I guess we Indonesian shouldn't let that happen; it's our identity like how Germans speak German language or Japanese speak Japanese language. So, let's support the use of 'Indonesian language' or 'Indonesian' than only the misguided 'bahasa'..." – Tunggul Kumoro, Indonesian.

Up Next: Netizens Show Off Their Favorite Bakso Dish In Mouthwatering #BaksoWar