‘Erstwhile: A Communion Of Time’, a moving tale of history, globalization, and identity.

Brilio.net - Erstwhile: A Communion of Time may have first been published by Gramata Publishing in 2015, but the recent Ubud Writers & Readers Festival 2016 saw another soft-launch of this book by author Joseph Rio Jovian Haminoto, who was recently selected by curators of the festival as one of the 16 emerging writers from Indonesia.

The launch event was attended by Indonesian master pianist Ananda Sukarlan, who composed a musical opera based on the book, politician Wanda Hamidah who kicked off the event with a reading of the book's synopsis, and myself as a fellow writer. 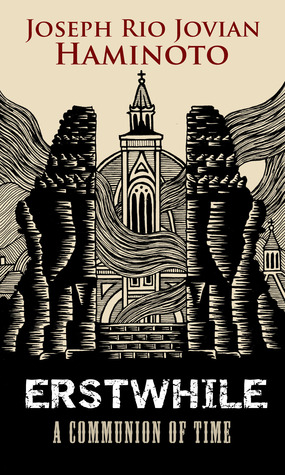 Erstwhile: A Communion of Time centers on two men living in different eras: Picaro Donevante, an Italian-born who had to move to France to discover Marco Polo’s famous document on his travel to the east in the 14th century; and Rafael Harijono, a conservative man living in the modern world of 21st century. Both of the men share the same character and principals; they are loyal to their promises, and even more to their lovers.

The story plot moves back and forth between the two characters. While Rafa is hunting for the valuable script written in the 1300s by an Italian who discovered an even bigger, more sophisticated world than what Marco Polo found at Cathay (now China), Donevante was having his journey of a lifetime across the globe to find the Srivijaya Kingdom and, eventually, the mighty Majapahit Empire.

Donevante came upon Majapahit at the time of the second Bravijaya King, Jayanegara. A rebellion movement had brought him to meet with the legendary Mahapatih Amangkubumi Gajah Mada, the Prime Minister who conquered Nusantara and brought glory to the mighty empire. It was Donevante’s strong character and loyalty that brought him to get to know the Queen Tribuana Tunggadewi, Majapahit third ruler known as Bravijaya III.

The historical evidence and modern touches of the book are told with sophisticated writing and with details that would transport readers back to the 1300s to experience Indonesia's most glorious kingdom, Majapahit, with a taste of globalism thanks to the present-day trips that took Rafa from Rio to Singapore, from London to New York. Meanwhile Rafa’s strange meetings with special women in his life would somehow became an answer to Donevante’s questions that remained unresolved for centuries.

The book is a read that will implicitly spark a spirit of patriotism among Indonesians, encouraging young people to feel proud of their own nation by getting to know it history better, but at the same time pushing them to think globally according to the modern world. As an Indonesian, I feel the book is a must-read, especially because it highlights the importance of history as a basic means of being in touch with one's roots without dismissing the need to not be too detached from the currents of globalization, which is a great reminder for Indonesians amongst the political conflicts currently happening in the country.

Up Next: Faces of Jakarta: Masnan, A Farmer In A Concrete Jungle