For One Village In East Java, Flooding Becomes A Tourism Attraction

While flood is a neverending problem in several major cities in Indonesia, one village in Bojonegoro, East Java, welcomes what is generally identified as a disaster every year with open hands.

With its "flood tourism' program, the Ringinrejo Village, located on the banks of the Bengawan Solo River, chose to see flooding as a blessing in disguise. 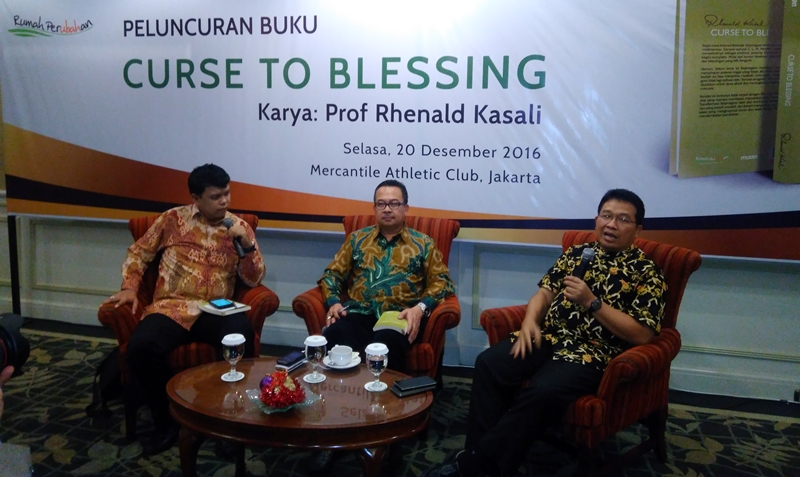 "If it's raining in 18 other areas [around Bojonegoro], the river will overflow," said Suyoto, the Regent of Bojonegoro duringn the launch of the Curse to Blessing book by Rhenald Kasali in Jakarta last December.

Flood tourism does not imply tourists will be invited to swim in the water, but rather intends to combine the annual disaster with the village's agricultural potential.

"In Bojonegoro, some of the flooded villages have star fruit plantations. When the flood comes, tourists can ride a boat and pick the star fruits. It's just unusual to pick a fruit from the boat during the flood," said Kang Yoto.

In fact, Ringinrejo village residents hope this natural disaster will keep coming to help them boost their crop sales.

"If there's no flood, there'll be no event!" Suyoto said. "This is the only village where people actually wait for flood to come."

This is not Suyoto's only breakthrough as a regent. He also gave tax-free incentives for local industries, eased the permit-granting process, and trained industry workers.

Rhenald added that Sutoyo was not alone in pushing new efforts to better the region. There are also Surabaya Mayor Tri Rismaharini and Banyuwani Regent Abdullah Azwar Anas.

"Banyuwangi for example, to attract tourists, they hold 53 cultural events in a year within 52 weeks in a year," Rhenald explained.

Up Next: Faces of Jakarta: Yoyok The Traveling Cobbler