The village with no locks or doors

A 300-year old legend has created for the safest environment in a town in India.

Brilio.net - It’s probably a far-fetched idea for most of us living in cities and next to strangers. We have locks on our locks and even our travelling suitcases will have a code to protect our belongings. It would never cross our minds to leave our house unlocked, never mind not even without a door.

But the villagers in Shani Shingnapur in India’s Maharashtra state, do just that. Legend has it that 300 years ago a heavy rainstorm washed into the city a slab of black stone through the Panasnala River. When locals touched the 1.5m boulder with a stick, blood started oozing out of it.

Later that night, Shani, the god of Saturn, appeared in the dreams of the village head, revealing that the slab was his own idol. The deity ordered that the slab should be kept in the village, where he would reside from here on and become the guardian of the village. Shani had just one condition: the rock and its colossal powers must not be sheltered as he needed to be able to oversee the village without hindrance. So the villagers removed their doors and locks and three centuries later the locals still uphold the legend. Every so often a local will lean a wooden panel against a door to prevent stray dogs from coming in, but never to protect from thieves. They believe that thieves will immediately be punished with blindness, and anyone dishonest will face seven-and-a-half years of bad luck. Local folklore has it that a villager installed a wooden door on his house and the very next day got into a car accident. Even new buildings have to uphold the towns policy on doors and locks. The police station, which only opened in September 2015 and has not yet received a single complaint from the villagers, has no front door. And probably very little work for the officers employed. Even the United Commercial Bank , which opened India’s first “lockless” branch in Shani Shingnapur in 2011, installed a glass entrance in the spirit of transparency and a barely visible remote-controlled electromagnetic lock all in respect of the villagers’ beliefs. 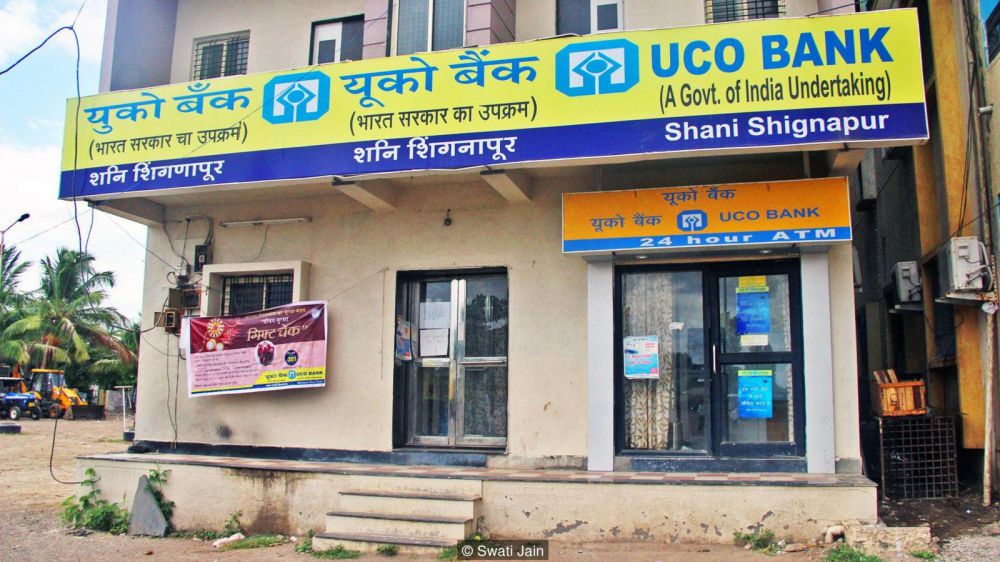 Shani Shingnapur has officially remained theft free for centuries, which is a feat with reportedly 40,000 visitors daily. However a 2010 visitor reported that cash and valuables worth 35,000 rupees were stolen from his vehicle while another theft of gold ornaments worth 70,000 rupees was reported in 2011. The charges were dismissed however as the villagers insisted that they took place outside the village and therefore weren’t protected by their god.

If it’s actually Shani keeping a watchful eye over his citizens, or just the mutual respect that grows from the faith in their God, Shani Shingnapur surely is a mystical place that will surely inspire a sense of community.

Up Next: Indonesian student invented cooling helmets to be mass-produced