Man Fixes A Damaged Road By Himself

Finding damaged roads while you're driving is indeed annoying. Unfortunately, sometimes the roads do not get fixed soon that we think we need to fix it ourselves.

But how many of us would actually do so?

Facebook account Eko Purnomo shared a moment of a man fixing a damaged road using his own car at the area of Selokan Mataram, Maguwoharjo, Yogyakarta. 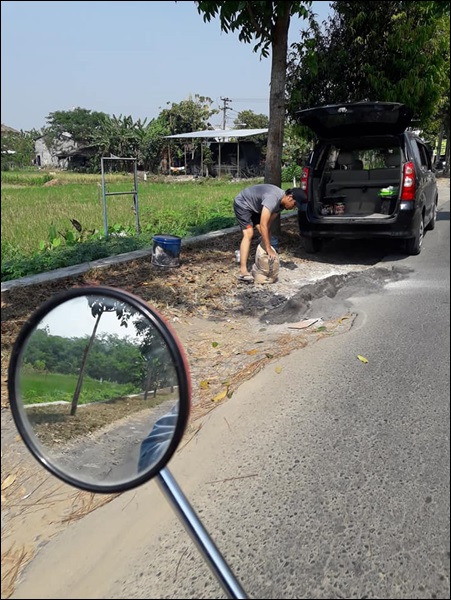 The man complained about the damaged road which is actually used as an alternative way to avoid traffic jam in Yogyakarta.

“Salute for this man who fix the damaged road by himself using equipments and materials he brought in his car. The location was in Jalan Selokan Mataram, Maguwoharjo Selatan, Kradenan football field. The road is damaged and in certain times (morning and evening) the road will be full since it is used as an alternative way to avoid traffic jam in Jalan Jogja-Solo in front of the airport. #SAG” wrote Eko Purnomo on the caption.

“I hope you will always be healthy, Sir,” Wrote Teguh Surawan

“This man is really joss (awesome).. so kind-hearted.. with high sense of caring,” Wrote Maria Susanti

Up Next: PDIP Sanctions Member Threatening To Freeze & Dissolve KPK