World's Tallest Waterslide To Be Demolished After Boy Died

Billed as the world's tallest waterslide, the Verruckt slide at the Schlitterbahn Waterparks and Resorts has been closed since early August.

The owner of a Kansas water park said its announcement that it will demolish a towering waterslide as soon as investigations into the death of a boy on the ride this summer have concluded was motivated by uncertainty among park patrons, not any pending legal settlements involving the accident.

Schlitterbahn Waterparks and Resorts and the family that runs it said in a statement Tuesday that the "Verruckt" ride at the Schlitterbahn park in Kansas City, Kansas, will be permanently removed from its tower "once the investigation is concluded and we are given permission by the court." The Texas-based company called the move "the only proper course of action."

"Coming up on the holidays, this time of year, it's something we'd like to set to rest," company spokeswoman Winter Prosapio told The Associated Press on Wednesday. "When we're allowed to take it down, we will take it down. We have no interest in having it up another hour."

Billed as the world's tallest waterslide, Verruckt has been closed since Caleb Thomas Schwab died on the ride August 7. The boy was decapitated, someone familiar with the investigation previously told The Associated Press on the condition of anonymity because that person was not authorized to speak publicly about the boy's death.

Two women in the raft were injured. 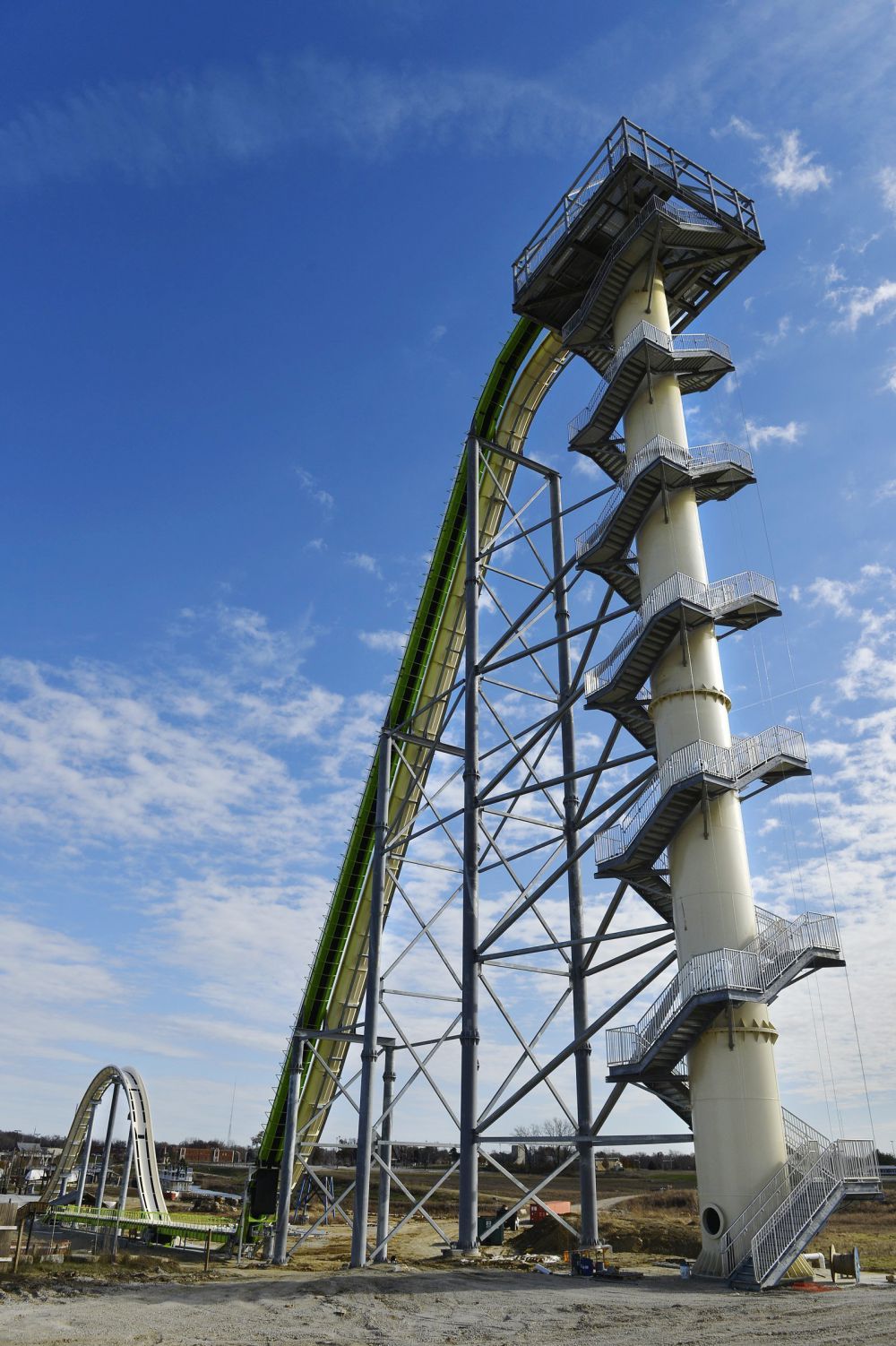 The Verruckt waterslide is said to be the tallest in the world.
© Associated Press/AP

Attorneys for the Schwabs — Caleb's father is Republican state Rep. Scott Schwab — and the women are independently investigating the accident. No charges or lawsuits had been filed as of Wednesday.

Michael Rader, an attorney for the Schwabs, said he had been working with Schlitterbahn and its legal team on a plan to eventually remove the slide, but that it "cannot be torn down until all investigations and potential litigation has concluded."

Verruckt, which is German for "insane," featured multi-person rafts that made a 17-story drop at speeds of up to 112 kph, followed by a surge up a hump and a 15-meter descent to a finishing pool. Riders were harnessed with two nylon seatbelt-like straps, one crossing the rider's lap, the other stretching diagonally like a car shoulder seatbelt.

The regulation of waterslides and other amusement rides has drawn scrutiny since Caleb's death. Kansas is known for its light regulation of amusement park rides, and the Texas-based company that operates Schlitterbahn lobbied legislators to help ensure that it remained responsible for its own inspections.

Schlitterbahn Waterparks and Resorts said Tuesday that it has been cooperating with investigators and the victims' families and attorneys, noting that "in our 50 years of providing an environment for families and friends to gather, we've never experienced this kind of devastating event."

Up Next: Coldplay Announces Second Show In Singapore