When a hand gesture matches a signing example, the computer will voice the word through a speaker.

Brilio.net - There is great news for deaf people. Technology has made a breakthrough to have their voices finally heard. A pair of entrepreneurial students in the US has designed gloves that convert sign language into words, which would help bridge the communication between the deaf and their hearing counterparts.

“SignAloud” is embedded with sensors to monitor the hand gestures of user’s hand. The information is transmitted via Bluetooth to a computer to analyze the position and movement. The system has a library of gestures based on machine learning algorithms as bank data. When a hand gesture matches a signing example, the computer will voice the word through a speaker.

'Many of the sign language translation devices already out there are not practical for everyday use. Some use video input, while others have sensors that cover the user's entire arm or body,' explained Thomas Pryor. 'Our gloves are lightweight, compact and worn on the hands, but ergonomic enough to use as an everyday accessory, similar to hearing aids or contact lenses.'

Pryor and his partner Navid Azodi said, the primary audience for the device is the deaf and hard-of-hearing community and those interested in learning and working with American Sign Language. But the designers wish the gloves could serve more purposes for wider users, such as monitoring stroke patients during their rehabilitation or for gesture control and improved dexterity with virtual reality technology. 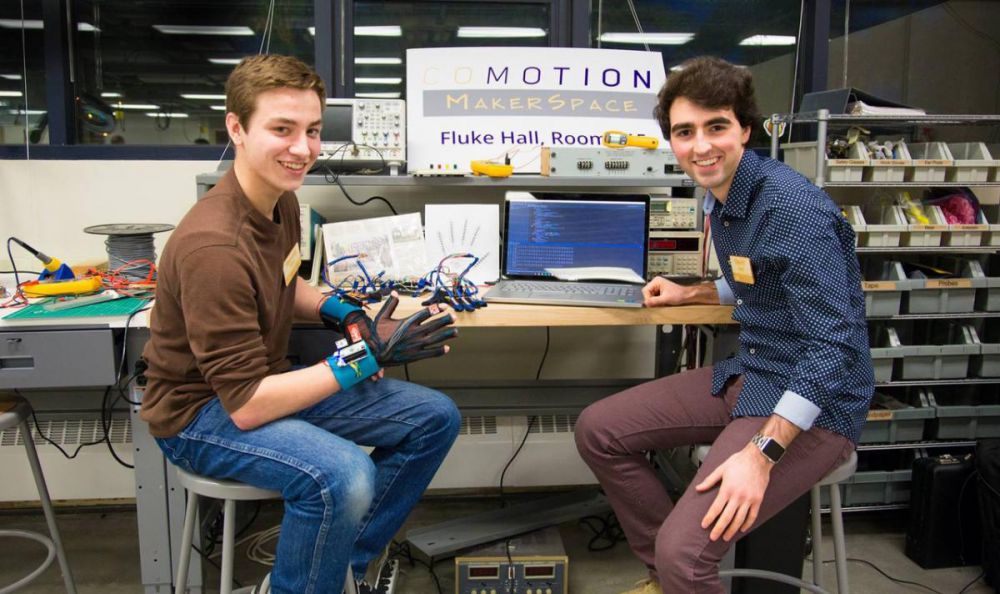 The two tech students from the University of Washington were awarded a prize of USD 10,000 from the Lemelson-MIT Student Prize competition. But the team is not the only one who works on similar technology. In 2012, researchers in Ukraine were awarded first prize in the Microsoft Imagine Cup for a similar gesture-to-speech system called EnableTalk. The concept design used sensors in gloves and a mobile device to translate the hand gestures.

Another collaborative group from New Zealand and Malaysia showed progress on a sign-to-text program, which translated gestures from Malaysian Sign Language to multiple languages. In 2014, the team behind the Automatic Sign Language Translator (ASLT) said its early stage technology could be economical enough for mass production and for use on mobile devices.

Watch the video of the inventors here: