Brilio.net - If you've been in Indonesia long enough, you'll hear enough horror stories, urban myths and ghostly legends to make you believe they really exist. There are loads of demons, spirits and ghosts people have believed in for hundreds of years, including the Wewe Gombel, Kuntilanak, Leak, Tuyul and Suster Ngesot, all of which we've profiled on this site.

The next addition to that list is the Genderuwo.

The name Genderuwo comes from the Kawi word gandharwa and Sanskrit word gandharva, meaning “rooted”. In Hinduism and Buddhism, Gandharwa is depicted as a man-like creature who lives in the Heavens (Kahyangan). In ancient Persia there is a myth of the Gandarewa, an invisible water creature who tries to consume all good things during Creation until it's defeated by a warrior named Keresaspa. In Java, gandharva is a celestial being who's good at dancing and singing. 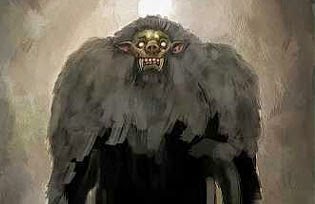 Genderuwo is mainly known in Java, as a genie that takes the shape of an ape. It has a sturdy, big body with reddish black skin and a thick coat of hair. Its eyes are red and teeth sharp. It can take the shape of a small hairy creature before expanding itself in an instant. At night, you can be warned by the smell of baked cassava. If it gets stronger, the Genderuwo is close.

It likes to stay near big rocks surrounded by water, in old abandoned buildings, under big trees or in dark and damp corners, where it waits to come out at night. Certain places in Java are famous haunts for the Genderuw, like the Donoloyo teak forest at Sloghimo (around 60 kilometers east of Wonogiri, Central Java) and Lemah Putih at Kulon Progo (about 60 km west of Yogyakarta).

You should also watch out for forest wasp nests (tawon gung)! It likes to hide in those (as if the wasps weren't bad enough). 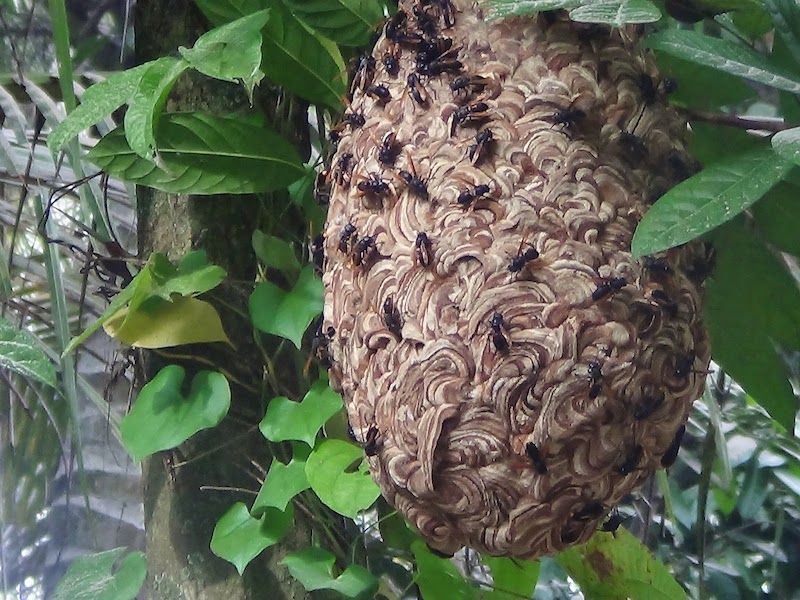 The Genderuwo is said to derive from the spirits of people who died violently (by suicide or accident) and didn’t get a proper burial. The spirits are stuck in this world, and those who lived as bad, evil people when they were alive become evil Genderuwos and those who were kind become good Genderuwos.

Most Genderuwo are scoundrels and perverts that prey on women and children. Meanwhile, kind-hearted Genderuwo often appear as wise old men in a white robe that help people by acts like keeping a sacred area safe from bad people and even helping circumcise poor boys. If people sleep on the ground near sacred places, it will move them so they wake by a well – a message that they should wash before going to a holy place.

Genderuwo are very mischievous. They are known for kidnapping upset or anxious people at dusk, and carrying them to the top of bamboo grove, urinating on passersby and giving bladder problems to people who pee on their trees.

By far their biggest offences are sexual...

A bad Genderuwo takes the shape of a human and tries to seduce ordinary people. It likes to pat women’s buttocks, stroke their bodies while they sleep, and even move their underwear around. It also likes to throw pebbles at people’s houses at night.

If a Genderuwo takes up residence in a woman’s womb, it can make her have a hyper sex drive and seek multiple sexual partners, and as much action sex as she can. The women’s libido is controlled by the Genderuwo and each time she climaxes, it does too. It also targets lonely wives or widows, disguising itself as the woman’s husband or lover and climbing into her bed.

The Genderuwo gets intoxicated from gadung, poisonous tubers, so farmer leave them out so it won't kidnap them. If anyone is kidnapped by a Genderuwo, cooking sticky rice (or saying that someone is cooking it) can be a good way to get the kidnapped back. Both gadung (above) and ketan/sticky rice (below) are some food can keep you safe.

A Myth Gets Too Real

The spirit can also get women pregnant. Eyang Ratih from Alas Purwo in Banyuwangi, East Java, says she has cared for a Genderuwo’s child Wagini for 16 years. In an interview with Merdeka, Eyang Ratih describes Wagini as a simple, good and gentle person. She found him when he was 13 and adopted him. 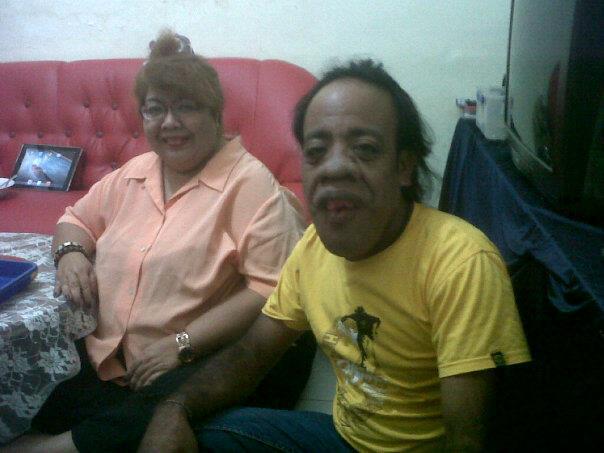 Want to meet a Genderuwo? Here's how.

A Genderuwo can be summoned by simply by grilling sate made with crow meat. Crow is believed to be both Genderuwo’s favorite pet and food, just like chicken for humans. There are certain rituals and spells you need to recite to summon one and you have to cook in an open space to make sure the aromareaches a Genderuwo.

The purpose of summoning Genderuwo is mostly for gambling and luck. These demands should be asked quickly before it eats the sate, because after it gets what it wants, it will ignore the summoner and just go.

Up Next: Anniesa Hasibuan Is First Indonesian Designer At New York Fashion Week