3 Paranormal events tied to ‘The Conjuring 2’

Some paranormal events have fuelled a wave of paranormal sensation on social media, that has accompanied the film’s release.

Brilio.net - The release of the hyped horror movie The Conjuring 2 sparks supernatural panic and sensation on the Internet, especially on social media. But the incident at the Sri Balasubramaniar Cinema in Tiruvannamalai, a town in the Indian state of Tamil Nadu, is no media hype.

Last week, the cinema-goer from Andhra Pradesh, had complained of chest pains during the screening of horror movie The Conjuring 2, and fainted shortly afterwards.

The 65-year-old man was pronounced death in a cinema while the movie reached its climax.

He was rushed to the nearby Old Government Hospital, where doctors pronounced him dead. Medics ordered his body to be sent to the Tiruvannamalai Government Medical College Hospital for post-mortem, and here’s when things got strange.

According to the Times of India, the body and the person charged with transporting it, have both gone missing. Netizens were puzzled, and until now, there has been no rational explanations for both the man’s death and the disappearance of his body.

2. Woman got possessed while watching Conjuring 2

The story has fuelled a wave of paranormal sensation on social media, and has coincidentally accompanied the film's release.

A video showing a woman who allegedly got possessed while watching The Conjuring 2 went viral. It has been viewed close to five million times since being uploaded to Facebook last week, with many viral news sites in Southeast Asia reporting the “possession” as fact. But a late explanation suggests that the video in question was actually filmed in 2013, long before the release of film.

3. Cross on the hotel room’s mirror

Damian Ng Yih Leong from Singapore  also had a Facebook post that went vrial. He showed a “cross” on a hotel room mirror the man claimed to have found after watching The Conjuring 2, which he describes as “my first firsthand encounter with paranormal activity.” 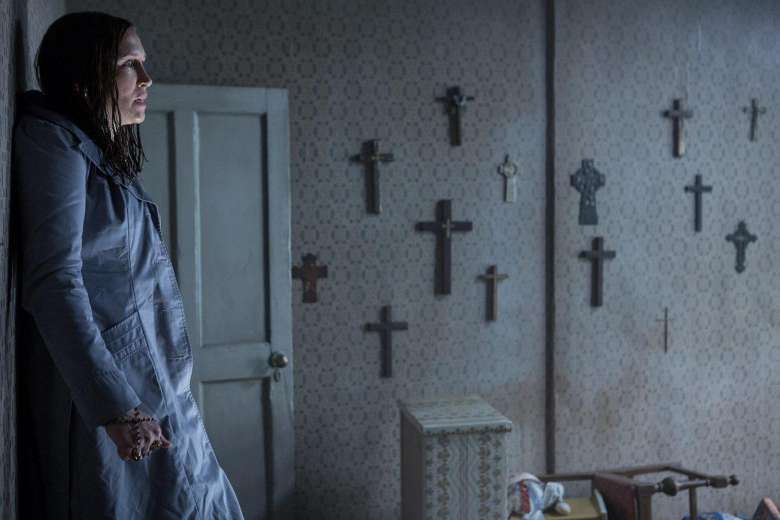 His post has been shared more than 2,700 times shortly after it appeared on Damian’s timeline.

Up Next: China to reduce the country’s meat consumption by 50%