Or '10 Reasons To Be Grateful You Live In A Modern Society'.

Our world is rich in colorful traditions preserved for generations. While many are harmless, some...well...

Here's a countdown of these gory traditions from Indonesia to the Amazon.

10. Death chair for the deceased.

When someone dies in the Ifugao tribe on Luzon Island in the Philippines, the family prepares a wooden chair in front of their house for the body to be seated on. The torso and head are tied to the chair so the person sits up straight and looks normal. Their eyes are closed so they don't have to see the living. The dead bodies remain seated for eight days, to give time for family and friends to pay their respects.

9. Dancing with the dead. 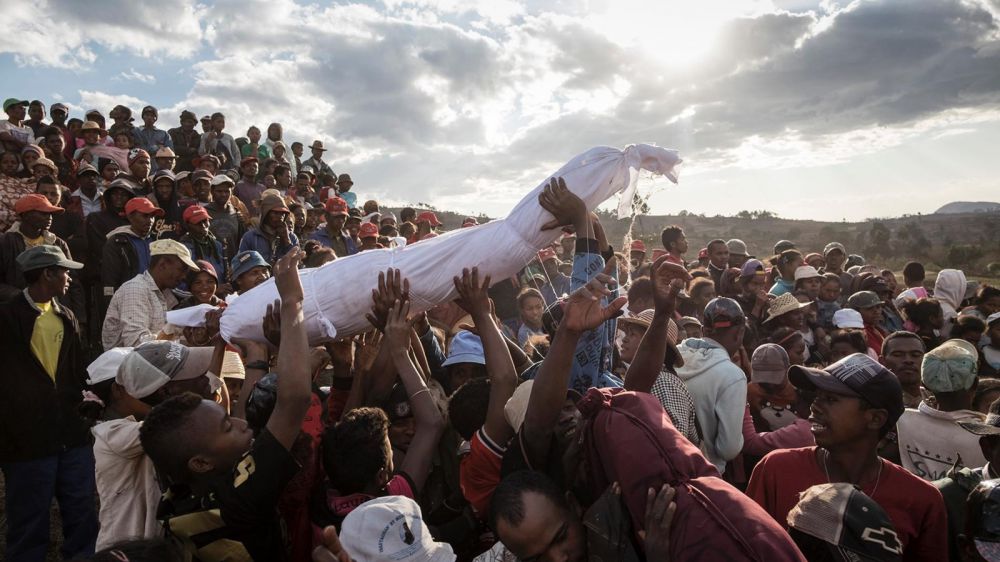 Every seven years ,people in Madagascar dig up their ancestors, change their clothes and dance with them in the Famadihana ritual. The dead bodies are paraded around and the event includes live music, animal sacrifices and feasting with hundreds of guests. A real party! 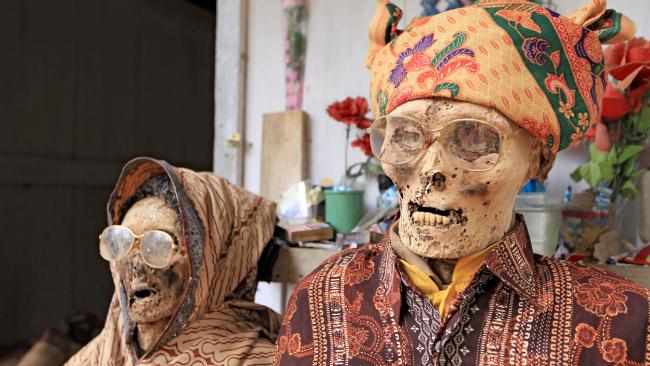 Yay! More bodies, and right here in Indonesia! During the Ma’ nene ritual in Toraja, Sulawesi, every year locals “wake” their dead relatives up, wash and dress them in clean clothes – and just generally hang out. The Torajans believe the spirits of their ancestors never leave their families and will always help the living, so the ritual gives the deceased respect the deceased. This still goes on today, and since everyone has a smartphone now, that means selfies. Read all about that here. 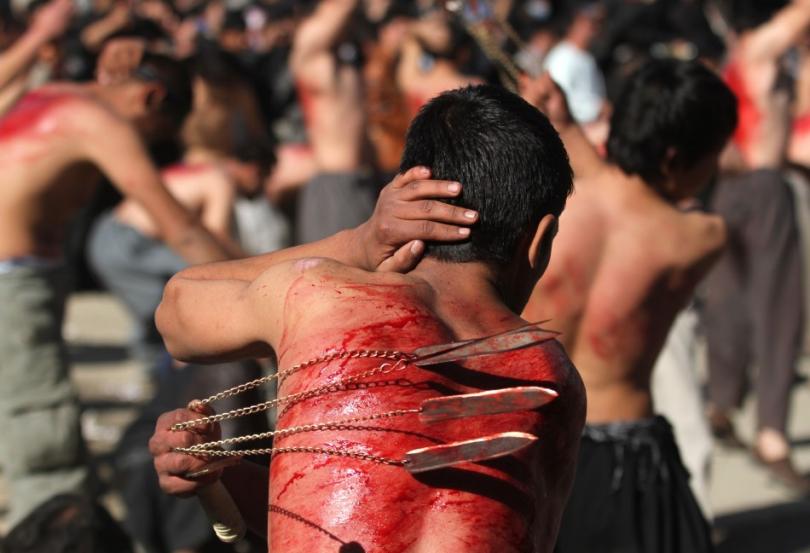 Some Shia Muslims prepare for the Islamic New Year by tying stiletto knives to metal chains and whipping themselves. It is an act of contrition for not going to war to save Husayn Ibn Ali, the Prophet Muhammad’s grandson. The ritual is conducted during the Ashura festival, when Shia muslims atone for their sins. In Indonesia, where most muslims are Sunni, the day is celebrated by eating red and white porridge. 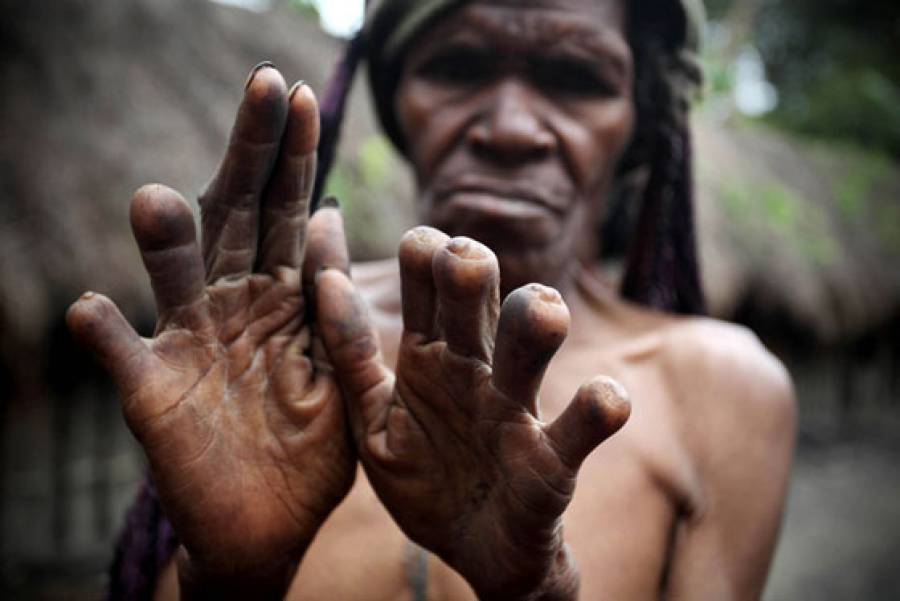 When they lose a family member, members of the Dani tribe conduct the Ikipalin ritual, cutting off part of a finger. The damaged fingers show how many family members one has lost. Another ritual called Nasu Palek involves cutting an ear off in mourning or to get rid of bad luck.

WANT TO FIND OUT WHAT'S NUMBER 1? CLICK NEXT. WARNING: NOT FOR THE FAINTHEARTED!

Up Next: Indonesian Cops Against The Law