From The Field: Student Rally In Protest Of Price Hikes

Here are some shots of the rally taken by our photographer. 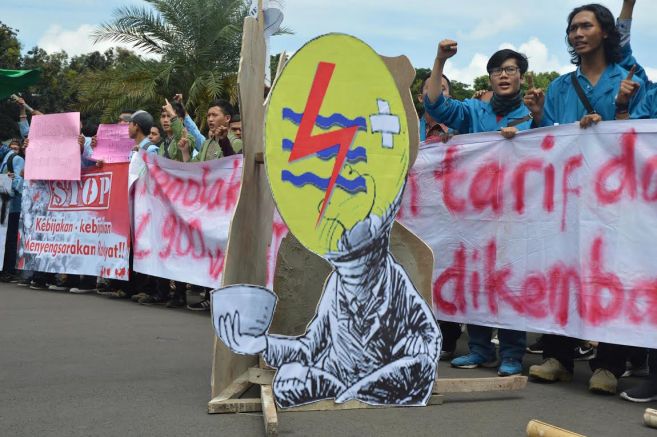 University students rally in protest of price increases on Jan. 13, 2017 in Jakarta.

A rally involving hundreds of university students was held in Jakarta on Thursday, Jan. 12, 2017. The students, who called themselves “Alliance of Indonesian Students Unions”, walked from Arjuna Wiwaha Statue (also known as Patung Kuda) to the State Palace, located less than three kilometers away.

The alliance expressed their objection to the government's decision to increase the prices of fuel, electricity, and licensing fees earlier this year.

Similar rallies were also held in 19 cities across Indonesia, from Padang, Jambi, Bandung, to Gorontalo and Merauke.

Here are some shots from the field taken by our photographer Jefri Aries.