Here are some of the best signs from yesterday's rally. 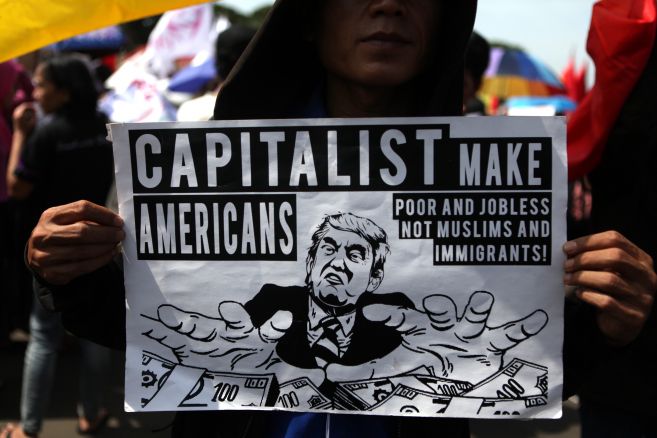 A women held a sign during International Women’s Day rally on March 8, 2017 in Central Jakarta.

To celebrate The International Women’s Day, hundreds of women gathered in Central Jakarta to march towards the State Palace yesterday afternoon.

They held theatrical, dance and music performance. There were also speeches delivered by women from various backgrounds, from migrant workers, fishermen of Jakarta Bay who have been fighting against reclamation, female farmers of Kendeng who have been fighting against the development of cement industry in their region, transwomen, religious minority groups to women with disabilities.

Here are some pictures of yesterday’s event taken by our photographer, Jefri Aries.