From The Field: Monday's FPI Rally In Photos

Another day, another rally in the capital city. 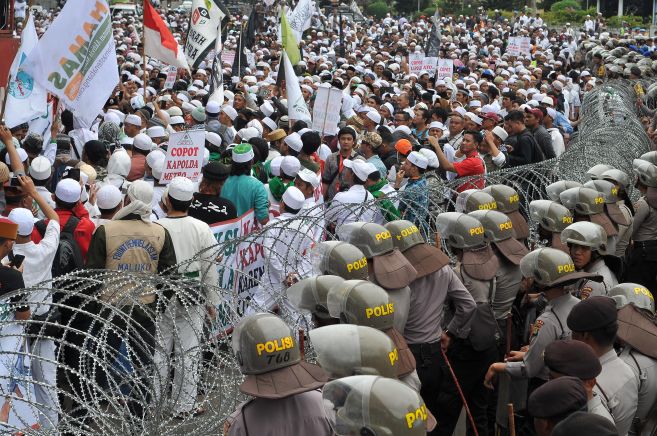 More than 1,000 FPI supporters joined a ally demanding ‘justice’ for the hardline organisation on Jan. 16, 2017 in Jakarta.

Rizieq was summoned for questioning last Friday at the West Java Police headquarters. He was accompanied by hundreds of supporters but was unexpectedly met by another mass organization called Indonesia's Small People Movement (GMBI).

Chaos broke after the questioning ended, resulting in the burning of the GMBI office, a fight among both supporters, and the detainment of a few supporters of both parties.

The rally on Monday begun at the Al-Azhar Mosque, in South Jakarta and ended at the National Police Headquarter.

During the rally, FPI demanded that National Police Chief Gen. Tito Karnavian dismiss West Java Police Chief Ins. Gen. Anton Charliyan who they see as having a part in Friday's chaos, seeing as he is part of GMBI's board of advisors.

Here are some shots from the rally taken by our photographer on site.