The eclipse is happening once in 350 years at the same place, and this year the total eclipse can only be seen in Indonesia.

Brilio.net - We will experience some special events in Indonesia on the upcoming March 9, 2016. Besides that it is Nyepi Day or the New Year of Çaka calendar for Hindus, there will also be the total solar eclipse. The eclipse is happening once in 350 years at the same place, and this year the total eclipse can only be seen in Indonesia, if not in the Pacific Ocean.

The solar eclipse happens when Moon is passing between Earth and Sun, and the natural phenomenon lasts only minutes. The longest duration will happen at one point in the ocean on the north of Papua New Guinea, which is the center of the whole eclipse line, for 4 minutes 9 seconds. In other parts in Indonesia it will last between 1.5 to 3 minutes.

This is more or less what you will see when the sun eclipse is happening: There are 12 provinces in Indonesia that will experience the total sun eclipse, which are West and South Sumatra, Bengkulu, Jambi, Bangka-Belitung, all of Borneo (except for North Kalimantan), West and Central Sulawesi, and North Maluku. The others will experience the partial solar eclipse, along with North and West Australia, South and East Asia, Pacific and Indian Ocean.

Some cities are preparing special event for the phenomena, like in Yogyakarta and Padang Panjang. Quoted from Antaranews.com, the Meteorology, Climatology and Geophysics Station in Padang Panjang is preparing the facility for live broadcasting that will allow people to watch it from online streaming. BMKG Yogyakarta is planning to have a public gathering at Tugu Pal Putih to watch the eclipse together, equipped with telescope and giant screen. Check the activity in your own city to make sure you don’t miss this event.

Here is the schedule for the total solar eclipse and the durations in Indonesia: 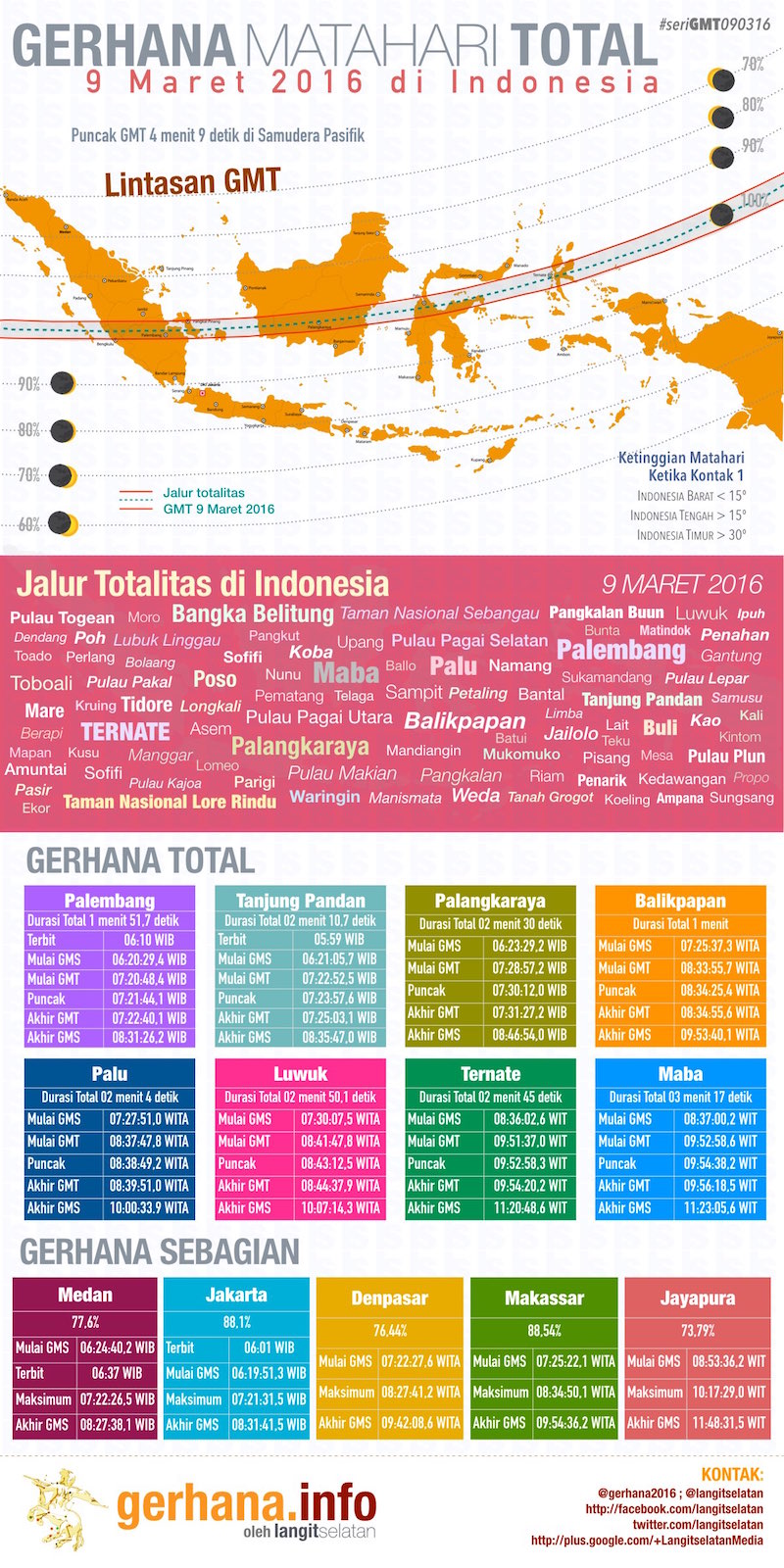 But be prepared to see the eclipse for it is blinding. “The riskiest part is the transition from total phase to the partial phase. When the Moon is moving, the first sunlight that comes is very strong. At that time our pupils will be open at its largest,” said the Head of the National Institute of Aeronautics and Space, Thomas Djamaluddin. So be careful and don’t forget your sunglasses if you want to watch the phenomena.

Up Next: The first medical encyclopedia of the Matsés people is being made