Indonesia and Japan agreed to strengthen their bilateral cooperation in several sectors.

President Joko "Jokowi" Widodo on Sunday received a state visit from the Prime Minister of Japan Shinzo Abe at the Presidential Palace in Bogor, West Java.

Bey Machmudin, chief of the Presidential Press Bureau, said officials from both countries had productive discussions that are hoped to further strengthen bilateral ties between Indonesia and Japan. This is Jokowi's fourth meeting with Abe in the past two years. 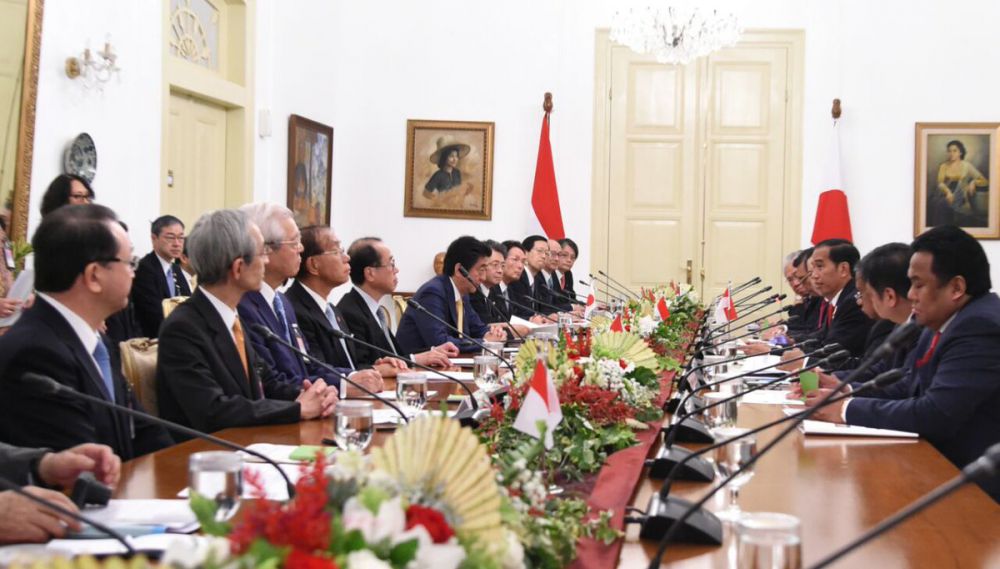 "In this very meeting, Prime Minister Abe and I agreed to continue enhancing our cooperation in politics, economics, maritime, and socio-cultural sectors. The efforts to improve this partnership will always be based on a mutual benefit [for both countries]," said Jokowi.

Jokowi explained that Indonesia has requested Japan to open up access to the former's agricultural and fisheries products, as part of Indonesia's efforts to export domestic goods to more countries.

"We've also started the general review of Indonesia-Japan Economic Partnership Agreement this year," said Jokowi. The agreement will seek to avoid the implementation of a double industrial taxation without having to interfere with the either country's economy. 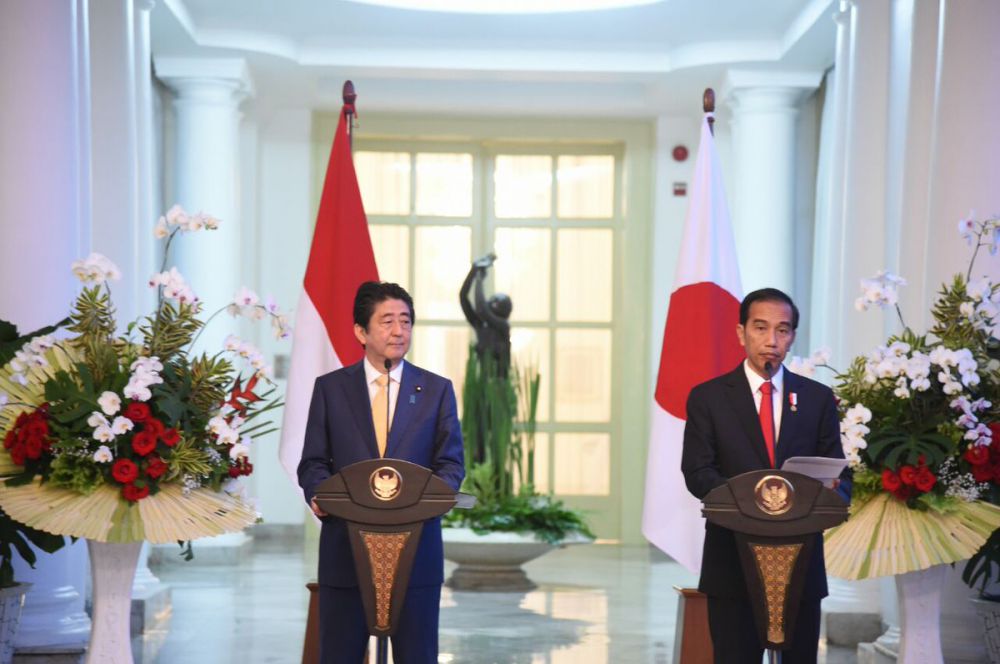 Both countries also agreed to discuss the development of the Masela block, a railway project connecting Jakarta and Surabaya in East Java, as well as plans to push forward a partnership for an integrated marine and fisheries center in the outer islands of Indonesia.

In 2018, both countries will be celebrating 60 years of diplomatic ties since the signing of the Peace Treaty between Japan and Indonesia.

"Next year, Indonesia and Japan will celebrate 60 years of diplomatic relations and we agreed that modern technology would be the theme. We also want to encourage Japan to improve cooperation with other IORA [Indian Ocean Rim Association] countries, for which Indonesia is the current chair."

Abe considered the cooperation in the field of maritime a priority. As such, Japan will seek to actively push for a cooperation in the maritime security front and to develop remote islands in Indonesia through the Indonesia-Japan Maritime Forum established last December.

Both countries also talked about combating terrorism together, with Indonesia playing an important role as the world's largest Muslim population.

Between the First Ladies 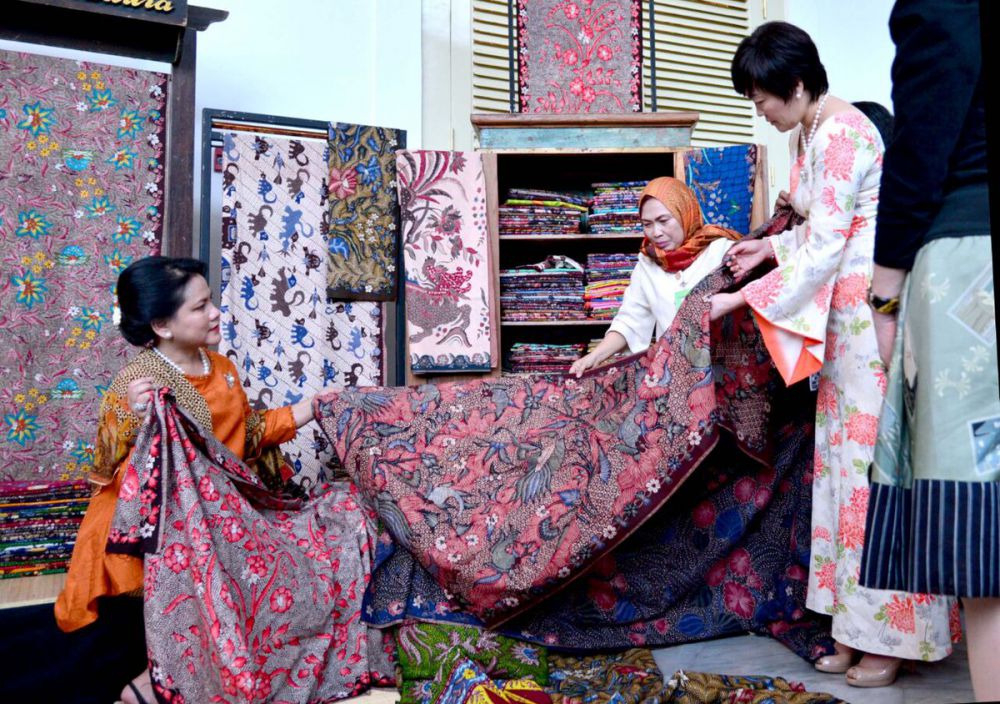 Iriana later took Akie on a tour to show off Indonesia's traditional handicrafts, such as silver crafts from Lombok, West Nusa Tenggara; batik from Solo and Madura; songket from Palembang; ikat weaving of Flores and more. Both First Ladies also took the time to participate in a batik-making workshop.

Up Next: Flight School Training Plane Crash-Lands in Banyuwangi