Nothing presidential, just a humble pair of blue sandals.

Brilio.net - After the jacket he wore during televised speech last month made waves on the internet, Indonesian President Joko Widodo earlier this week decided to show off yet another fashion item of his: a pair of sandals.

On his official Facebook account, Jokowi posted a pair of navy blue sandals by local brand Fladeo bought during a trip to Balikpapan, East Kalimantan to promote tax amnesty. 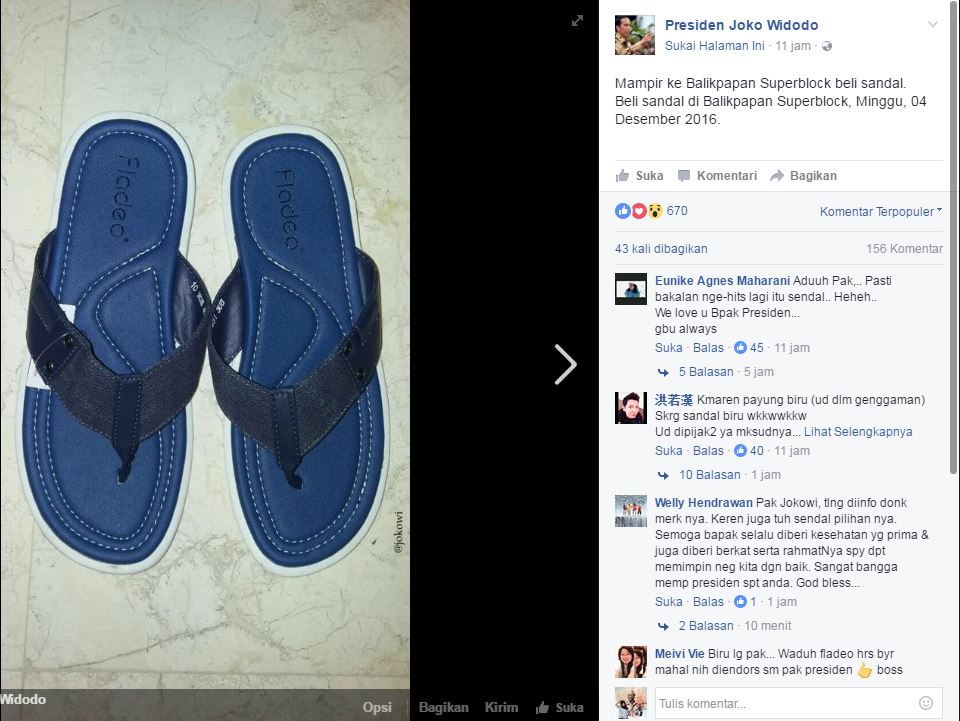 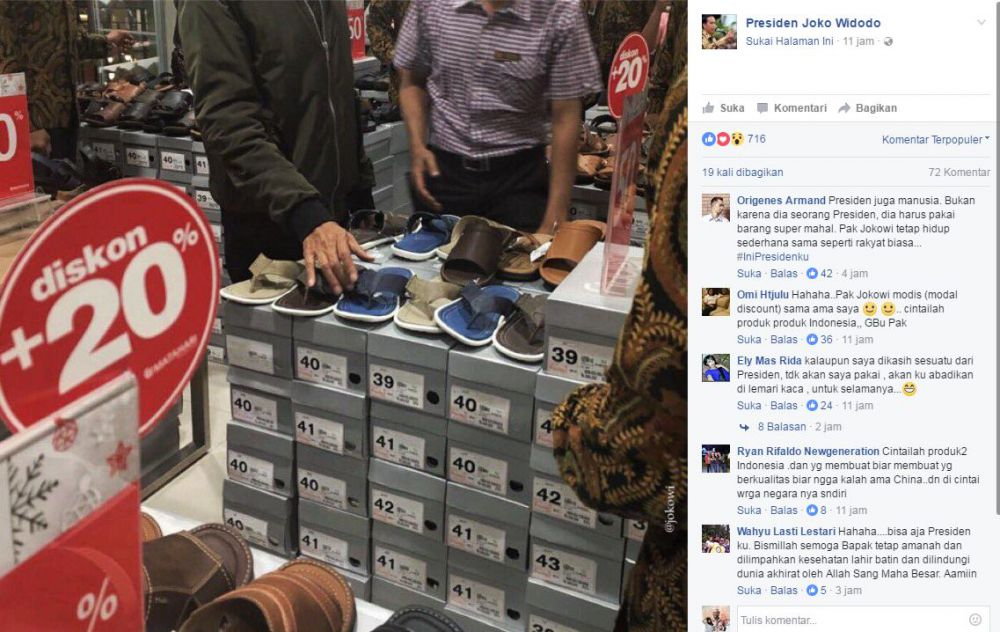 “Sir, you are brilliant... Promoting a locally made product while your style is in the spotlight so that this Fladeo brand will be in demand. Your idea... I salute you, Sir. I wish you health always," says Dewa Agung Wisnu

“Keep on promoting local products, Sir, so [you] can support this nation’s products and help people develop a prosperous economy. Keep your spirits up,” says Gardini A. Kurnia.

“Oh, Sir, [I] haven’t bought the jacket and the umbrella. Now the sandals.. Hehe..” Antonius Radja Lexo posted on Facebook.

Up Next: Earthquake Rocks Aceh, At Least 97 Dead