One of the world’s biggest fortress is in Indonesia!

Buton fortress is the biggest fortress in the world as noted in the Guiness Book of record in 2006.

Brilio.net - Indonesia has been widely known for its beautiful natural landscapes. But in certain areas, you can also find fortresses that are remnants of the colonial era. Did you know that one of the fortresses in Indonesia is known as one of the biggest fortresses in the world? This fortress is located in an island in central Indonesia, called Buton Island.

Buton fortress is the biggest fortress in the world as noted in the Guiness Book of record in 2006. This fortress has an area of 23.375 hectares in Bau-bau city. The shape of this fort is quite unique. It is made of limestones, stones and sands. The outside wall of the fortress has a height of 2,7 meters. In Buton Castle, there are 12 gates in which each of them is protected by a canon. According to the local people, the number of gates refers to the numbers of holes in a human’s body. 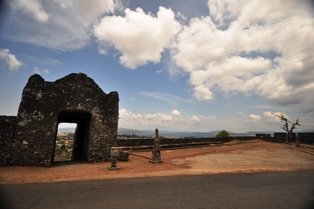 Within the greater fortress, there are also small fortresses which have different functions. For example, the Sorawalio Fortress was used as the hiding place for royal families in urgent situations. Meanwhile, Katobengke Fortress was a place to execute enemies. 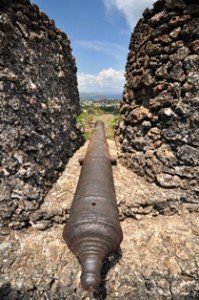 In the middle of this fortress, there is a mosque which has a 33-meter high-flagpole. This flagpole has been there for 400 years which is roughly the same age of the Buton kingdom. The solid stone wall had always protected the flagpole and the Buton kingdom so that it still exists until now. 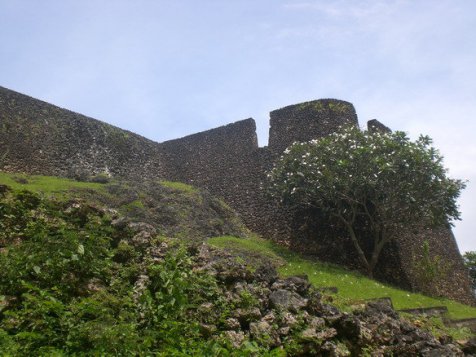 Up Next: This Legendary ‘Angkringan’ has Served Train Passengers for 15 Years!