NASA photo shows alien skull on the surface of Mars

Brilio.net - Despite the lingering controversies, Mars is actually an amazing planet. Scientists are continuously searching for livable possibilities in hopes that people on Earth someday will be able to migrate and live on the red planet, which includes searching for the signs of life there.

Recently, Mars sparks another controversy. A strange object was spotted in images beamed back to Earth by NASA's Curiosity Rover, which has been trundling around on Mars since 2012. This discovery has undoubtedly injected vigor to extraterrestrial enthusiasts.

In a video posted on YouTube, an alien hunter group called the Paranormal Crucible said the skull was 'obviously alien in nature' and appeared to resemble the remains of an imaginary creature. The so-called Sasquatch, also known as Big Foot.

Here are some photos for you to investigate:

1. Can you see any skull around here? Try to take a closer look... 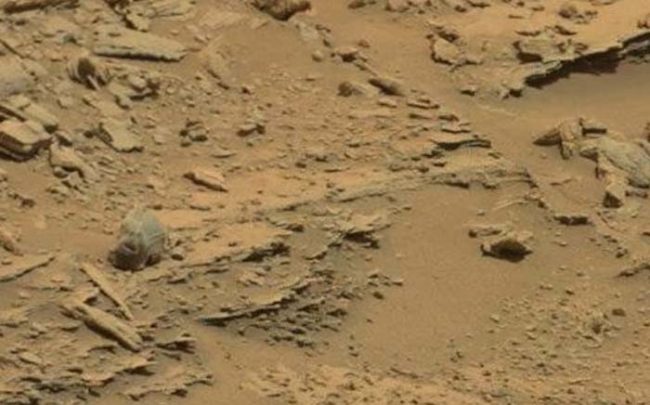 2. This one will help you to examine further. This is a photo with colour enhancement. Do you think it’s the real thing?

4. Unfortunately, what we're seeing is likely the human brain's natural instinct toward pareidolia; our tendency to see certain shapes and patterns in random objects. 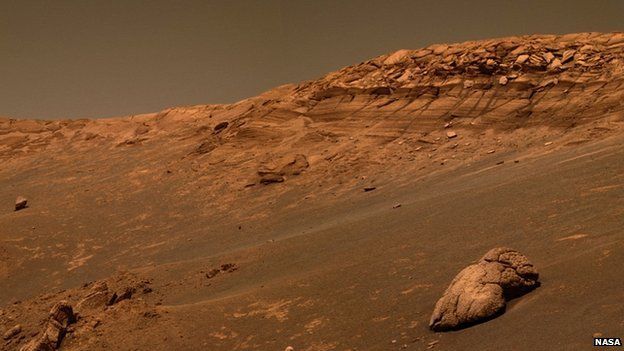 5. We didn’t say that there’s no life on Mars. There can be living creatures, but probably small and microbial, not giant alien Sasquatches. 6. Here’s the video to heal your curiousity:

Up Next: Look closely, these photographs are not Photoshopped