The people of Indonesia stood by each other and voiced out their opinions on social media using the hashtag #KamiTidakTakut.

Brilio.net - On the morning of January 14, 2016, a series of coordinated explosions and shootings rocked central Jakarta, Indonesia. The incident took place at downtown, specifically at the Sarinah area located along Thamrin road. The attacks commenced inside a Starbucks store, where the first terrorist had blown himself up. Altogether, multiple bombings and ensuing gunfights claimed the lives of four attackers and four civilians - one of whom was a Canadian citizen. Over twenty others were left injured.

Despite the incident, Indonesia stood strong. Here are 5 ways how:

1. Voices of the nation 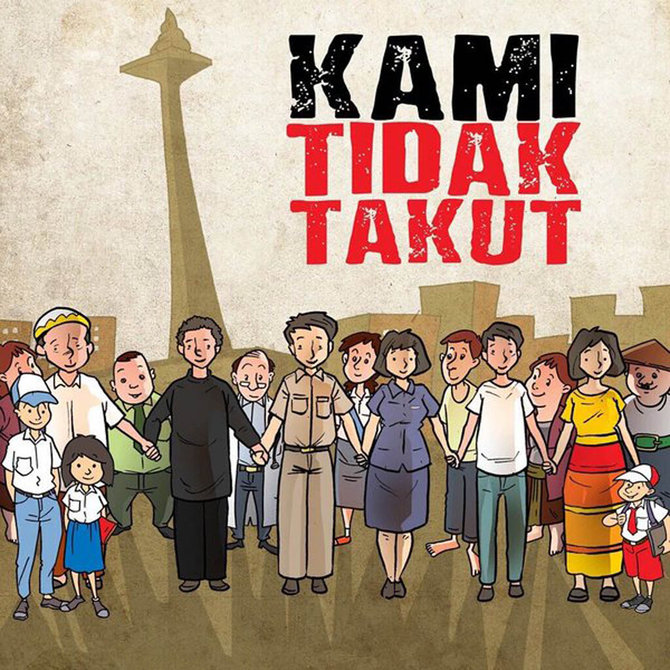 The people of Indonesia stood by each other and voiced out their opinions on social media using the hashtag #KamiTidakTakut, which means, "We are not afraid.” The messages went viral, and this goes to show that the nation's people are united in combating terrorism. President Joko Widodo demonstrated some charismatic leadership in reacting to the terrorist attacks. He knew their intentions and did not want to let its aftermath instill any sense of fear amongst the Indonesian citizens. According to the New York Times, Jokowi said during a press conference, "The people do not need to be afraid and should not be defeated by these terrorist acts. I hope that people remain calm because it is all controllable." Well said, President! 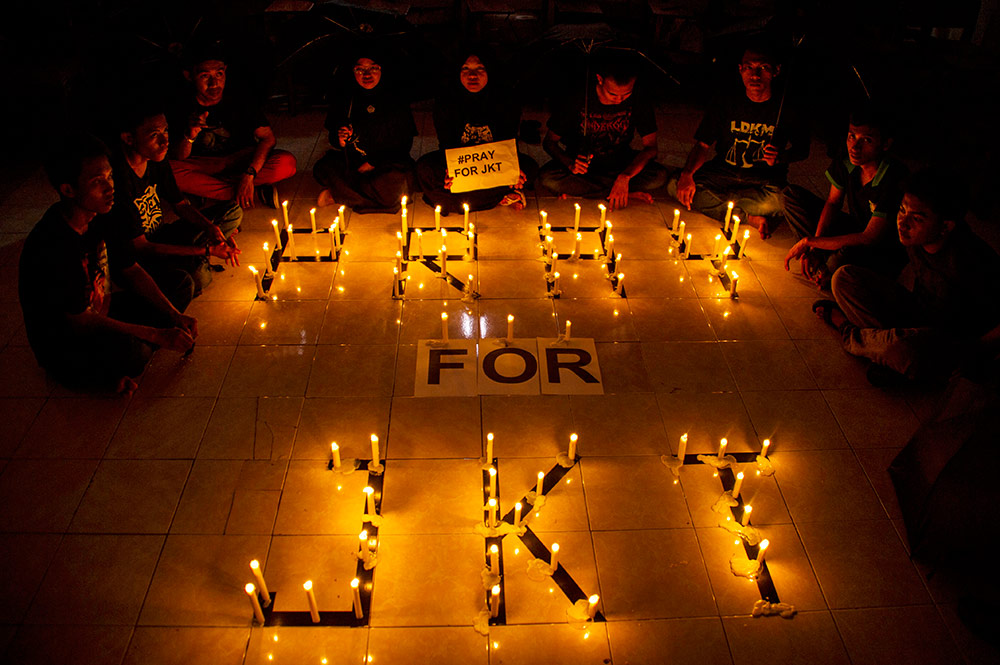 Two days after the terrorist attacks, a memorial session and candlelight vigil had taken place. The voices of the nation erupted when a group of citizens sang the national anthem. At night, a handful of Indonesian students were seen at a candlelight vigil for the victims of the attacks. What a beautiful way to light up the dark!

4. The satay vendor who did business as usual 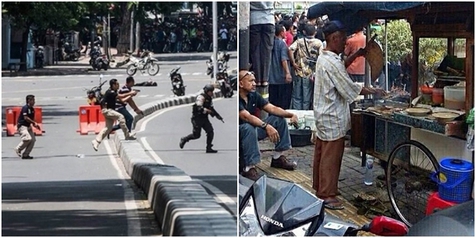 In spite of all the chaos, a satay seller showed off his perseverance and courage in style. Located just about 100 meters away from the bombings, the man showed no fear whatsoever. At the time of the incident, he was happily serving his specialty to his customers as if nothing had happened. An amazing attitude indeed!

5. May the force be with us all A man dressed in a Darth Vader costume took to the streets on Friday, January 15, 2016. He proudly held some flowers along with a poster with the words ‘We Are Not Afraid’ printed on it. After all, he’s part of the Star Wars community in Indonesia and wishes nothing more than a safe and peaceful nation.

And there you have it - Long live Indonesia!

Up Next: Meet the legendary lizards of komodo island