Artist Spencer Tunick directed the shoot, titled ‘Everything She Says Means Everything’.

Brilio.net - As the United States edges closer to its November election, the political drama continues.

On the Sunday before Donald Trump formally secured the Republican nomination at a scandalous convention, there was a unique story in the waves of protests against the real estate magnate’s candidacy.

In Cleveland, Ohio, where the Republican National Convention was held, 100 women got naked for a project by the artist Spencer Tunick, titled Everything She Says Means Everything. The women held up large circular mirrors to the sky, with sunlight bouncing off it and into the camera lens.

According to the project’s website (http://spencertunickcleveland.com/) the large circular mirrors were held up to both reflect ‘the knowledge and wisdom of progressive women, and (project) the concept of 'Mother Nature' into and onto the convention center, cityscape, and horizon of Cleveland. The mirrors communicate that we (women) are a reflection of ourselves, each other, and of, the world that surrounds us. The woman becomes the future and the future becomes the woman.’ 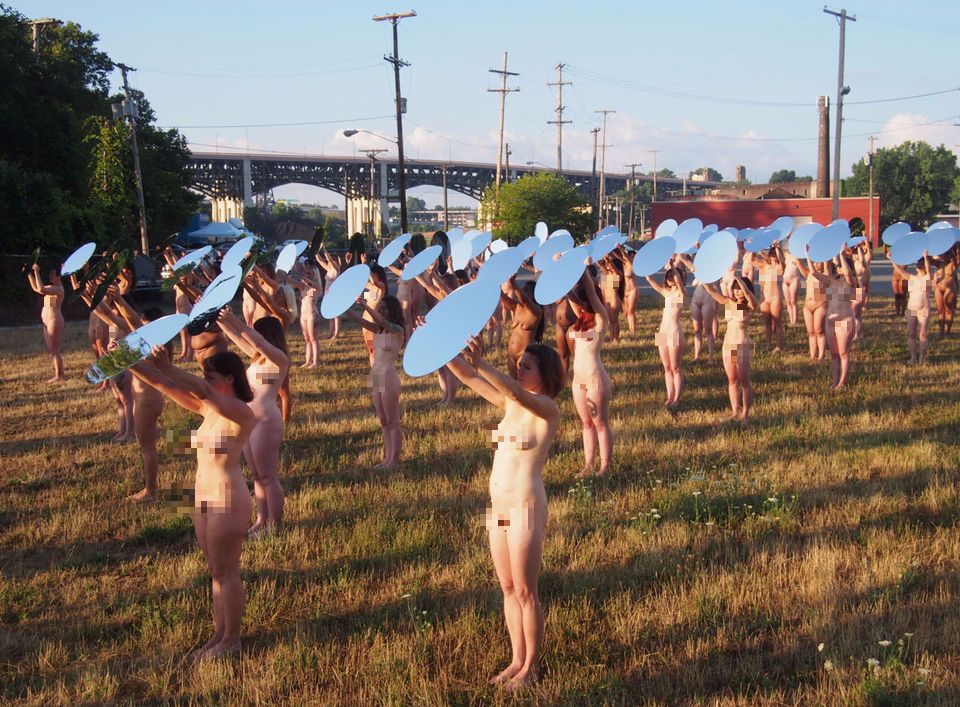 Many women voiced out their intentions in taking part at the photoshoot. One of them said, “after years of sexual abuse as a child it took me a long time to see that my body is mine, beautiful, and part of this world. Though I’ve just come to know this artist and what he does I want to help, because what he’s trying to make others see gives me hope.”

Another participant said, “I believe in the power of women, and the power of art to move the world toward a higher consciousness. I also wholeheartedly believe in the freedom of expression, of which this project is the epitome. I like the idea of the collective woman and the feminine energy being a force of nature.”

A young Hispanic woman also publicized her point of view against Donald Trump in a long statement, revealing that, “I want to stand up for my reproductive rights. As a Hispanic, I want to be seen as a member of this community. As a first-generation American, I want to show that anyone deserves the opportunity to come here. As a young woman, I want to embrace my body and everyone else’s size and shape. As a human being, I want to stand up against Trump and other Republicans whose hateful speech towards women, immigrants, lgbt people, and all “others” is poisoning this nation. Being a participant in Spencer’s installation allows women to be the medium, rather than the object. We are so often objectified in our society, being told our self worth is directly related to our appearance. The mirrors reflect the viewer and environment, a message of connection and statement of empowerment.” 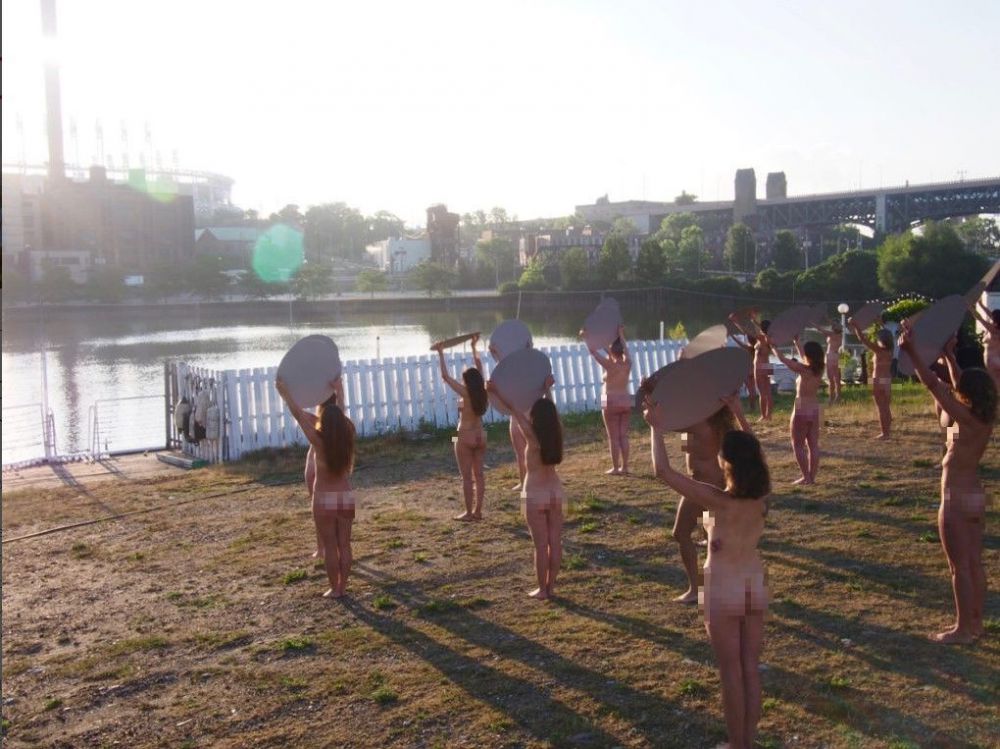 Trump has courted controversy throughout his campaign for his comments on hispanics, muslims and women. Accusations of sexism have been leveled at him for much of his career.

If you’d like to read more on the statements by the women, check out Spencer Tunick’s website here. You’ll be amazed at their viewpoints!

Up Next: Russians lose appeal and Olympic ban continues