Read what it says here.

Brilio.net - Just a few years after The Beatles was awarded MBE (Most Excellent Order of the British Empire) in October 1965 by Queen Elizabeth II, John Lennon reportedly wrote a letter to the Queen stating that he wanted to return the medal.

On the letter, John explained the reason why he returned the medal, citing the Kingdom’s involvement in the Biafran War. 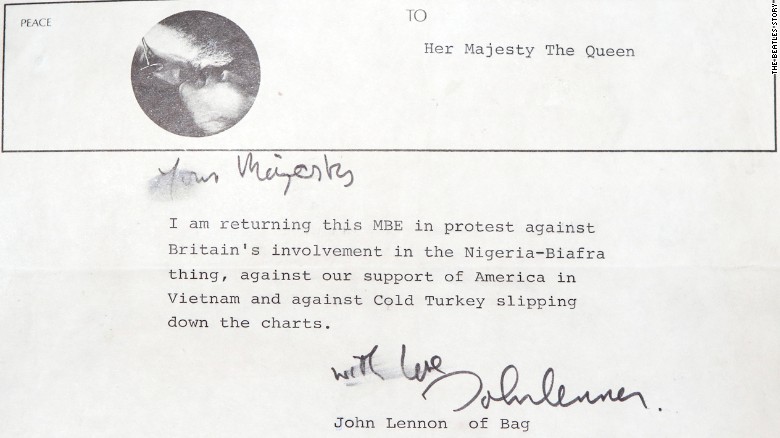 According to Darren Julien, a music memorabilia expert, as cited from CNN, the smeared ink in the paper could be the reason why Lennon did not end up sending the letter. There is also a possibility that the singer had re-written it. "If you're writing to The Queen, you want the letter to look perfect, you don't want the ink to be smudged."

Up Next: Indonesia Police Make Peace Appeal Ahead Of Hardliner Rally