Fadli Zon Criticized For Congratulating And Posting Selfie With Trump

Brilio.net - Donald Trump's victory in the recent US presidential election was met with mixed reactions from countries all over the world. In Indonesia, Deputy House Speaker Fadli Zon's move to congratulation the president-elect on his Twitter account seems to have backfired as the friendly gesture, posted along with a "wefie" of him and Trump himself, drew more criticism than support.

Netizens' reaction started flooding in as soon as he posted the tweet.

1. “@fadlizon you support ‘Defending Islam’ rally with @DPP_FPI, and yet now you ‘bow’ before Donald Trump who is anti-Islam? You drunk?”

2. “@fadlizon @realDonaldTrump maybe [he] wants to move [to US]. He doesn’t respect his own President.” 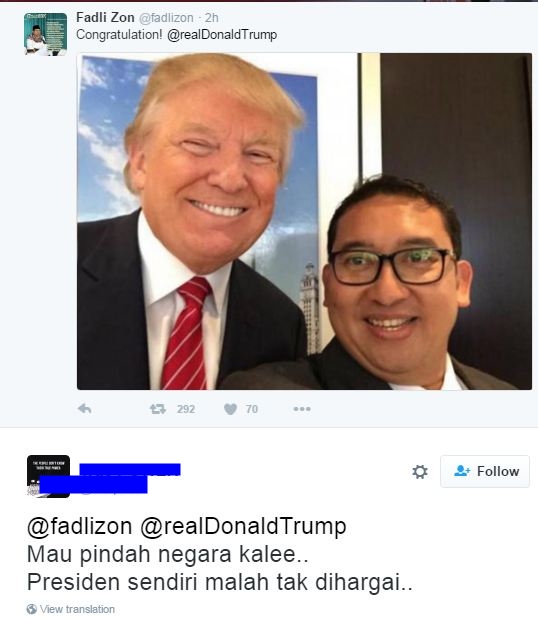 3. “@fadlizon hopefully bang Fadli would be a president too... President of Zimbabwe ^_^” 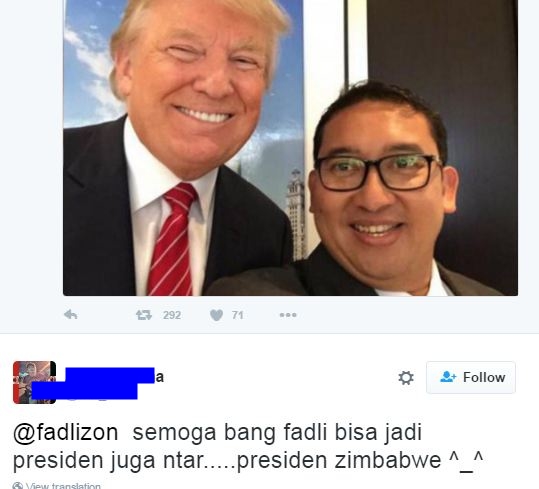 4. “@fadlizon He said he supports Defending Islam rally with @DPP_FPI. Yet [he] suddenly ‘bows down’ before Donald Trump. Where is your idealism, dude?”

5. Some went with this meme: 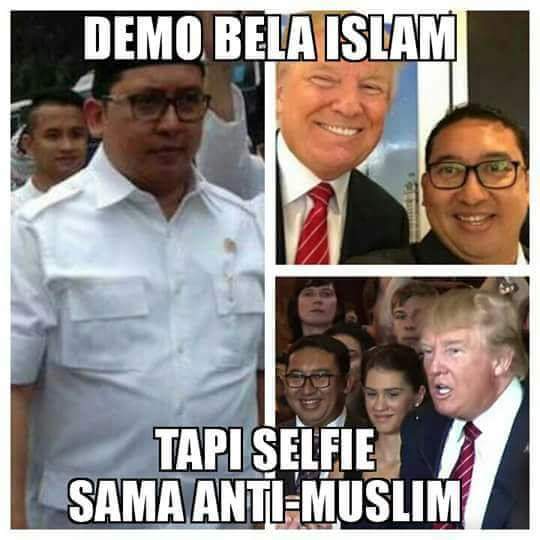 Lower text: but he took a selfie with an anti-Muslim.

Up Next: 33 Incredible Old Photos Of Bali