The Ice Bucket Challenge did some major good

Money raised through the viral campaign led to a breakthrough

Brilio.net - Two years ago, it was all over our Facebook feeds and Twitter timelines: people throwing a bucket filled with ice-cold water onto themselves before challenging other people to do the same. Now, there are some real results

The aim of the challenge was to raise awareness and funding for a rare disease called amyotrophic lateral sclerosis, also called Lou Gehrig's disease, commonly known as ALS. Scientists have now identified the gene that causes it.

ALS is a degenerative disease that attacks the motor neurones of the nervous system and gradually paralyzes patients. Death usually occurs within three to five years after the initial diagnosis.

After celebrities like Bill Gates started getting involved, the trend went viral.

The “Ice bucket challenge” started with former baseball player Pete Frates, who was affected by ALS himself. The challenge built momentum with the help of the ALS Association and Facebook CEO Mark Zuckerberg, who was one of the first to take part and encouraged others to do the same.

The challenge was simple: record yourself pouring an ice-cold bucket over your head and nominate three of your friends to do the same. Then you make a donation to the association.

This kind of viral challenge is a very common practice on social media, but the ALS ice bucket challenge is one of the most popular ever.

About 3 million people (counted by Facebook) took part in less than a month, and a host of public figures and celebrities took part, including Oprah Winfrey, Benedict Cumberbatch, Justin Timberlake, Britney Spears, Lady Gaga and even US President Barack Obama. 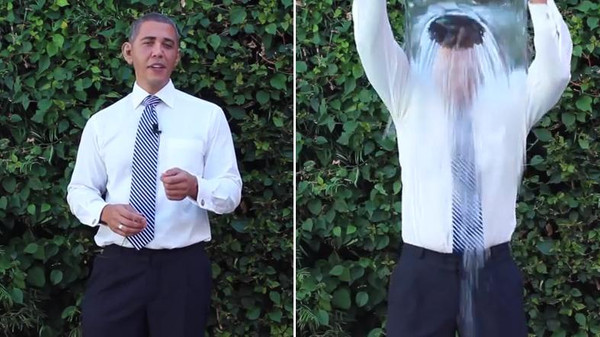 The most spectacular results are the discovery of the gene responsible for the disease which has now finally been identified by scientists.

The identification of this new gene involved in ALS mechanism and its origins were published this week in an article in the scientific journal “Nature Genetics”. Called “NEK1”, it could even provide a basis for gene therapy to cure other degenerative diseases.

The success came thanks to the extensive network of researchers that was set up after with funds from the challenge as well as the large number of samples they had to work with following the increase in ALS's profile.

Beyond being a scientific success, the Ice Bucket Challenge is also an amazing illustration of the power people have when they work together.