Sting performed in the Bataclan reopening (Photo via FoxNews)

Some considered the song an insult to victims of the Bataclan theater attacks last year.

Brilio.net - English singer Sting was among the first musicians to perform at Paris's newly reopened Bataclan theater in a ceremony that took place on November 12, a year after attacks at the concert hall that claimed the lives of 89 civilians.

But while his heartfelt performance resonated with those in attendance, others took to social media to express concerns regarding his use of the word "Inshallah" as the title of a new song, which he also performed at the program that evening.

“Tonight, we have two tasks to complete,” he said to the audience. “The first is to remember those who lost their lives in the attack, and the second is to celebrate life and music in this historical building.”

During the occasion, Sting sang some of his biggest hits, such as Fragile, and debuted a song titled Inshallah, which lyrics were written to remember Syrian refugees and victims of bloodthirsty wars, and also contained messages of hopes to the world. The singer described Arabic Inshallah (meaning "God willing") as a magnificent word.

The song, however, sparked controversy on social media, with many accusing him of insulting the victims who had been killed by the act of terror a year ago.

One netizen tweeted "The Islamic fascists of #daesh have won Islam! I am outraged that Sting pronounces this sentence. What an insult to the dead."

While another said "And why we are not allowed to make nazi greeting in front of synagogues?" 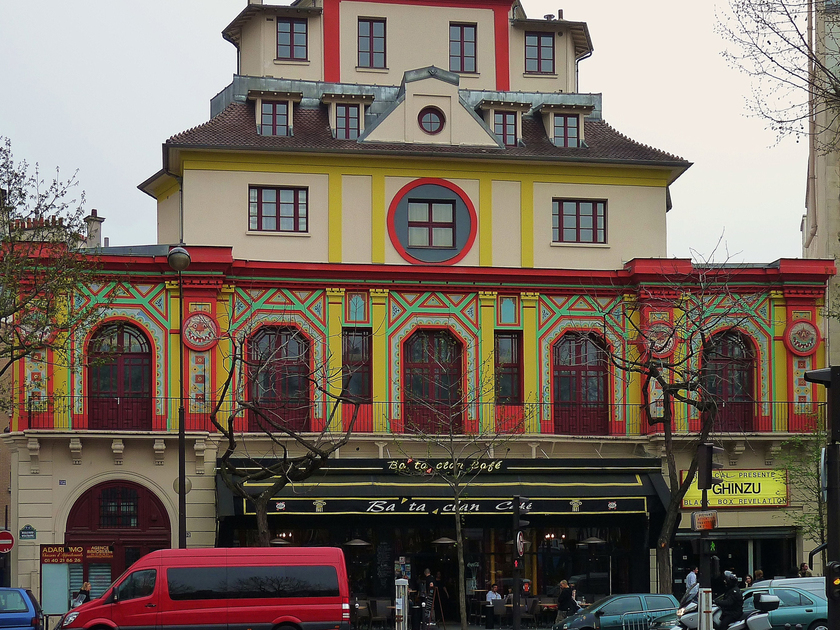 Bataclan theater building has been renovated (Photo via Skintmagazinedotcom)

The phrase itself is a pretty common phrase used in Arabic-speaking countries, although Muslims were specifically taught to use the phrase when expressing a promise for something that is to occur in the future, putting emphasis on their belief that no one but God has power over what's to come.

Sting himself had no intention to insult, emphasizing that the phrase is a prayer and a proof of humility, courage, and hope, and the song reflects his concerns of refugee families who lost their homes and forced to leave their own homelands.

"This song is about a family on a boat trying to get to Europe," he said, as quoted by news agency AFP. "I don't have a solution for the migrant crisis but I think we can find one through empathy."

On November 13, 2015, attackers claiming to represent ISIS stormed the building during a performance by Eagles of Death Metal and fired bullets using an automatic gunfire to the crwod. The terror ended with one attacker shot dead and two others committing suicide. The attack was one of a number of other incidents that took place in Paris that day, which killed a total of 130 people.

Up Next: This Kebaya-Wearing DJ Brought Rave Vibes To A Traditional Wedding