Dying to know who were the folks behind Teletubbies? Here they are!

Have you ever wonder what folks behind those baby-face masks look like?

Brilio.net - Our colourful childhood heroes have made their come-back with series of viral memes on social media. Their hilarious “reappearance” has us reminiscing on those happy golden years, when Tinky Winky, Dipsy, Laa-Laa and Po filled our younger years with their cute alien-like faces and colourful costumes.

Talking about costumes, have you ever wonder what folks behind those babyface masks look like? Considering Teletubbies’ baby-resembling characters, it’s easy to imagine some cheerful cute kids inside those tubby costumes. But no, they’re no kids.

Feeling curious? Brilio.net has compiled some photos for you:
1. John Simmit is the man behind the stabilo-green Dipsy. 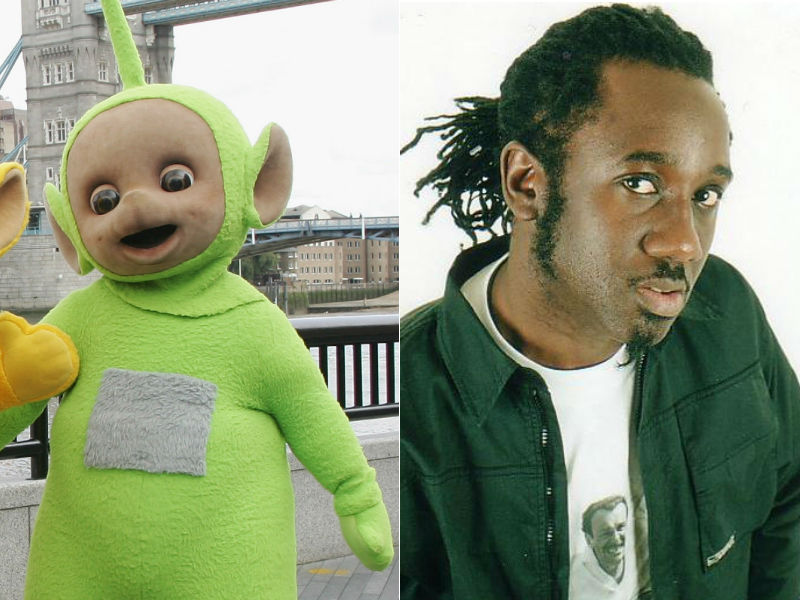 John Simmit is a Birmingham-based stand-up comedian behind the cheerful Teletubbies character which is known for its tall cow-patterned hat. At first, no one had a clue that the 52-year-old man played Dipsy, but then some of his fans started to recognize him.

2. Simon Shelton is the one who played purple Tinky Winky. 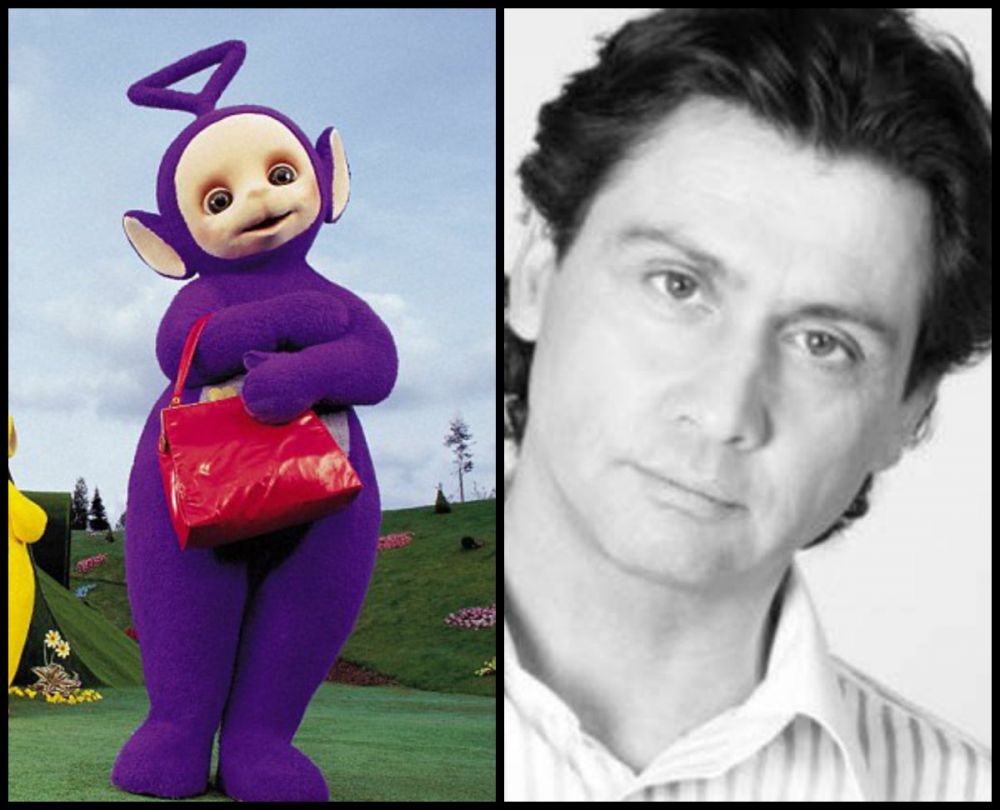 As featured in Daily Mail, the man behind Tinky Winky character was a professional dancer and choreographer Simon Shelton. The 50-year-old London-based dancer was enjoying his career peak during Tinky Winky era. 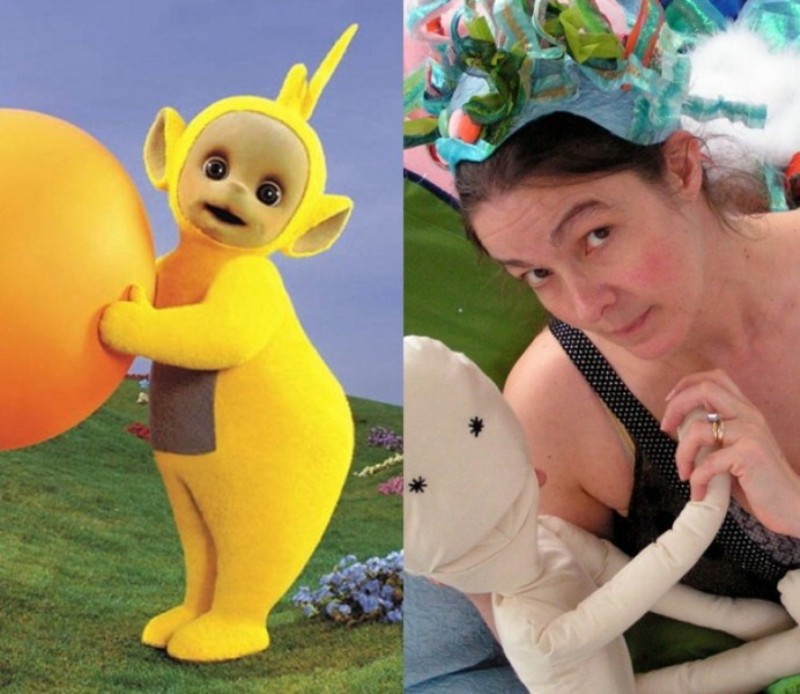 As you probably expected, Laa-Laa is played by a woman, who is also a dancer. She played the character while she was 19, but this 45-year-old lady still remembers her days as cute Teletubby. She used to work 11 hours every day, inside the heavy, stiflingly hot Laa-Laa costume.

4. Pui Fan Lee as the youngest and cutest Po. 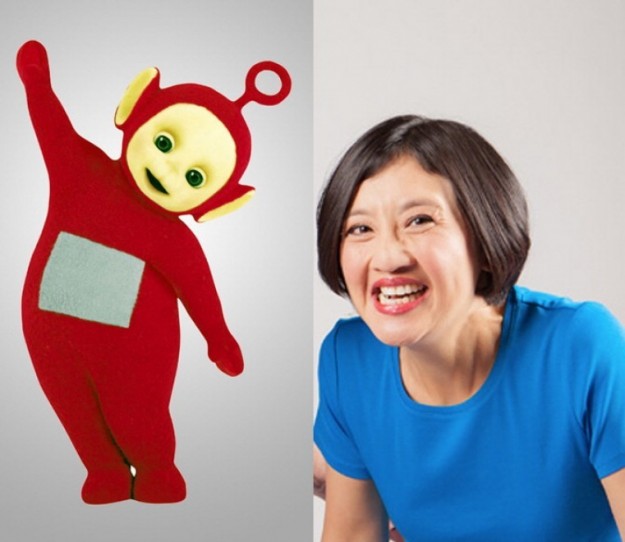 Pui Fan Lee had plunged into the entertainment world before she agreed to play Po. The 44-year-old Chinese-descendant british entertainer said she was surprised with Teletubbies’ 1990s fame, but also had great times playing the chubby red character.
Okay, that’s all. But wait, we have one character left! Yes, you name it. The Baby Sun! But we have saved that one in one different article because the sun was so damn cute!

5. Guess who was behind this unbearably cute smile? 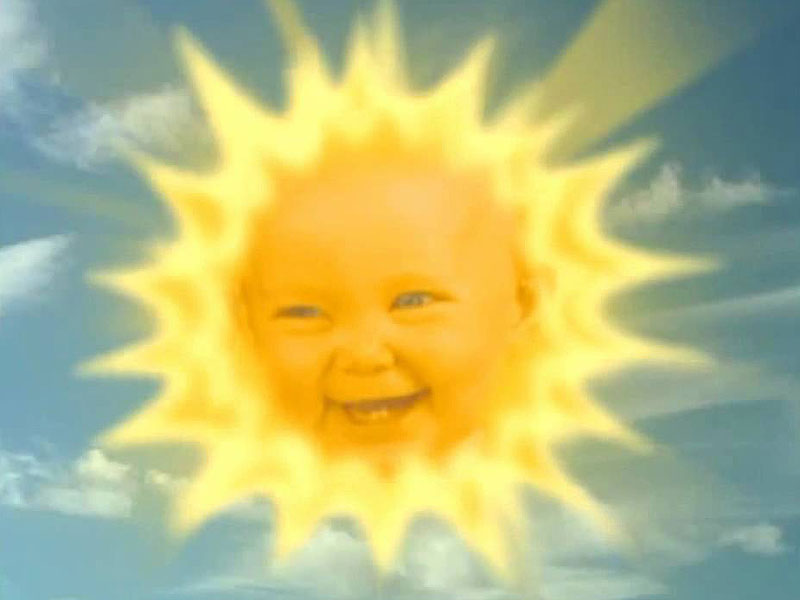 See whose face appeared as the yellow sun in the Teletubbies’ world here.

Up Next: Teletubby’s baby-faced sun is all grown up into a lovely young lady!