Brilio.net - On her 18th birthday on April 3, 2016, Paris Jackson got a new tattoo, and dedicated to her famous late father Michael Jackson. She took a picture of the fresh ink on the side of her left wrist, which consists of the words “Queen of my heart” and showed it off on her Instagram account.

“To everyone else he was the King of Pop. To me, well, he was the king of my heart,” Paris wrote in the caption of black-and-white snapshot. The letters were taken from Michael Jackson’s handwriting, which made it that much more special and personal.

The tattoo artist Justin Lewis also posted a photo of Paris on his Instagram account. In the picture was also singer-songwriter Austin Brown, Paris’ cousin who accompanied her that day. Written on Lewis’ caption was: “Paris Michael Jackson got her tattoo today. Letters from her father, so sweet.” 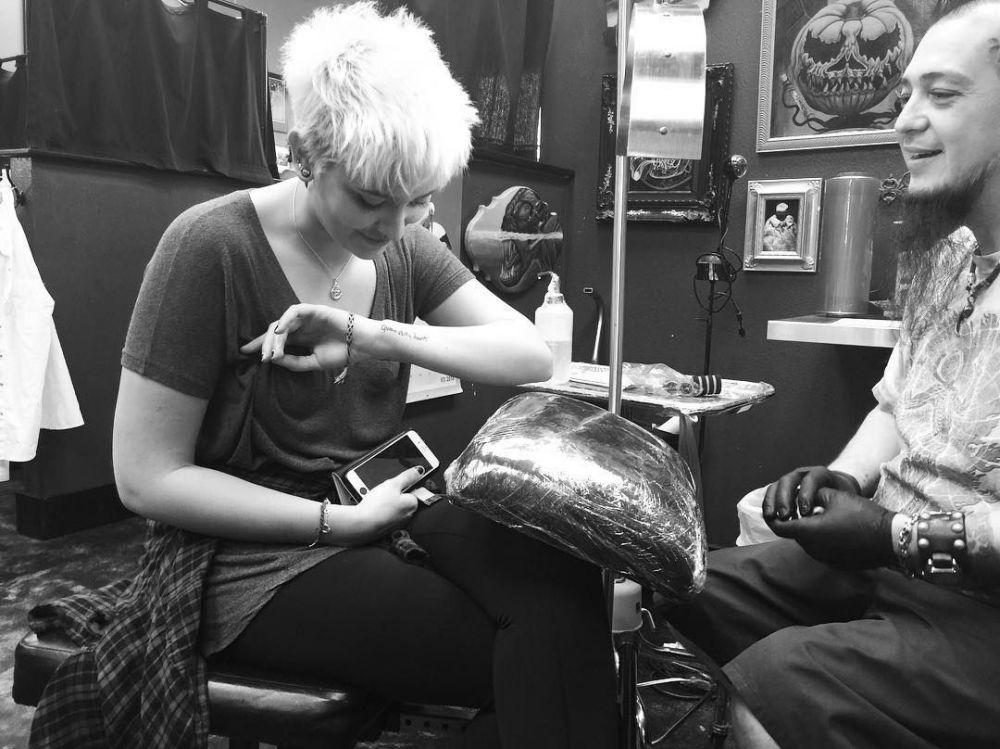 Paris was 11-year old when her father died at the age of 50 in June 2009. Surely the daughter has had to a void to fill in her heart and wanted to honour him with a tattoo. In 2012, when she was 14-year old, Paris wrote on her twitter, “I kinda want to get August XXIX tatted on my back.” Aug 29, 1958 is Michael Jackson’s birthday and the tweet has been since deleted.

Celebrating her special birthday, Paris took a pic of her PDA-filled outing with her 26-year old boyfriend Michael Snoddy a day before she got the tattoo. They seem to be very much in love with each other, as Snoddy wrote on his Instagram, “Happy birthday to one of the most incredible women I’ve ever met! So happy we get to celebrate YOUR DAY together! Cheers to many more baby!”

Paris also captured a love-filled picture on her Instagram and wrote “best birthday ever, my baby.” The couple is known to have started dating since Paris’ Instagram posts two weeks before her birthday, which featured the couple in a loving embracing and rocking matching skull shirts. This is surely a good thing for her after her meltdown break-up with her first love, Chester Castellaw, which brought out her rebellious part last January.

Up Next: 25 Business names that really caught our eyes and mind