10 Of the most annoying behaviors Jakartans do

A huge metropolitan like Jakarta are sure to have its quirks. Here's a couple that grinds our gears the most.

Brilio.net - As with other big cities across the world, the list of reasons to love or hate the city are always abundant.

Expected in a diverse melting pot such as Indonesia's beloved capital, annoying habits carried out by people -either intentional or unintentional- can be witnessed almost every day.

Here's a list of what we think are the most annoying habits certain people carry out in Jakarta:

1. Rushing into an elevator while there are still people inside

Why it's annoying: "Excuse me! I'm trying to get out and not get stuck inside a claustrophobic metal box!" Common sense sometimes elude many people when it comes to elevator etiquette. Yes, sometimes elevators are busy and can fill up quickly, but that doesn't give you a good enough reason to block those that have finished their business riding the elevator. People going in the elevator have nowhere to go aside from said elevator. Those going out probably have a million places they can go.

2. Creating a mini flood inside toilets 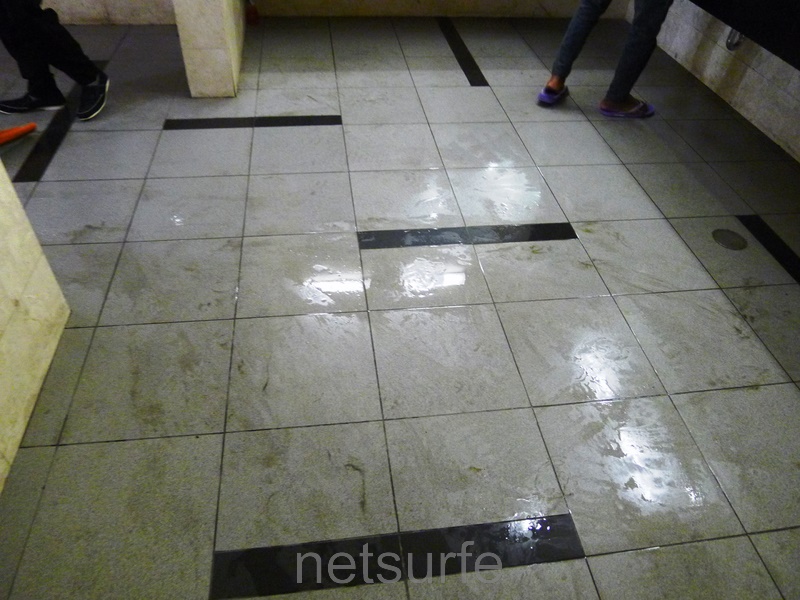 Why it's annoying: First and foremost: hygiene. Harmful pathogens are more likely to flourish in wet environments compared to dry. Therefore, in a setting where hygiene is paramount, having puddles of water or wet spots isn't a pleasant sight. Imagining what types of filthy bacteria or virus are attached to a wet toilet seat is scarier to some than a full blown zombie apocalypse. Also, it's never pleasant to walk into a toilet and feel as if we're walking into a swamp. Because wet floors will definitely make the tiling dirtier with dirt, gunk, and other questionable substances.

3. Jaywalking when clearly there's a crossing bridge 10 meters down the road

Why it's annoying: Sadly, there's this sense of entitlement those that use the road but aren't inside a vehicle or on top of a motorcycle. There's also a hierarchy of which cars are the most guilty, followed by motorcycles, and pedestrians are unlikely to be culprits and always the victim. Case in point the insane amount of people jaywalking irresponsibly. Don't get us wrong, if it's a carefully planned and considerate jaywalking, it might not ruffle our feathers as much. But when you deliberately try to cross a road where there are no traffic lights in sight, with the cars going over 60 km/h, and you purposedly just step out on the street with the hopes that cars will just stop for you, then you are someone that's endangering not only your life but others as well.

4. The post-landing scuffle in an airplane Why it's annoying: Seriously, the plane's not going anywhere and neither are you. A plausible explanation is elusive in the case of people who immediately get up from their plane seats and reach for their belongings before the seat belt sign has been turned off. What's the hurry? The doors haven't even been opened yet. As a result of this type of person's inability to be considerate, other people are bound to feel aggrieved and miffed; with all the noise, shoving, and impatience.

Why it's annoying: No one in their right mind would even consider this to not be annoying. Aside from the safety hazards irresponsible drivers may incur, they're also making aggravating other people with their seeemingly non-chalant behavior. Not much else can infuriate a person more than staring down another vehicles in their own lane. Unfortunately, because Jakarta is overflowing with vehicles, many inconsiderate people have resorted to this dangerous behavior to get to their destinations quicker. 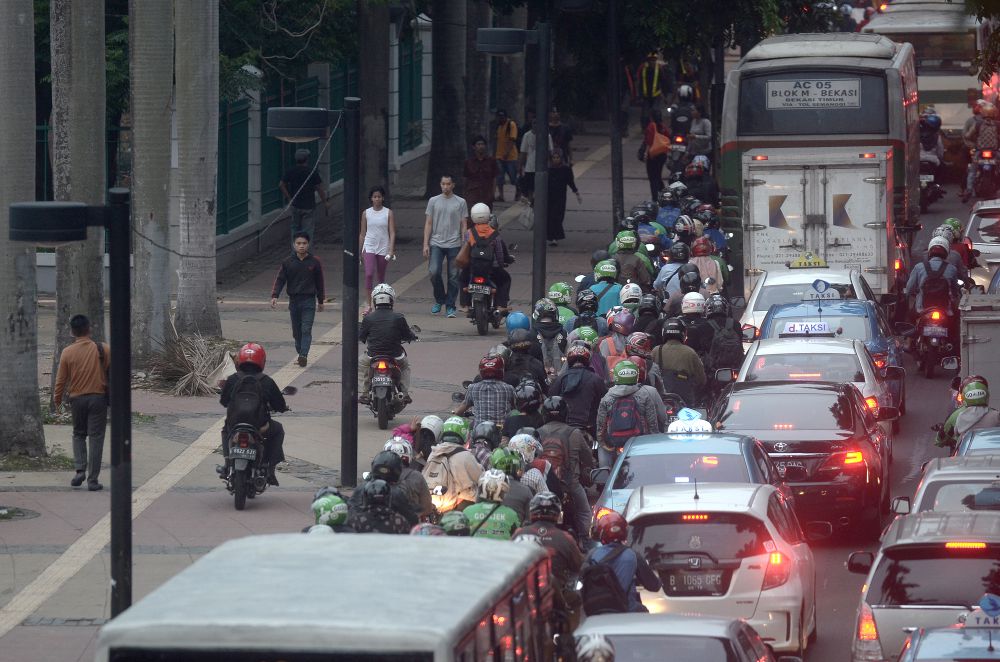 Why it's annoying: Sidewalks are made for pedestrians walking. Period. Full stop. It is not in any way an added avenue for motorcycles to pass by. Following the trend of drivers tempting the fate of their own and others that are more vulnerable, this particular behavior annoys us because sometimes the drivers are the ones aggrieved when a poor pedestrian is in their way. Mind blowing!

7. Throwing garbage big and small on the roads

Why it's annoying: Keeping in line with the traffic theme, this particular behavior is health hazard first and foremost. Culprits may not be aware that garbage can degrade into harmful waste if not treated properly. Furthermore, it's not a pleasant sight seeing a moutain of wast piling up on the side of the road. A germaphobe's worst nightmare! Not to mention the stink some waste will produce if you give them enough time to decompose.

8. Suddenly stopping in the middle of a busy path

Why it's annoying: We all need to get somewhere everyday. Whether it's by car, train, bus, or even walking. But when we do walk, we understand that everyone has their own speed of walking. However, we've noticed that some people can just stop and not move an inch in say in the middle of the mall without warning. The results? Bumps, fallen phones, dislodged glasses, or hideous face-plants. Seriously, if you want to stop and look at your phone, make your way towards the sidelines. It will only take you 3 seconds to do and it doesn't enrage others.

9. The art of queuing is lost on some 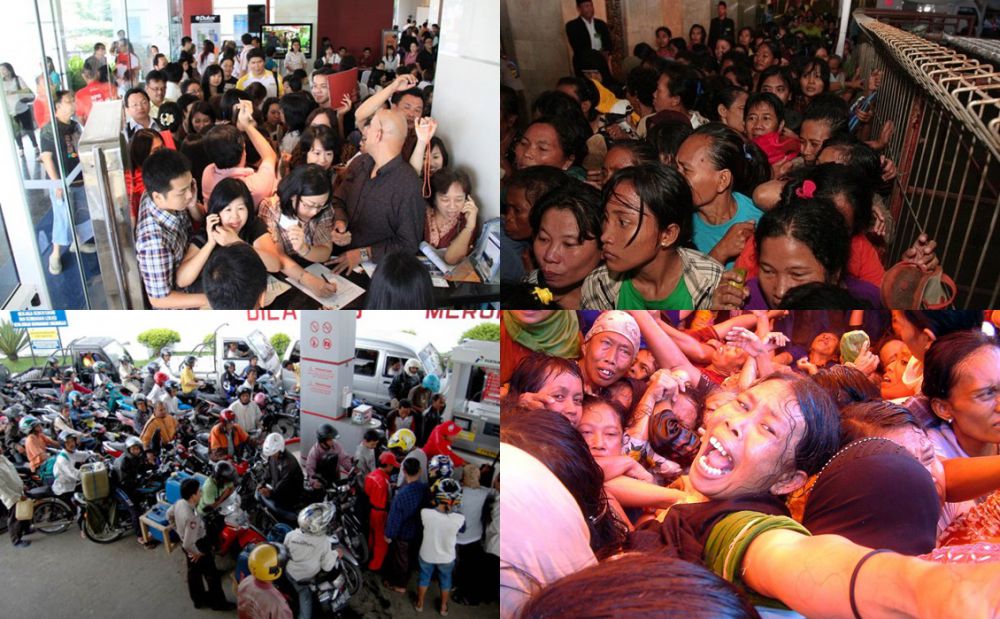 Why it's annoying: perhaps this doesn't only apply to Jakarta, but many other cities in general. But the lack of structured queues, especially in crowded shops, restaurants, parking lots, or even in public transportation just irks us. Everybody has limited time available in a day and not just you! Queuing was created to create order and discipline (or the product of it) and a general state of disarray will generally incite rage from us. Worst part of line-cutters? Their seemingly non-chalant behavior as if it's okay to cut lines.

Why it's annoying: This particular behavior can be encountered anywhere from ticket boxes, fast food restaurants, to coffee houses. It's especially annoying when there's a long line snaking behind your back. If there's a line, you're most likely to have already been in plain sight of the menu or choices for a while. If there's no one behind you waiting to make a purchase, perhaps it's fine that you take your merry time. But by all means, just play on your phone as you wait in line instead of browsing through the choices and make a decision before you reach the cashier.

Up Next: Gross? Think again, these 5 Indonesian delicacies are to die for!