The Meaning Behind The Sarong, Other Traditional Balinese Accessories

Brilio.net - For those planning a Bali adventure, you probably have visits to some of its beautiful temples listed in your itinerary, or are simply looking forward to participating in some of the spiritual ceremonies that take place on a regular basis. But before you get all excited, why not take a moment to talk about the attire you might be required to wear on the grounds — from the beautiful sarongs at temples to the more intricate headdress and kebaya you may have already seen worn by locals in the many colorful pictures of Balinese ceremonies.

Here, we fill you in on the meaning behind each item and why, when it comes to local cultures anywhere in the world, there is always much more than what meets the eye.

A.k.a. the sarong visitors are required to wear prior to entering temples. Kamben is a cloth worn to cover the lower part of our bodies; it is tied around the waist and falls just right below the knees. For men, it is customary for the kamben to be wrapped from left to right, representing the good (dharma). Their kambens cover the legs down to the ankle, which suggests that men should cover more ground in supporting their family. As for women, the kamben is worn from right to left, a sign that the women are saktis, keeping the men balanced. 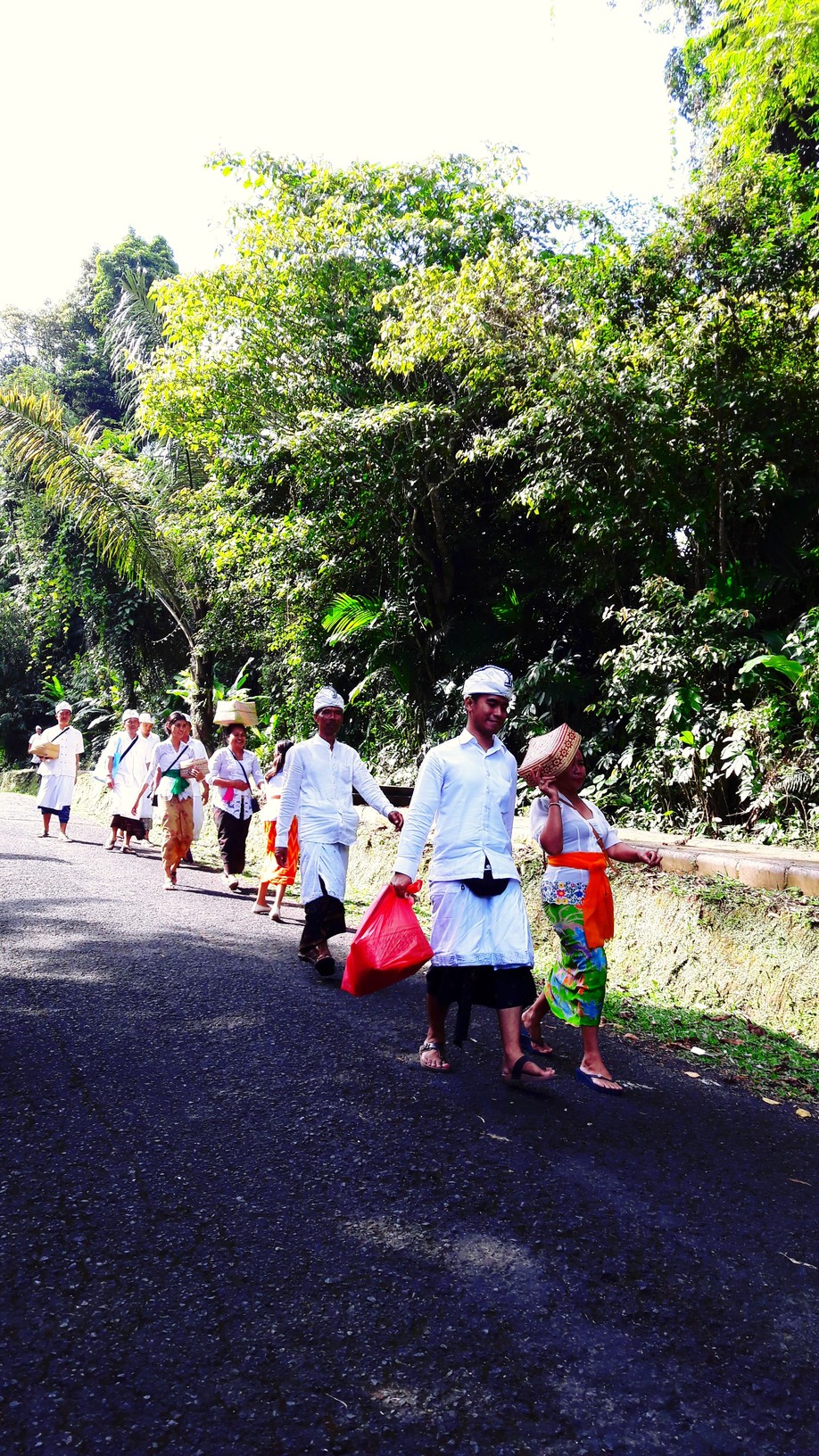 When attending a ceremony, both locals and visitors are required to put on a white kebaya (for women) and a white shirt (for men). While other colors may be acceptable, the white that is typically seen in such events is meant to represent clarity and peace. It has become the color of traditional ceremonies, with ngaben— the Balinese cremation ceremony — being an exception, as participants typically switch the white for a black attire instead. 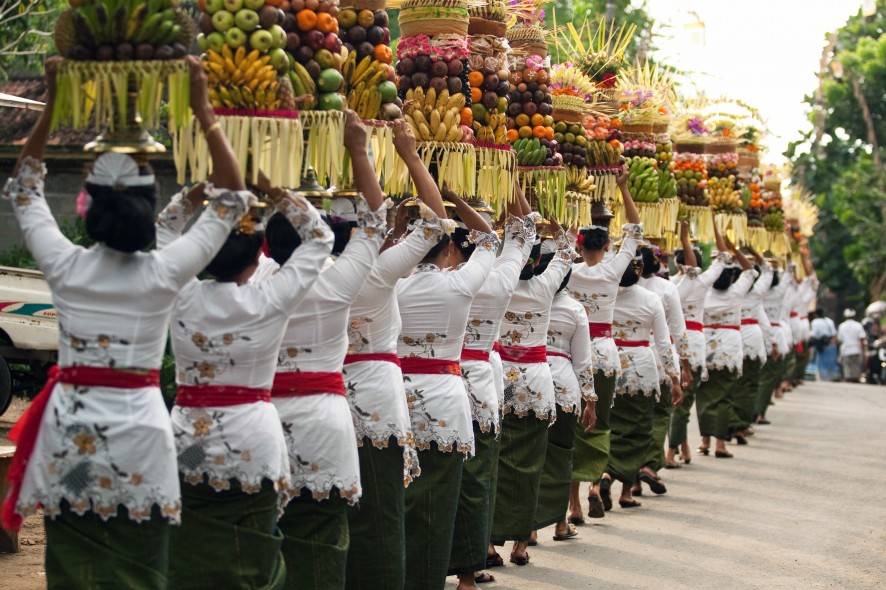 Bulang pasang is a girdle worn under the women’s kebaya, representing good self-control.

Over a kamben, men are required to put on what is called a saputan. It’s a three-quarter-long sarong that extends from the waist to the thigh, encouraging men to properly cover their private area. 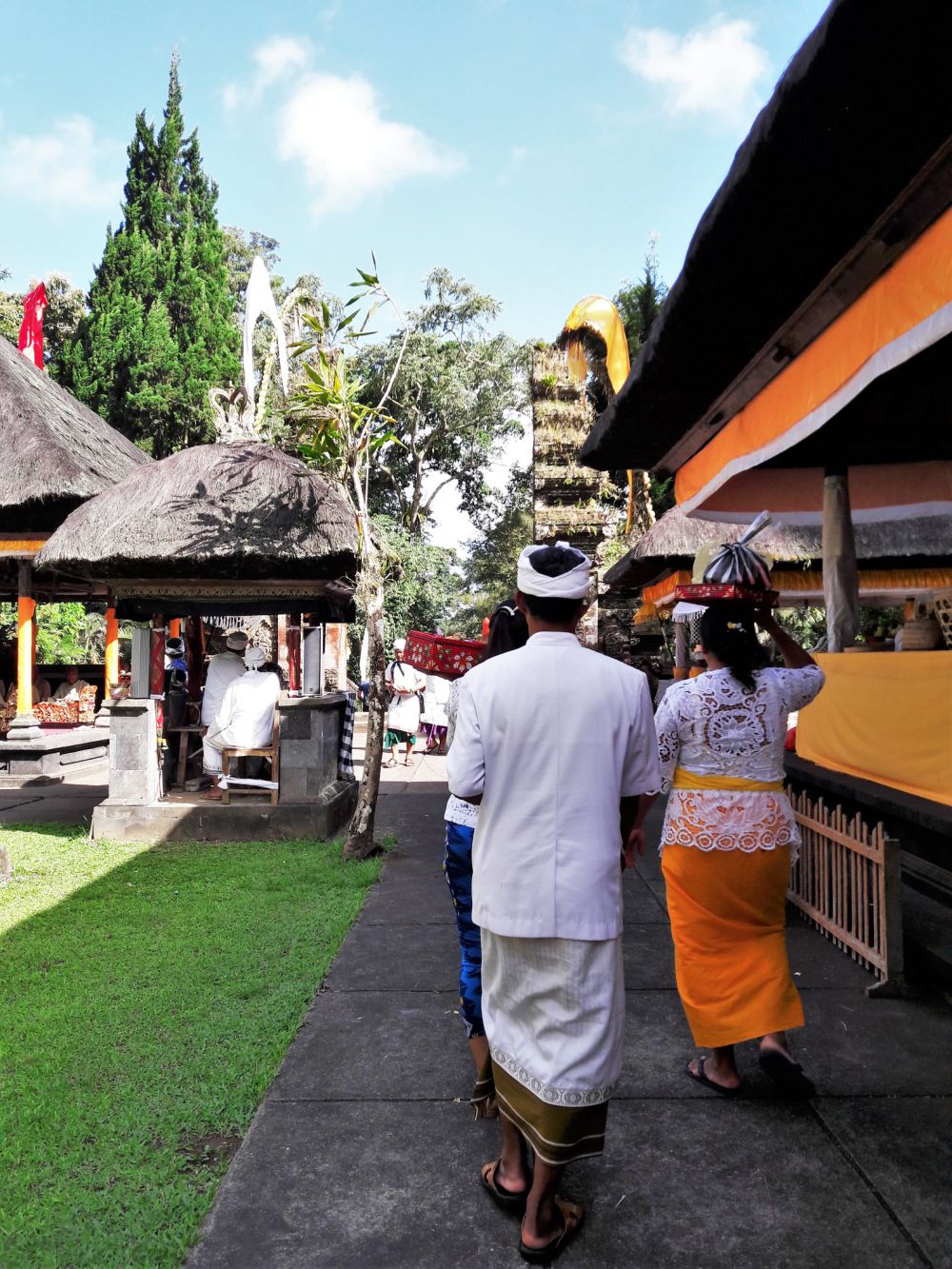 Man wearing saputan over his kamben, and woman wearing bulang pasang under her kebaya.
© 2016 brilio.net/Retno Wulandari

Up Next: Matthew McConaughey Digs For Gold In Indonesia