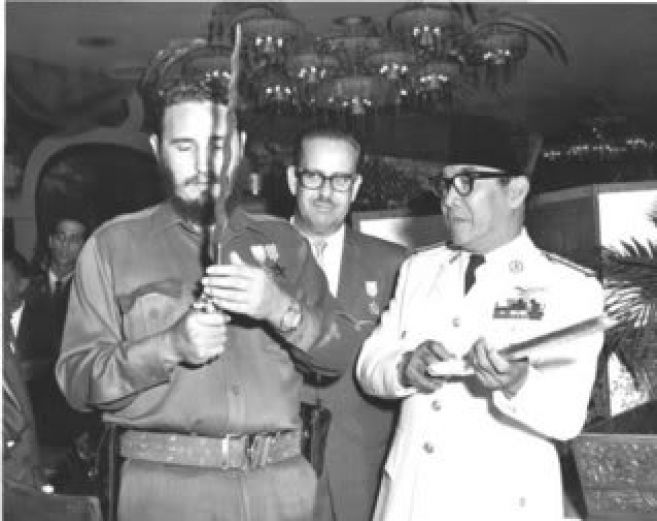 Soekarno handing Castro a kris as a gift.