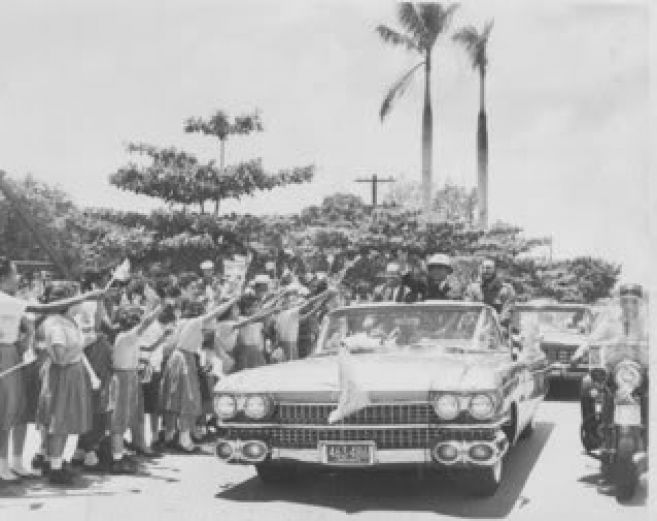 Cubans were enthusiastic to greet Soekarno.