This would be athlete claimed to be 17!

But his actual age was much, much higher than that!

Brilio.net - C’mon, we all do it. At one time or another, we have all said a little white lie about our age, whether it was to make us younger or older. But as all lies go, you will eventually be found out. Just a quick peek on your Facebook wall and the truth would be revealed. But this guy took it to the next level.

A South Sudanese immigrant to Canada lied that he was 17 and soon enough became his high school basketball team’s star athlete. Authorities believe he is actually closer to 29.

The student, Jonathan Nicola, who is 6 foot 9 and wears size 16 shoes, had been attending Catholic Central High School in Windsor, Ontario, as an 11th grader for past six months after arriving on a student visa, The Windsor Star reported. He was so good that his coach was promoting him as a prospect to play in the N.B.A.

But his fate changed when immigration authorities came to school under the pretense that he had lied and misrepresented factual information on his visa application. He eventually admitted that he did lied to obtain the visa.

In an interview Nicola stated that he felt the need to lied as his home country is war torn and he didn’t see another way out, especially after he had been denied visa several different times. 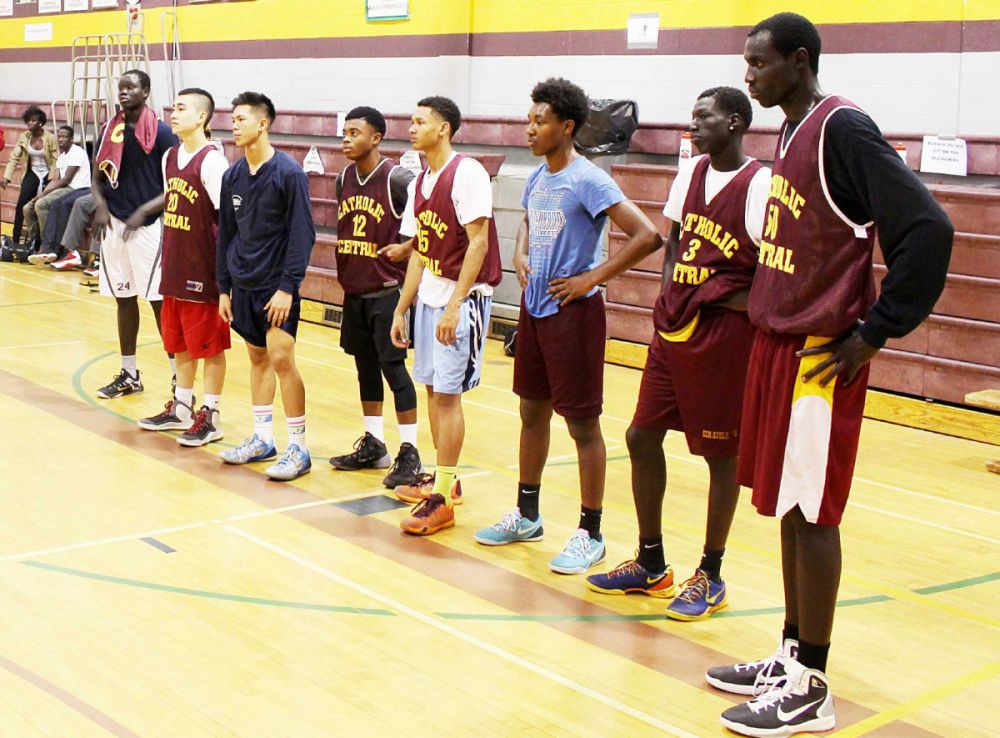 He said it took him six months, and he left South Sudan in November 2015 for a better life, arriving in Windsor, Ontario, three days before what he said was his 17th birthday.

“I really am happy that I am here, happy with the nice people who support me,” he told The Star. His life was looking up as he was living with the head coach under a program called Canada Homestay, which finds homes for foreign students.

But the good times were soon to end. Information eventually emerged that he had unsuccessfully applied for an American visitor visa, and had given a birth date of Nov. 1, 1986, Ms. Julie Campbell, a spokeswoman for the visa agency said. The authorities matched his fingerprints with those of a person who had applied to enter the United States using the 1986 birth date. The match was confirmed on April 15, and he was arrested the same day.

Coach Cusumano told CTV News Windsor that Mr. Nicola was a “kindhearted young man” and added, “At some point, I’m going to forgive him.”

Even the young budding star isn’t sure how old he is. His father works in Saudi Arabia where he was born and he has moved around a lot in South Sudan, and his mother always told him another age.

Up Next: Radioactive boars spreading through Japan