This isn’t Brazil...this is Kali Code!

Taking inspiration from the Brazilian favelas, Jogja Romo Code Community and the local residents have created a similar style in Kali Code.

Brilio.net - You’ve probably heard about favelas, the famous slum areas in Brazil. The most recognizable favela is Cidade de Deus (City of God), a suburb of Rio de Janeiro. It’s well-known around the world because of its brightly colored homes, stacked one on top of each other. The densely populated area also has its own unique culture and community. Taking their inspiration from the artistic style of the Brazilian favelas, Jogja Romo Code Community and the local residents have created a similar style in Kali Code. 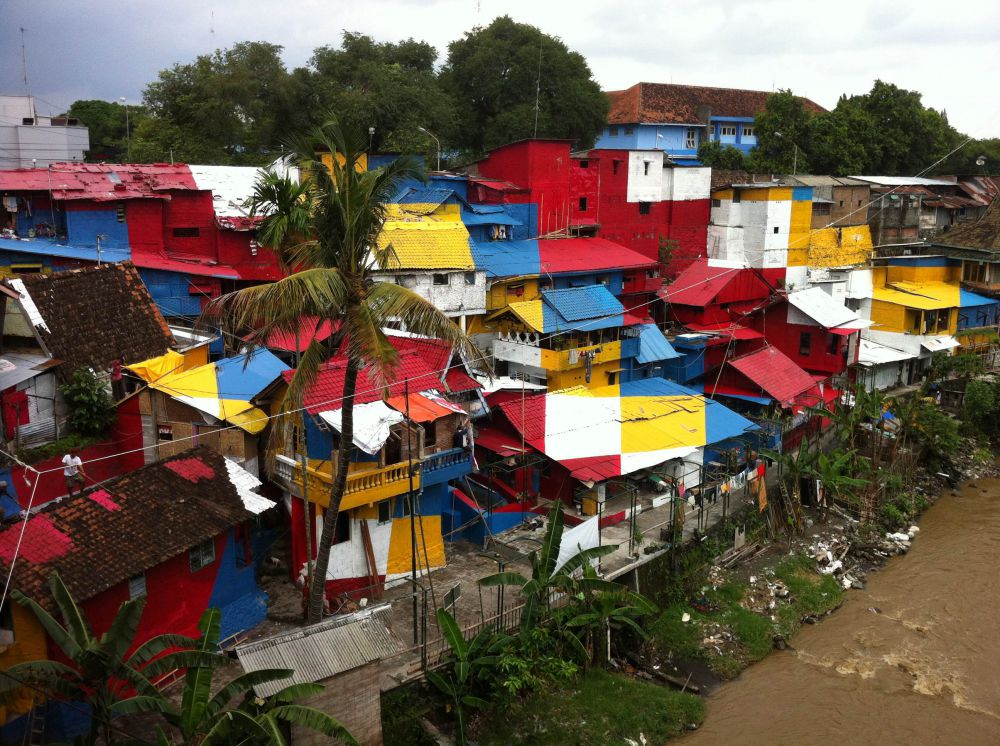 In little less than one month, the entire face of Kali Code Village has been dramatically changed! No longer hidden among trees, it now stands out and can easily be recognized from a distance! You can see the vibrant, captivating colors of the homes, all the way from Gondolayu Bridge. The colors blue, white, yellow and red stand out in dramatic contrast to the surrounding buildings. Nearly all of the houses in North Code, RT 01/01, Kotabaru, Gondokusuman have been freshly painted with the bright colors.

The coordinator of the colorful mural is Pleweh Sartono (40), who said part of his reason for the bright colors, was to help Kali Code will attract new visitors and become a popular alternative tourist site in Yogyakarta.

Pleweh revealed the cost of the renovation was in the tens of millions of Rupiah! And, that all of the money came from the residents of Kali Code Village–without any help from the government! The beautiful colors have also inspired others to get involved. “There is a sponsor willing to help us.” And, that’s good news for the residents of Kali Code Village, because as Pleweh told brilio.net/en, Wednesday, it means that “at the end of April this renovation will finish.” (22/4). Pleweh also let us in on a little secret. The wonderful mural is just a beginning! In the future, this place will be more beautiful than ever, with several plans for development just waiting to be implemented. Kali Code Village has so much potential to be explored and developed by the local residents. Very inspirational!

Up Next: The tale of Fazham Fadlil, who sailed solo from New York to Indonesia