Self defense becomes a fashion accessory with the Fashionable Self Defense Shoes or FSDS.

Brilio.net - Crime in Indonesia is arguably worsening in quantity and the heinousness of their acts. Reported on a daily basis by the media, their seeming spread give the public cause for anxiety, particularly for those most vulnerable to crime like women and children. But women can breathe easier now, as an innovative new product that can protect them yet keep them looking good has been launched.

Use of the shoes are quite simple. For starters, you have to turn on the standby switch on its heel before turning on the secret switch on by stomping your feet. Another advantage of these shoes is that the design does not change their original look, rendering the footwear comfortable.

“Our shoes’ advantage lies in its use of piezoelectric technology, which generates electricity through vibration and pressure from the wearer’s activity. The electricity is then used to shock the offender” explained Redy to brilio.net/en, Wednesday (16/9). 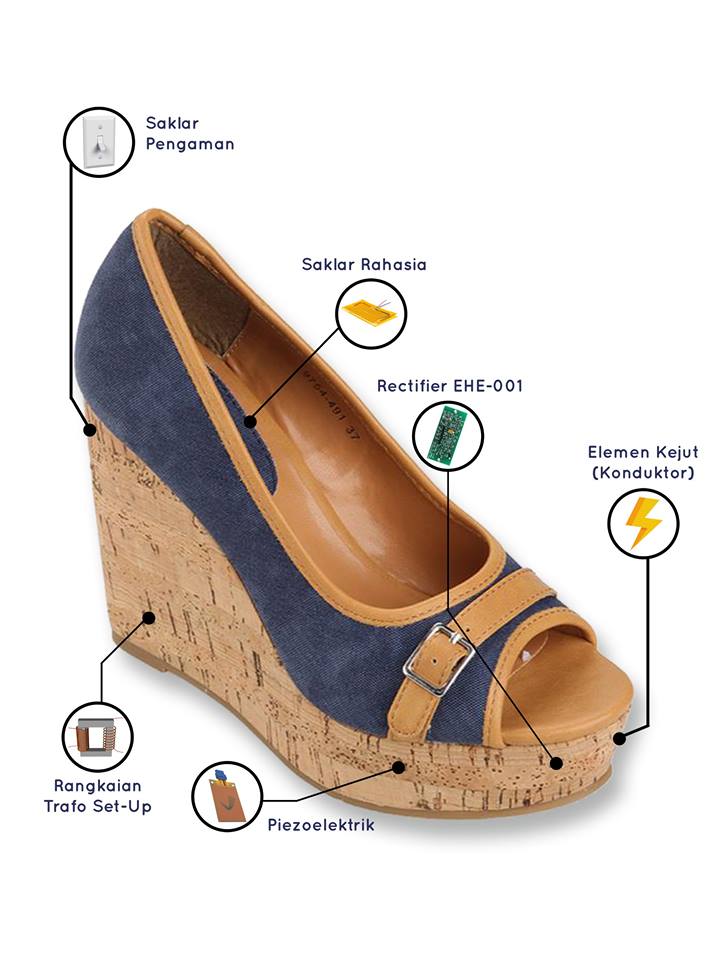 The FSDS is one of the works featured at the Student Creativity Program (PKM). The project will also compete in the National Student Scientific Week (PIMNAS) in October 2015. Until then girls, count down to the days when it will be available for mass production!

Up Next: State of the art pedicab set to disprove notions of its demise