A vsitors experience manager drives a battery power train carrying members of the press inside the Mail Rail tunnels during a media preview of the new Postal Museum and the Mail Rail attraction in London on July 26, 2017. (AFP Photo/Daniel Leal-Olivas)

Few of the millions of people whose letters and packages were shuttled on a tiny train line deep under London ever suspected it existed.

But now the public will get a chance to hop aboard the so-called Mail Rail that not even the brutal Nazi bombing of the Blitz could stop.

"It was only ever meant to be a railway for post," Adrian Steel, the Postal Museum's director, told AFP. "This is the first time that people will be able to ride some of the tunnels, see some of the engineering and discover the story of the postal railway".

For most of the 20th century and unbeknownst to most of the residents in the British capital, six and a half miles of tunnels dug under their feet ferried millions of letters a day between different sorting facilities and London's main railway stations.

Starting on September 4, the Mail Rail will instead ferry people on a one-kilometer loop, bringing to life a slice of London history on what was the world's first driverless electric train. 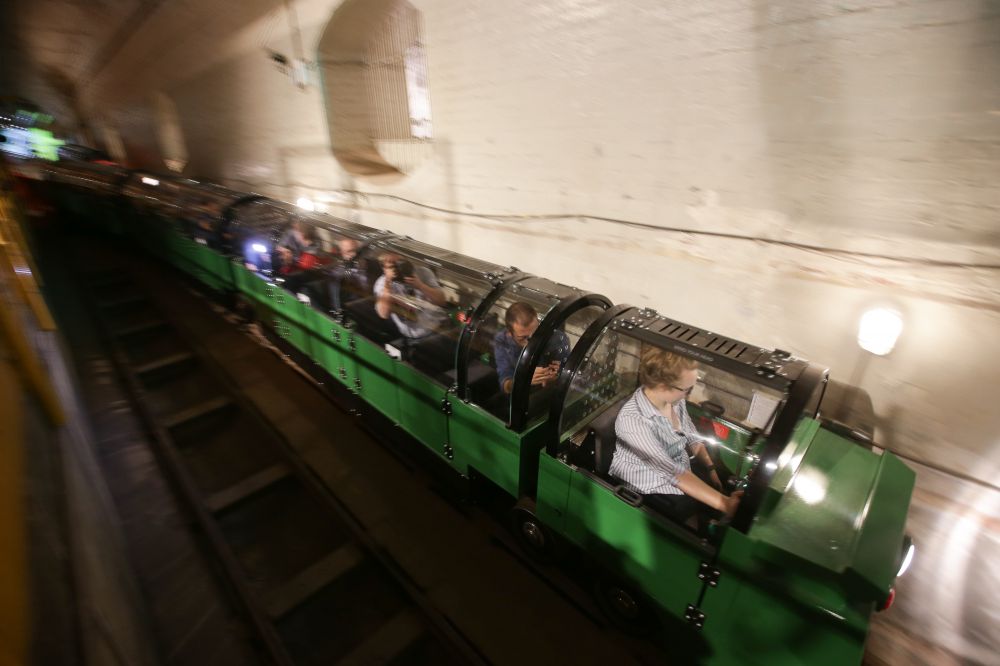 Penny Veck, visitors experience manager, drives a battery power train carrying members of the press inside the Mail Rail tunnels during a media preview of the new Postal Museum and the Mail Rail attraction in London on July 26, 2017.
© 2017 AFP Photo/Daniel Leal-Olivas

Bombed in the Blitz

Work on Mail Rail started in 1914 but construction had to be put on hold just a year later as World War I raged across Europe, causing a scarcity of labor and materials.

During the war, some of the tunnels were used for storing priceless art works to avoid air raids.

The trains began operating in 1927 and cut delivery times between the different London sorting facilities from several hours to just 30 minutes.

The railway was decommissioned in 2003 as mail centers were moved out of the capital.

In those 76 years, it operated 22 hours a day, transporting a daily average of four million letters.

Even the Blitz during World War II could not put a stop to it. Despite one of the Mail Rail stations being hit in 1943, the railway was back and running the very next day.

The attraction is part of the new Postal Museum opening on July 28 that retraces the vital role Britain's Royal Mail played over its 500-year history.

Visitors will be treated to tales of piracy, wars and the heroic attempt to save mail onboard the sinking RMS Titanic.

The doomed ship's RMS designation means it was a Royal Mail Ship under contract to carry post. Workers aboard the the boat tried vainly to move some of the 3,000 sacks of post to the upper decks when they realized the mail room was flooding.

Other highlights include the story of an 1816 delivery gone wrong when a mail coach was attacked by an escaped lioness and unsuccessful plans to deliver mail to remote Scottish islands with rockets.

Up Next: Sugar Might Be Bad For Your Mental Health: Study