In an ill condition, this old man lives in a small rickety hut

Brilio.net - An ideal house would have a fairly spacious room, sufficient windows, and also a strong roof construction. However, that ideal house cannot be obtained by mbah Sunyoto. This old man whose body is frail, has to live in a rickety hut which is very unsuitable for a human habitation.

Mbah Sunyoto has been living in his rickety house in Pinggirsari Vilage, Ngrantu, Tulungagung, and East Java since many years ago. The wall of his hut is only covered by plaited bamboos as well as the roof. The size of this hut is very small; that is only about 1m x 1, 5 m. All the daily activities such as cooking, showering, and also sleeping are carried out by him in this hut. 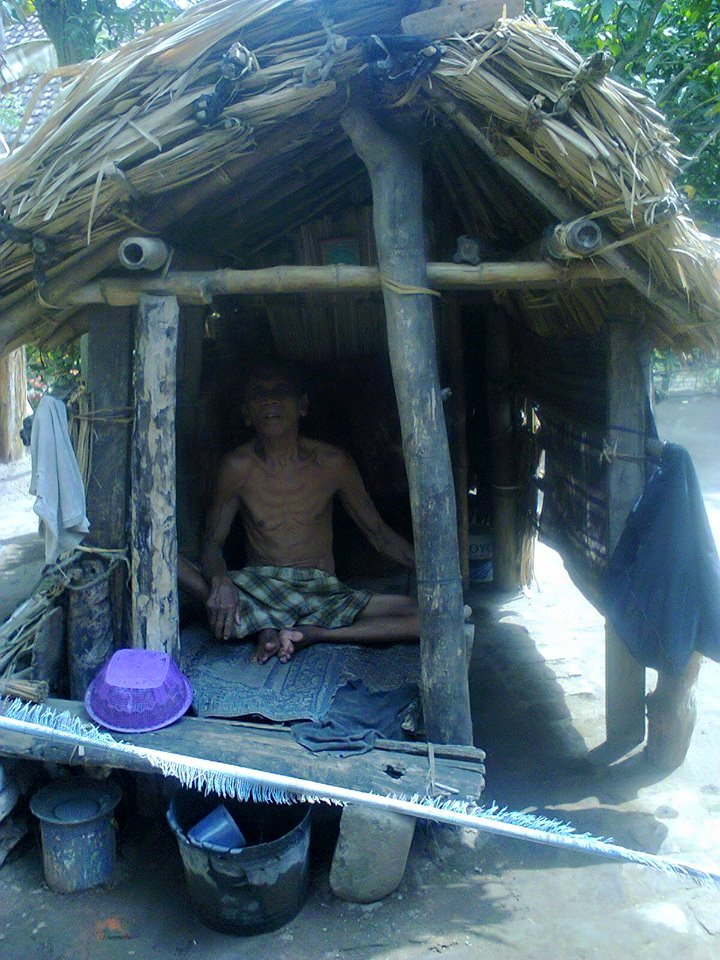 “Mbah Sunyoto has been suffering from a long illness as he fell when climbing an electricity pole,” said Denok, the member of Areta Formosa community who was firstly reported mbah Sunyoto’s condition, Saturday (8/8). “For years suffering the illness, his house and yard sold out for his treatment.”

Now, mbah Sunyoto has to survive alone in his rickety hut. Some neighbors around his hut who feel sorry for his condition give him a plate of rice every day. Actually, the relatives of Mbah Sunyoto already had a plan to build him a fair house to live, but mbah Sunyoto refused to live in the house for an unknown reason.

Up Next: Raldi Artono invents an inexpensive incubator to help families in need