Grebeg Besar: A time to seek blessings for all walks of life

Brilio.net - Yogyakartans marking the Muslim Idul Adha or Feast of the Sacrifice converged on the grounds of the Yogyakarta sultanate’s Keraton or royal palace of Sultan Hamengku Buwono X, who also doubles as Yogyakarta's governor, to mark Grebeg Besar, a particularly Javanese way of celebrating the holiday that is held in the province and other parts of Java. A parade of royal soldiers led the procession on Thursday (24/9), as they carried four ‘gunungan’ (huge piles of food), setting the tone for the festivities. Thousands of revelers defied the hot weather to join in the fun, which entails getting a portion of the gunungan to get a bit of its blessing. 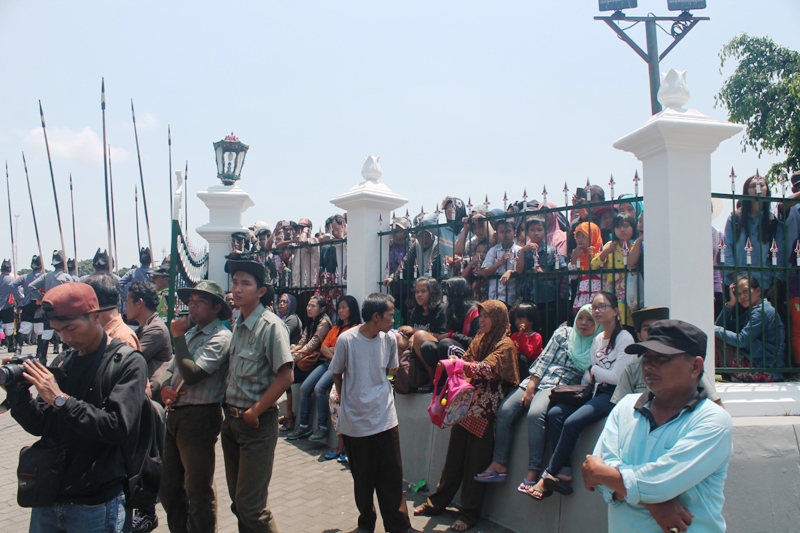 brilio.net/en notes  Yogyakartans crowded and jostled their way into the city’s northern town square, the center of the festivities, since 10 a.m. in the morning. Royal soldiers from the palace household regiments like the Wirobojo, Ketanggung , Bugis, Daeng, Patangpuluh, and Nyutro filed out of the Siti Hinggil gate. The squads then took the four gunungan towards the Masjid Gede (Grand Mosque) in Kauman. 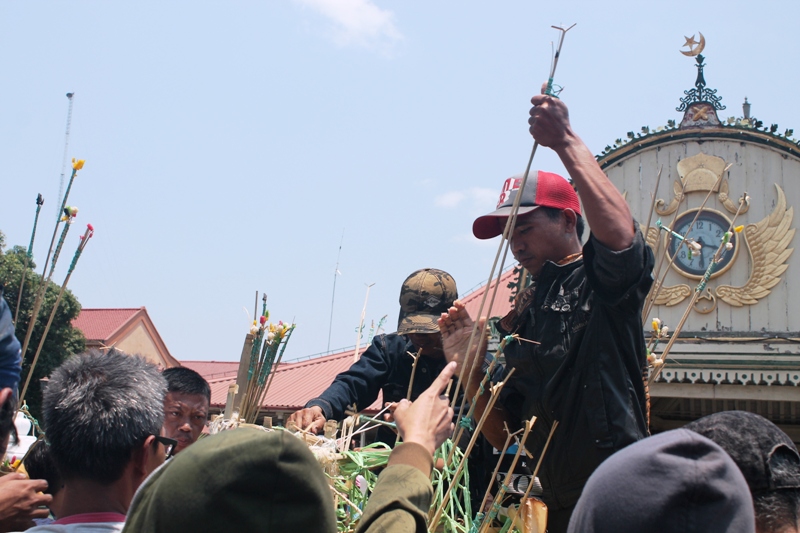 Snatching gunungan to seek its blessings

There, thousands of people snatched bits of the traditional foods and produce that make up the gunungan in a ritual known as ngalap berkah to partake in its blessings. Yogyakartans believe that the items on the gunungan can bless those who snatched it. “(Items on the gunungan) bless those who believe in it. They can serve multiple purposes, such as being thrown on a field to protect crops and plants against pests. They can also be eaten to cure various illnesses” says Ngatiyem, a Yogyakarta citizen who participated in the Ngalap Berkah part of the festivities. The three gunungan then paraded its way towards the Puri Pakualaman, the residence of Yogyakarta's vice governor and fellow monarch Paku AlamI X, which is about 3 kilometers from the kraton. The royal soldiers walked, rode horses and elephants in a procession that is perhaps Indonesia's answer to the Changing of the Guard in Great Britain.

Up Next: ‘Modern Jamu’ Comes in Fruity Flavors, Bids Bye-Bye to Bitterness!