End of Europe? Understand the BREXIT in 3 minutes

“Brexit” or “British- Exit” is the expression that has been used to talk about the possibility for United Kingdom leaving the European Union.

“Brexit” or the short version of “British- Exit” is the expression that has been used to talk about the possibility for United Kingdom leaving the European Union. Prime Minister David Cameron does not want to see his country leave the UE, but in order to obtain the compromises he has been asking for months from its European partners, he respected his words of organising a referendum (putting thus pressure on UE parliament) and will let the UK citizens decide…

For the record, the first version of a union between European countries was built after the second world war in 1957. UK joined it in 1973 but always remind cautious about a few topics relative to its affiliations to EU, the country decided not to adopt the “Euro” (the unique currency used in the EU) in 1992 for example. Back in 1973, 67% of people voted for the entry into the EU. Since the announcement of the referendum, the country is divided.

Why do some people want out of Europe? “I want my money back” said Margaret Thatcher, prime minister in 1979. This now almost legendary sentence says it all. The principal argument Cameron is pointed out, and that always has been a topic of debate over the last decades is the fact that UK would be paying more to EU than actually receiving from it. One of the things Europeans appreciates the most when travelling through Europe is also one of the reason some people in the UK want to leave Europe: freedom of circulation. Half of the immigrants in UK are coming from other EU countries (Poland, Romania and Baltic countries) of which they can’t control, due to the Schengen free-circulation rule. 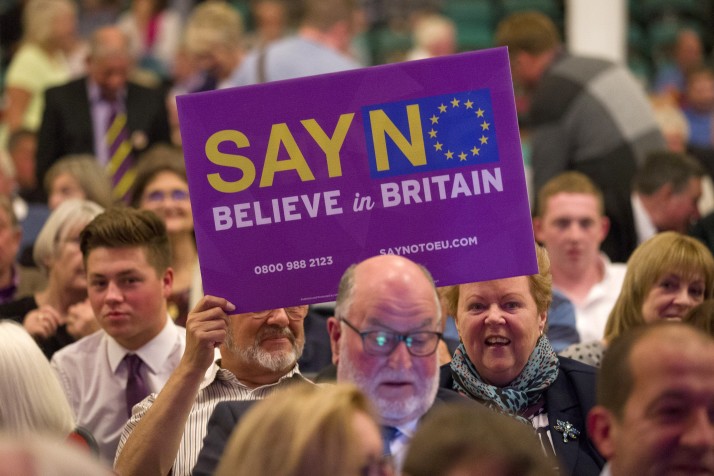 Among the other reasons, the partisans of the “no” want:

Is this the beginning of the end of Europe? Sweden recently announced it will leave UE too if UK’s out and what will then happen if there is no union at all between all those countries anymore?

It seems like the main problem right now is that European countries should probably stick together in adversity and difficulties, but they prefer to play it selfish and stab each other in the back instead.

Many economists, politician but also sociologists and philosophers have been writing about that topic and wonder where is this division going to take Europe? Is it a step towards the future or a step back?

Up Next: What’s so special about Beyoncé’s Lemonade