The sculpture will act as a part of an artificial reef that will hopefully serve as a breeding site for local species.

Brilio.net - Bali’s got some competition, at least when it comes to its underwater sculpture Park. Europe will open it’s first underwater museum on the Spanish island Lanzarote. The Atlantic Museum, which can be found on the seafloor of Las Coloradas bay will feature an instillation by international artist Jason deCaires Taylor, who drew his inspiration from “the defence of the ocean.” His work has previously been exhibited in the Bahamas, Mexico and the Antilles.

The sculptures are constructed from environmentally friendly concrete, and will act as a part of an artificial reef that will hopefully serve as a breeding site for local species.

DeCaires Taylore is taking everyday scenes from life, such as a couple taking a selfie or a group of 35 people crossing the street, and submerging them underwater. The exhibit will only be available to those who don’t mind getting wet and enjoy diving, as they are located between 12 and 15 meters beneath the sea. 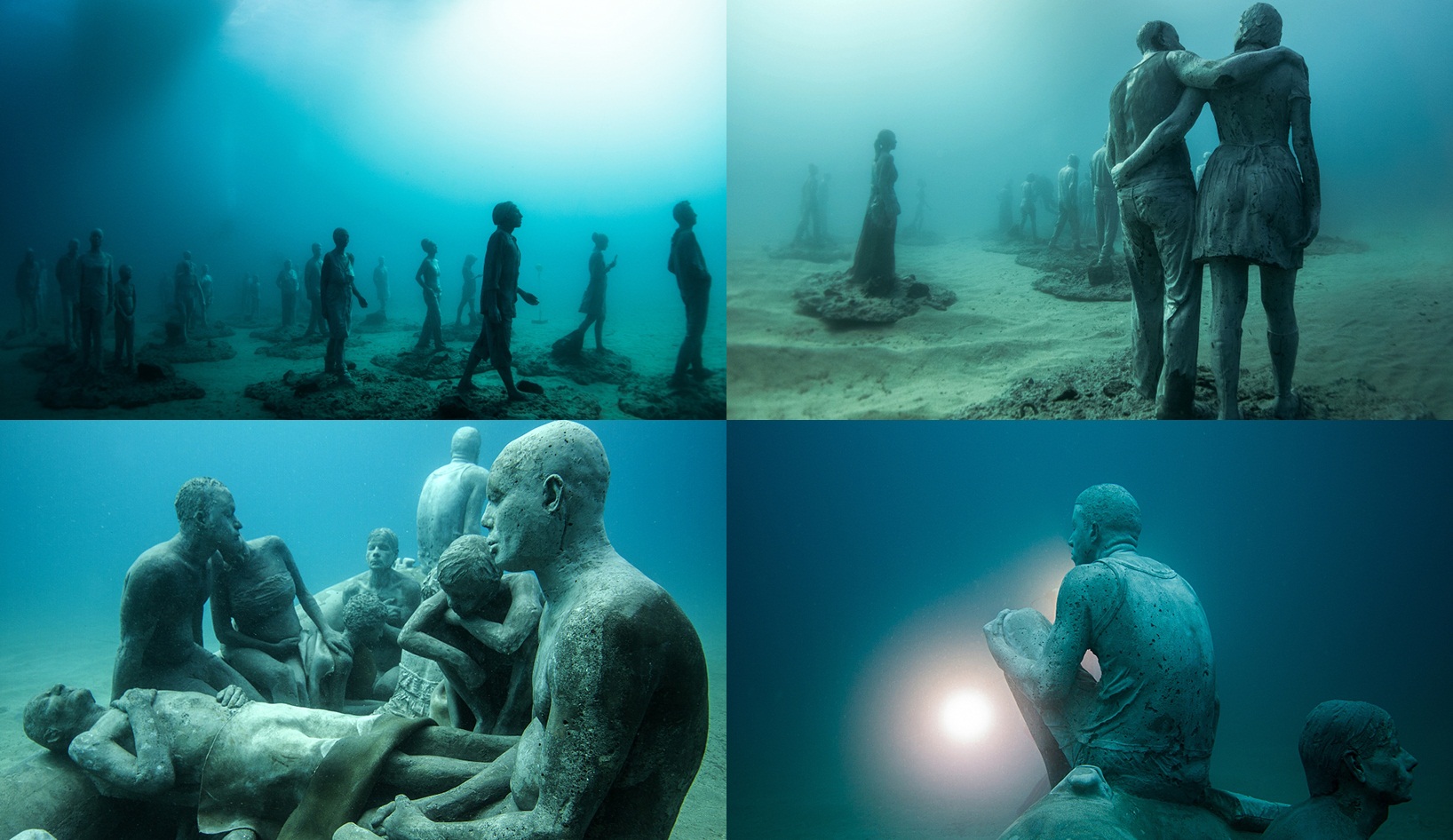 Bali has its own underwater sculpture. In 2014, Bali’s local fishing communities teamed up with Reef Check Indonesia and the Marine Foundation to install a sculpture that would regenerate and nurture the reef regeneration. The sculpture is made of white, pH-neutral cement by Balinese sculptor Wayan Winten and as is Balinese tradition was blessed before being released into the ocean. The statue now lays 30 meters deep and is one of seven such sculptures found in Bali , around the Amed area. The statures, in addition to phasing out harmful fishing practices that have significantly diminished local fish populations, are quite the tourist attraction and add some flair to the deep, blue sea.

Bali and Spain join a list of several other locations around the globe that feature underwater sculptures, such as Grenada, Grand Cayman, Bahamas, Portofino, Bohol in the Philippines and Key Largo, Florida.

Up Next: Changing regulations make Bali holiday cheaper for Australians