Here's what the former First Lady had to say about rumors of her husband's involvement in the November 4 rally.

Brilio.net - The November 4 rally may have passed, but social media arguments and debates around the subject has yet to end.

In response to a comment on a photo of her son Agus Yudhoyono, one of the three candidates for the Jakarta gubernatorial election, and his wife Anisa Pohan, Ani wrote that her husband has served in the army for 30 years and led the country for 10 years, emphasizing he is dedicated to serving and defending the country. 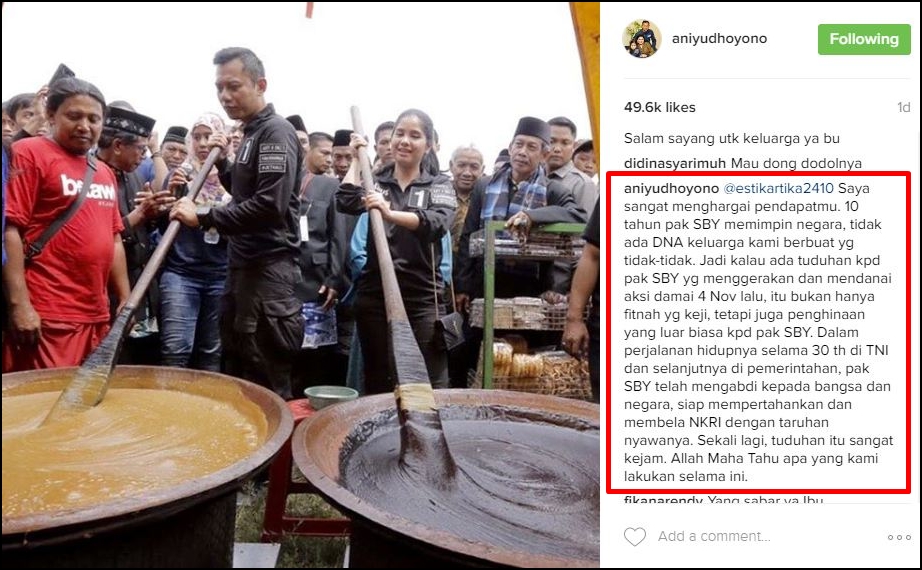 “I really appreciate your opinion. SBY led the country for 10 years, [and] it is not in our family's DNA to conduct wrongful doings," she said. "So if there are accusations that SBY had funded and stirred November 4's peaceful rally, that is not just vile slander, but also an extraordinary humiliation to him."

"Thorughout his life for 30 year in the military and 10 more years in the government, SBY has dedicated himself for the nation and for the country, he is ready to defend the Republic of Indonesia with his life. Once again, that is a cruel accusation. God knows what we've been doing all this time."

Up Next: 10 Hollywood Movies That Filmed Scenes In Indonesia