Like every week, protestors urged the government to finish human rights violation cases, from the 1965 tragedy to Munir's case.

Weekly protest for human rights were held for the 500th time in front of the State Palace yesterday. 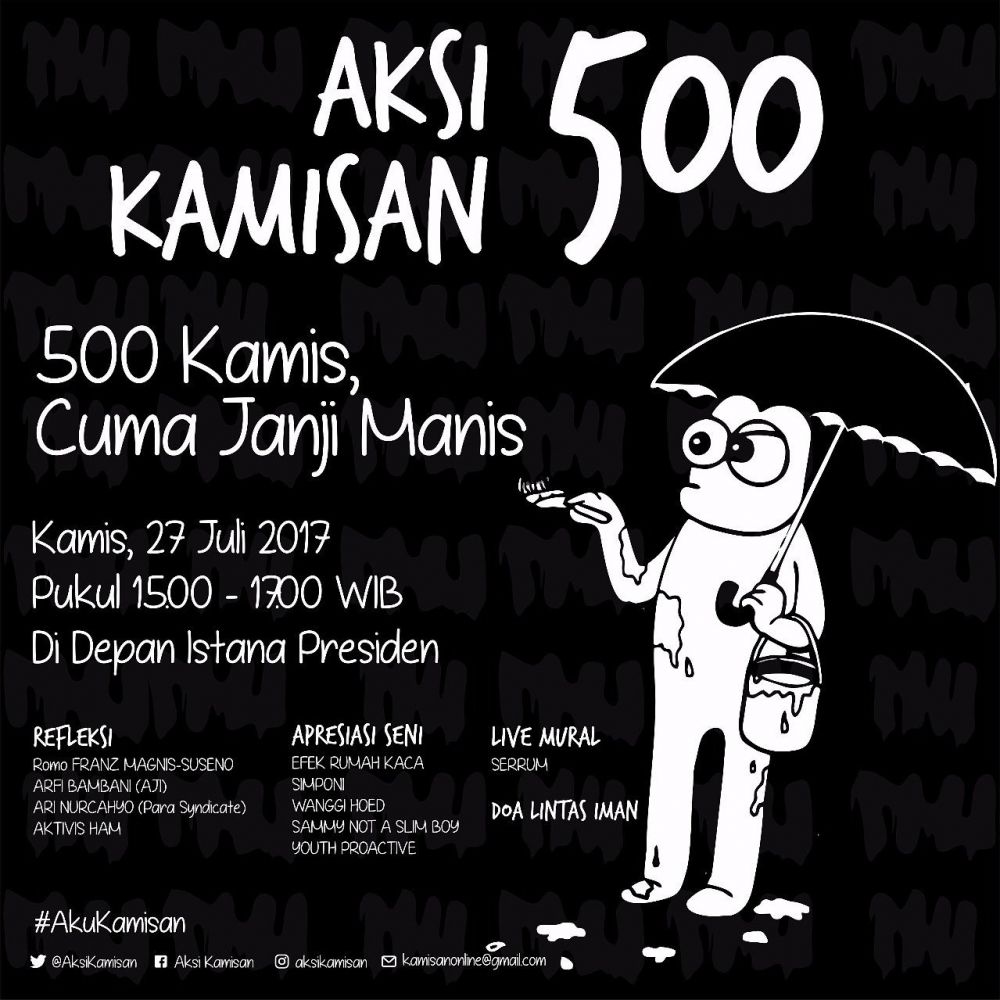 The protest was firstly started on January 18, 2007 and now it has been more than 10 years activists continuously urging the government to take actions regarding human rights violations in the hope of such violation will not happen in the country anymore and existing cases could be solved as soon as possible.

The cases the activists urge the government to finish include 1965 anti-communism massacre, the murder of Marsinah, May 1998 riot, the murder of activist Munir, rape cases, corruption and many more.

The 500th of Kamisan protest is held at the same time as 21th commemoration of Kudatuli, another case of human right violation.

They've waited 499 Thursdays to reclaim justice and tomorrow will be their 500th. 5 facts about #AksiKamisan500 you need to know. @amnesty pic.twitter.com/XkUCu2F97C

Up Next: Sorry, But The Police Will Not Freeze Rizieq's Case