5 Jaw-dropping facts about the fake vaccine in Indonesia

The practice of the fake vaccines production has actually been a thorn in the flesh for Indonesian communities.

Brilio.net - In the past two days, we are shaken by the case of fake vaccines that has struck Indonesia. The wide-spreading news suggested that the practice of the fake vaccines production has actually been a thorn in the flesh for Indonesian communities. This case has inevitably created anxiety and concern for children's healthcare, especially as the impact of the counterfeited vaccine to human body can be harmful.

The National Police Criminal Investigation Corps (Bareskrim) of Indonesian National Police (Polri) has managed to arrest Hidayat Taufiqurrahman and Rita Agustina, the suspects of the counterfeited vaccine case. The couple is allegedly involved in the making of the fake vaccines for toddlers, such as hepatitis, measles, tuberculosis, and BCG.

Other than that, here are five surprising facts about the counterfeited vaccine case that Brilio compiled from various sources:

1. A baby died after being given the vaccine, which triggered the alarm for the case

The revelation of the fake vaccine cases started from a report from community members and reporting from the media about a baby who died shortly after being given an immunization. Based on the report, police investigators collected data and facts from the field to be used in investigation.

2. Counterfeited vaccineshave been produced since 2003 and found in three provinces
From Bareskrim’s investigation, it is revealed that the vaccine counterfeiting syndicate turned out to have been producing fake vaccines since 2003 with wide distribution throughout Indonesia. Investigators found additional evidence of fake vaccines that leads to three provinces: West Java, Banten and DKI Jakarta.

According to Bareskrim Director of Special Economic Crimes, Brig. Gen. (Pol) Agung Setya, the syndicates consists of 10 people; five acting as manufacturers, two as couriers, two as sellers and one was in charge of printing the fake vaccine labels.

3. The couple suspected of vaccine counterfeiting are know to be religious and refined figures

The resident of Kemang Regency in East Bekasi, West Java, were shocked by the arrest of a couple in that elite residential. Husband Hidayat Taufiqurahman and wife Rita Agustina were arrested by the Directorate of Special Economic Crimes Bareskrim Polri. They are suspected to be criminal minds beyond the vaccine counterfeiting.

4. The ingredients and the ways of making the fake vaccines are cringe-worthy
Through police’s searches and investigations, it’s found that the criminals were using anti-tetanus liquid mixed with infusion fluid as base for the fake vaccines. Both liquids were placed in recycled vaccine bottles.

Labels and packaging were also made in high details. In addition, the fake vaccines weren’t being made in sterile laboratories, but in a storehouse that was turned into a vaccine compounding station. 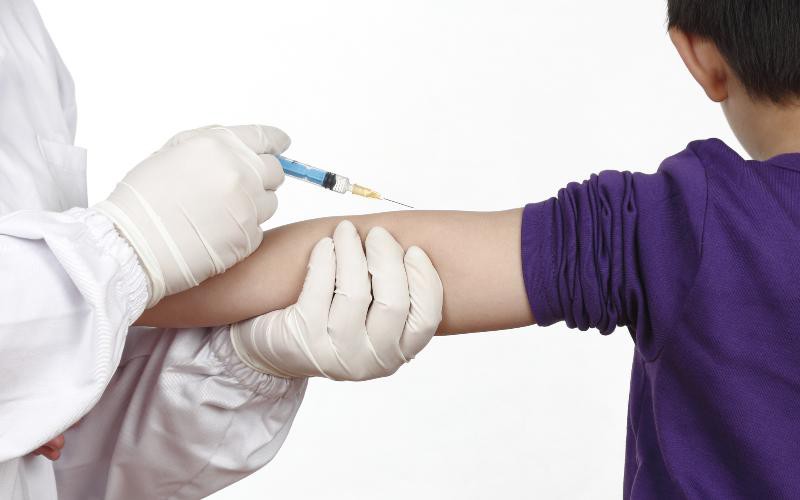 Vaccinologist dr. Dirga Sakti Rambe, M. Sc-VPCD revealed some particular symptoms of fake vaccine poisoning. According to him, less severe infection may occur, but in some cases, the effects can be more severe. Severe infections indicators ranged from high fever, increased pulse rate, increased respiratory rate, increased leukocytes, losing appetite, to unconsciousness. There is no need to worry if there aren't any indicators after one week of the vaccination.

Dirga mentioned that other impacts related to the fake vaccine to human body are actually depend on the ingredients used in the vaccine.

Up Next: Shark week 2016: get to know the most feared animal