Find out which Indonesian dances made it to the band's crowd-sourced video.

Coldplay has launched a crowd-sourced music video for its 2015 song Amazing Day, featuring footage submitted by fans all over the world, including Indonesia.

Two Indonesian dances, namely the Topeng dance and Saman dance, could be found in minute 4:33 of the video.

"On November 19 2016, we asked you to show us what was happening in your corner of the world for our Amazing Day global film project. Thousands of you did," the band said in a statement.

In submitting the video, fans used the hashtag #ColdplayAmazingDay on Instagram and shared their location. They were also required to submit the same footage through the band's official website. 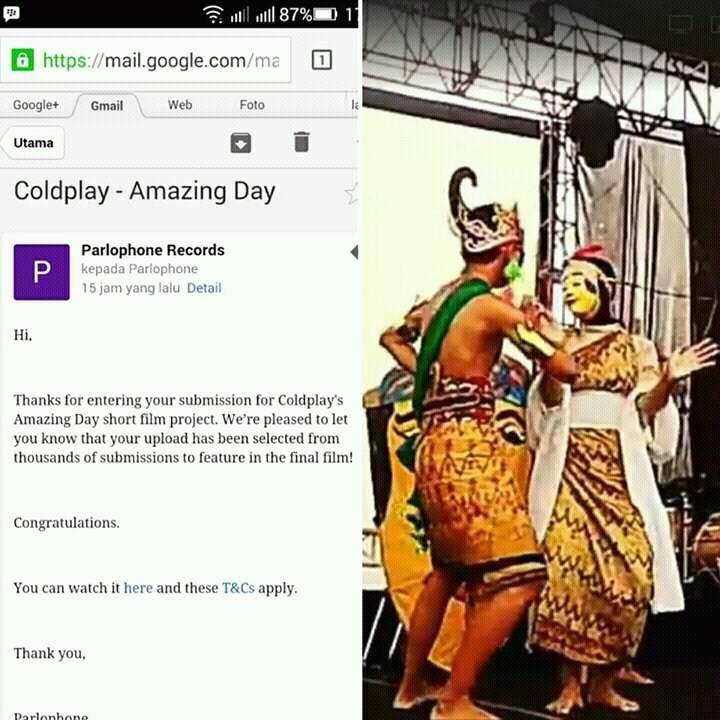 Amazing Day is the fifth single from the band's latest album, A Head Full of Dreams, and you can watch the video here.

Up Next: Australia Denies Trying To 'Recruit' Indonesian Soldiers